Tiger Woods Sympathises With Serena Williams And Rafael Nadal - Age Is Our Nemesis!

Tiger Woods can identify with the struggles of Serena Williams and Rafael Nadal as they each bid to make history in their sport, with time against them 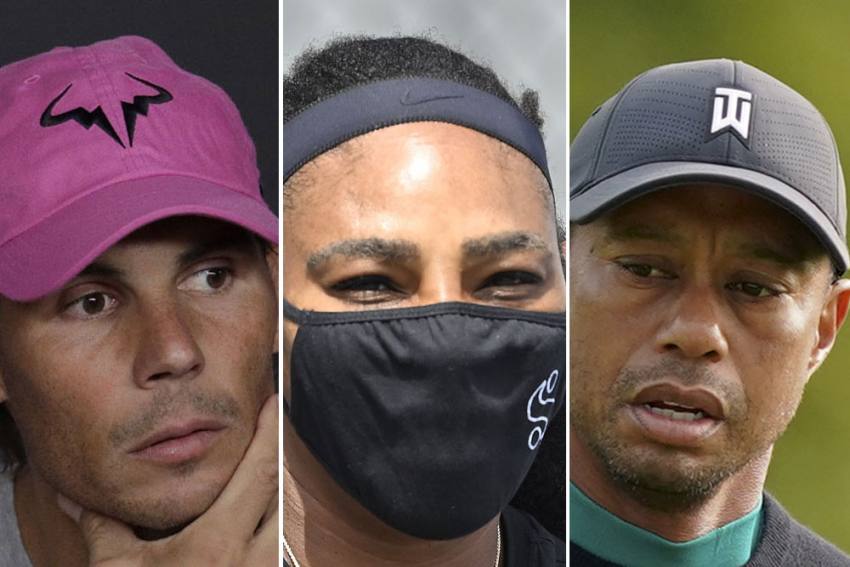 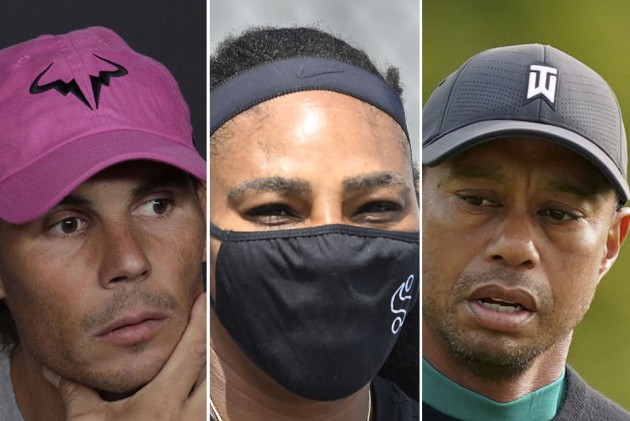 Tiger Woods can identify with the struggles of Serena Williams and Rafael Nadal as they each bid to make history in their sport, with time working against them. (More Sports News)

This week, 40-year-old Woods will yet again seek to add to his major haul of 15 in pursuit of Jack Nicklaus' record tally of 18.

It was a mark that Woods appeared destined to surpass when he reached 14 in 2008, but his 2019 Masters triumph ended an 11-year drought brought on by injury and personal issues.

Fellow American Williams has similarly hit a barrier in her quest to catch Margaret Court's grand slam total of 24, with the 38-year-old having been one behind since 2017.

Nadal, the youngest of the trio at 34 and also one shy of the all-time mark, faces a slightly different challenge in that his target could be a moving one, with Roger Federer still looking to increase his number of slams victories above 20.

Asked if the proximity to such historic milestones made it harder to win, Woods suggested age was the greatest factor.

Tiger Woods has won the Masters.

"You know, I think it gets harder to win as we all age," he said at Winged Foot ahead of the second of three majors this year.

"I think that whether it's Rafa or Fed or Serena, they've been so consistent and so dominant for such a long period of time, that's how you get to have those all-time marks.

"Consistency over a long period of time is the hallmark of those records."

The U.S. Open has not been at Winged Foot since 2006, when surprise winner Geoff Ogilvy took the honours after finishing five over par.

That sums up the difficulty of the challenge facing the field this week, with Woods citing this track as one of the toughest in the world.

"I think it's right up there next to Oakmont and I think Carnoustie as far as just sheer difficulty without even doing anything to it," he said.

"I think those three golf courses, they can host major championships without ever doing anything to them.

"The winning scores here have never traditionally been very low. I don't see that changing this week.

"The golf course is going to be hard. It depends on how difficult they want to set up these pins, give us a chance at it.

"But with the forecast, it's going to be difficult no matter what."