Antonio Rudiger and Kepa Arrizabalaga were involved in a training ground confrontation, Thomas Tuchel has confirmed. 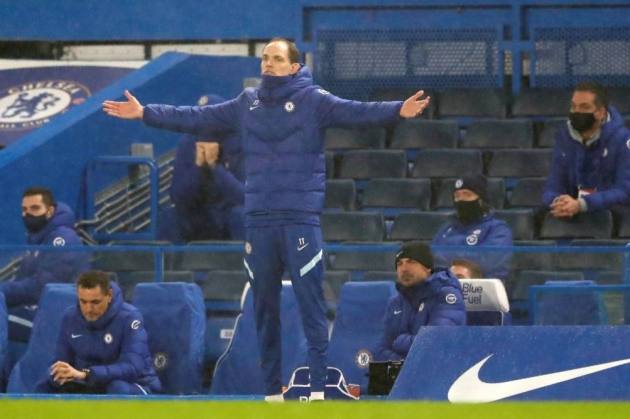 Thomas Tuchel confirmed Antonio Rudiger and Kepa Arrizabalaga were involved in an altercation in the wake of Saturday's shocking 5-2 defeat to West Brom, a game that Chelsea's head coach still cannot get his head around. (More Football News)

Chelsea found themselves on the end of a humiliating loss to the Premier League's second-bottom team, conceding five goals in a home league game for the first time since October 2011.

Similarly, West Brom netted five times on the road for the first time in over nine years.

Thiago Silva's sending off when Chelsea were 1-0 up was deemed to be the turning point, with Matheus Pereira netting a brace just prior the break, before Callum Robinson repeated that feat in the second period. Mbaye Diagne got the other Baggies goal, with Mason Mount's strike a mere consolation.

If the defeat was not bad enough, reports emerged the next day claiming Rudiger and Kepa had been involved in a bust-up at training.

While Chelsea did not comment on the matter publicly, Tuchel was open about the situation in Tuesday's news conference as he addressed the media ahead of the club's Champions League quarter-final first leg against Porto.

"It was not [serious]. It was an incident in training and got heated between Toni and Kepa," Tuchel said. "We calmed the situation down immediately. I don't want to play things down artificially, we do not want to accept [such incidents] but they can happen because everyone is competitive in training matches.

"The reaction to it, Toni and Kepa, was amazing. They showed how much respect they have for each other. They cleared the air and there was nothing left one day after.

"We spoke about the issue and then it was solved. This is the main part. It will stay with us, it wasn't awkward. They solved it straight after training in an honest and humble way and it showed me they have good character."

But although he initially played down the incident, Tuchel backtracked and emphasised the gravity of what occurred.

A chance to bounce straight back! #MondayMotivation pic.twitter.com/9hTUrECmXH

"That it got out [leaked]...I get used to it in modern times. There are too many channels and ways that information can get out. I heard even that some of my debrief from the match got out there too. Ok, it's not nice but I am not going to focus on who is the leak or whatever. I don't want to lose my trust in the group so I will accept it."

Regarding a punishment, Tuchel confirmed Rudiger will play on Wednesday and added: "No, no punishment so far because of the way they dealt with it. The reaction was immediate, they made it clear for everybody what happened. Toni sorted out it directly, which was necessary. It was a strong and brave thing to do and the right thing to do."

Tuchel quickly used the scrap to turn attention back to Chelsea's misfortune against West Brom, adamant that the statistics of the game suggested they ordinarily would have won.

"It's very natural there is a reaction to a result and game like this, so it is necessary to adapt," the German said. "It is a strong part of sports at this level that the guys hate to lose. So, if we suffer a big loss in a weird game, it's normal there are reactions.

"You have to swallow it and accept we lost the game. Then it's important that we are reliable in analysing the game. We can't only do meetings depending on the result. We can be critical after wins and we can point out things we like even though we lost 5-2. 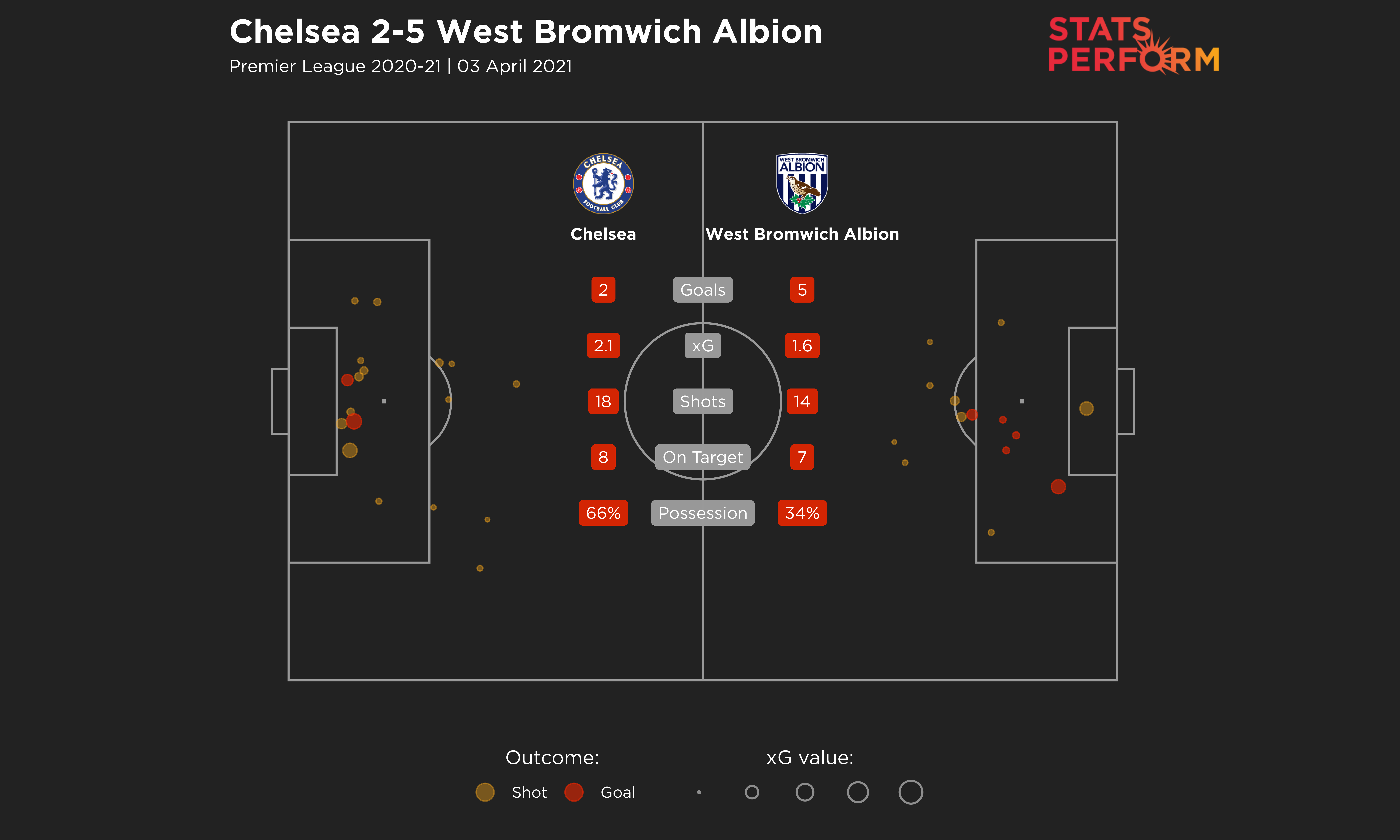 "Part of this game's story is we won all the statistics against West Brom, all of them, with 10 men and 11 men, all statistics that matter to win games. Even expected goals [xG], we won the bypassed defenders, we won touches in the box, we won shots on targets – we won everything.

And Tuchel has a point – in terms of xG, Chelsea edged West Brom 2.1 to 1.6, meaning the visitors were incredibly clinical with their chance-taking.

Nevertheless, West Brom's xG value was comfortably the highest registered by any team against Chelsea since Tuchel was appointed in January.

With a man advantage, West Brom certainly capitalised on the extra time and space in the final third.