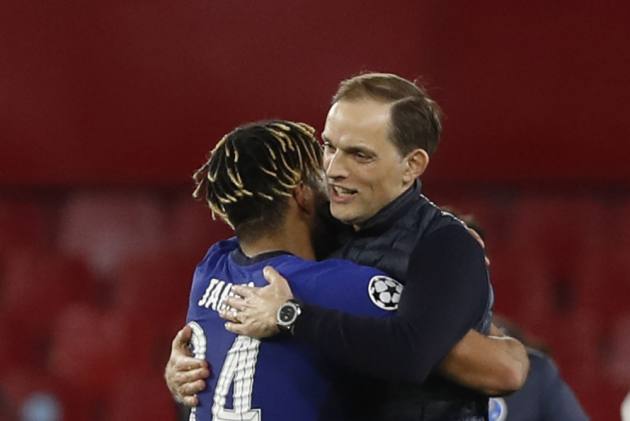 Chelsea head coach Thomas Tuchel said the Champions League is "anyone's competition" to win after his side reached the semi-finals with a 2-1 aggregate victory over Porto. (More Football News)

Porto won the second leg 1-0 on Tuesday but it was not enough to overturn Chelsea's 2-0 first-leg victory.

Chelsea will play either Liverpool or Real Madrid in the semi-final, while Paris Saint-Germain will meet either Manchester City or Borussia Dortmund.

As Chelsea prepare for their eighth Champions League semi-final – the most of any English club – Tuchel told reporters: "We're in the competition and in the semi-final it is anyone's competition.

"In the semi-final, you need players fit, momentum, luck in the games.

The German added: "It is a very big achievement. You see when Chelsea was last in the semi-final.

"We are not used to being there. Once you are there, you play for the final. This is clear."

Tuchel delighted with the professionalism the Blues showed against Porto in the @ChampionsLeague.

Chelsea will be appearing in their first Champions League semi-final since 2013-14 with a younger brigade of players compared to their upcoming opponents.

"When you look on the scoresheet last week, you saw two players [Mason Mount and Ben Chilwell] who scored their first goals in the competition," Tuchel said.

"When you look at Kylian Mbappe, Neymar, [Karim] Benzema or [Mohamed] Salah score, it is their 50th or 100th goal or something. We arrived with a very young team.

"We want a young team to turn it around. What a young team can do it run, fight and hang in there. It is an adventure for them. It is a big step to be here."