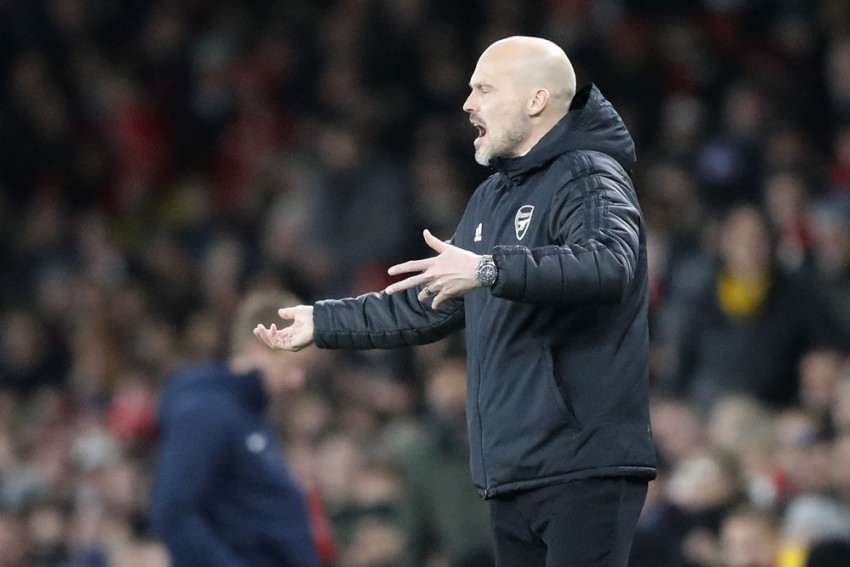 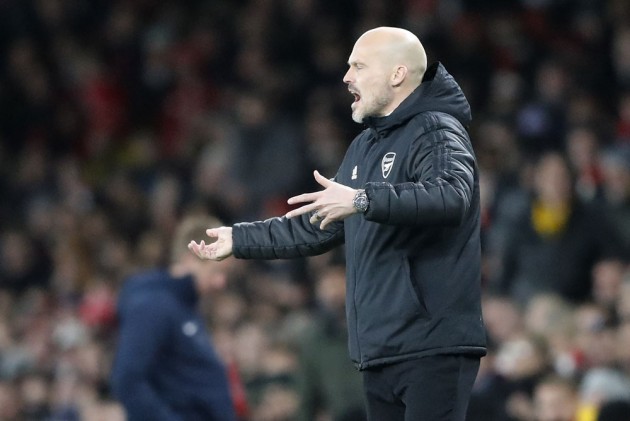 Freddie Ljungberg acknowledged Arsenal's players are going through a crisis in confidence after they slipped to a 2-1 English Premier League defeat at home to Brighton and Hove Albion. (More Football News)

Neal Maupay's late header earned the Seagulls a deserved three points against Arsenal on Thursday, as Ljungberg's first wait for a win since taking over from Unai Emery on a temporary basis rolls on.

Arsenal are now winless in nine matches in all competitions – their worst run since March 1977 – and sit in 10th position, 10 points adrift of the top four.

Ljungberg conceded his side are suffering a severe lack of confidence, claiming "this is not Arsenal" was the message he issued to the players after a dismal first-half showing.

"It was tough. We didn't show up in the first half, didn't work hard and want to play. You can't start like that," Ljungberg told reporters.

"Second half we had a word and were better but we are suspect on the counter and we have no confidence. We gave them 45 minutes at home. I need to work on that and get confidence back into the boys.

"It's a concern for any coach, a lack of confidence. At half time we said 'This is not Arsenal, we have to give it a crack.' That's what I want to see from them.

9 - Arsenal are winless in nine games in all competitions, their longest such streak since a run of 10 in March 1977. Mess. #ARSBHA pic.twitter.com/l8uC4RyRFY

"Of course it's disappointing but we've got to keep on going. The players are low on confidence, I think you can see that. There was a little bit of a reaction in the second half, but you've got to start games like that.

"We're in a difficult situation, we've lost a lot of games and the confidence has gone down. We started the game flat with no energy. It's my job to get them to be aggressive and play with energy."

Graham Potter, meanwhile, has now won both of his matches at the Emirates Stadium, having previously guided Swedish club Ostersunds to a 2-1 victory away to Arsenal in February 2018.

It is Brighton's first away win against Arsenal and ends a run of three successive defeats.

"It's a nice moment, a nice three points, gives us a bit of belief," Potter told Prime-Video. "I think we've played five of the big six away from home, we've got better.

"Played well against Liverpool, got nothing, but today I thought it was a good game from us. Not perfect, you can't be perfect, but we showed enough character, courage, bravery and quality as well.

"Hopefully it gives confidence and belief in the work we've been doing. We haven't been a million miles away. Sometimes you need to zoom out and see the bigger picture. Our performances mean that if we carry on improving we can pick up points in this league."