Following confirmation of Reinier Jesus' move to Real Madrid, we spoke to a Brazilian football analyst to get the lowdown on the teenager 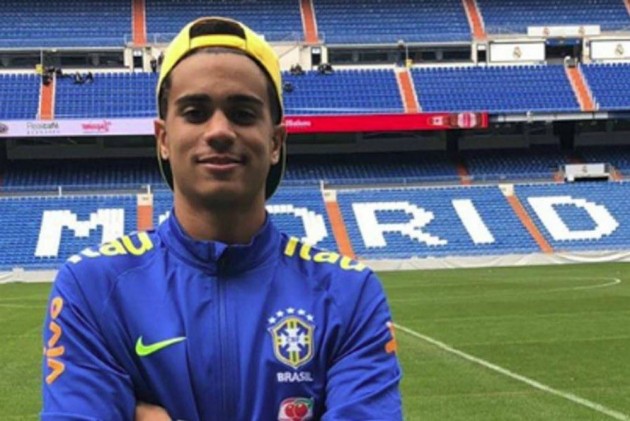 Real Madrid lifted the lid on the worst-kept secret in world football on Monday when they confirmed the signing of Flamengo talent Reinier Jesus for a reported €30million. (More Football News)

In completing the long-reported deal, Los Blancos bolstered an already impressive collection of young players on their books, with the club's future planning seemingly second to none in world football.

Reinier completed his switch the day after his 18th birthday and, while his price tag appears hefty, it actually led to friction within Flamengo – coach Jorge Jesus accusing the club of not being able to value their players, a comment vice-president Marcos Braz subsequently shut down.

Although a regular in transfer gossip columns of late, Reinier remains something of an unknown quantity and a complete rookie given he has played just 15 matches of senior football.

We asked Andy Walker, a Brazilian football analyst and expert for Football Radar, for the lowdown on the latest Brazilian 'wonderkid' to secure a move to the Santiago Bernabeu.

THIS is what you can look forward to from our latest recruit - @ReinierJesus_19! #WelcomeReinier pic.twitter.com/KT797AutSF

"Reinier is at his best in a No.10 role, but he does like to play slightly more advanced than a traditional '10', staying close to the striker as much as possible," Andy surmised.

It is an area in which Madrid are by no means short, but Reinier also boasts the flexibility to fill in right across the frontline. "He has actually been used as a striker at times by Flamengo as a result," Andy added.

What are his greatest attributes?

A Brazilian attacker coveted by Real Madrid – you might be able to guess at a few of his strongest traits, though Andy has also been impressed by Reinier's poise when it matters.

"A quick, direct dribbler who can glide past his man with ease, as well as possessing deceptively good close control and technique," Andy said. "He's also got a real eye for goal, with six goals in 729 minutes of senior football, with his composure really impressive given his very young age."

In which areas does he need to improve?

While he is certainly costly, it should not be forgotten Reinier has only just turned 18 and is by no means the finished article. Our expert has reservations over the Flamengo product's physicality and athleticism at the moment.

He said: "He needs to progress physically as we have seen him struggle to keep up the pace in the latter stages when playing a full 90 minutes, but that should all come as he learns the game and adapts to a more rigorous training regime in Europe. As with any young Brazilian, he will need a lot of growth on the tactical side of the game, but his six months under Jorge Jesus will prove a real benefit, rather than playing under some of the archaic Brazilian coaches."

Which player could he be comparable to?

Every talented young player from Brazil or Argentina gets labelled as the heir apparent to a previous superstar, and it seems Reinier is no different having drawn comparisons to a former Madrid player.

"The easy comparison to make is with Kaka – or specifically the Milan-era Kaka," Andy suggested, and he is not the only one to make that link. Guilherme Dalla Dea, Reinier's former Brazil Under-17 coach, said similar last year.

"I see him as a '10' – a Rai, a Kaka," he told FIFA. "I see these characteristics in Reiner. He likes getting in the box, scoring goals. He also scores goals from outside the box. I've so much belief in him. He's a kid, a youngster, but he's very level-headed and because of this he's our captain. I firmly believe we'll see him playing at a very high level overseas."

How does his potential stack up compared to Rodrygo and Vinicius?

There is no doubt Madrid are backing their own track record of turning raw young talents into the world's best, such has been their investment in under-23 players over the past few years. And the consensus is, Reinier's potential is vast.

"It's difficult to say given Rodrygo and Vinicius were given more time to show their talents in Brazil before moving, but Reinier's talent has been obvious since his very first game and I think the general feeling is that, if all goes well, then he could end up being the best of the lot," Andy observed.

Have there been any concerns relating to his mentality?

Talent can only take you so far. As a teenager moving to a new continent, Reinier will surely face mental challenges and those will likely determine whether or not he achieves success – but in terms of professionalism, he is seemingly well set.

"Reinier's team-mates and coaches have all been very positive about his attitude and willingness to learn, so he looks well-placed to make the most of his talents," Andy commented.

Similarly, his coach Jorge Jesus has no worries about that side of the 18-year-old, telling Marca: "I believe a lot in Reinier. I had several talks with him and we talked a lot from the point of view of how he can get better, about his defects, what needs to be corrected. Reinier is a very intelligent kid, he likes to learn and I can say he is a gifted one. I assure you, he is going to mature there. He will arrive in Madrid safe and quiet to do a job, but it is necessary to give him some time."