All eyes will be on Steve Smith, Jofra Archer and Ben Stokes as England face Australia in the fourth Ashes Test at Old Trafford, Manchester starting Wednesday. 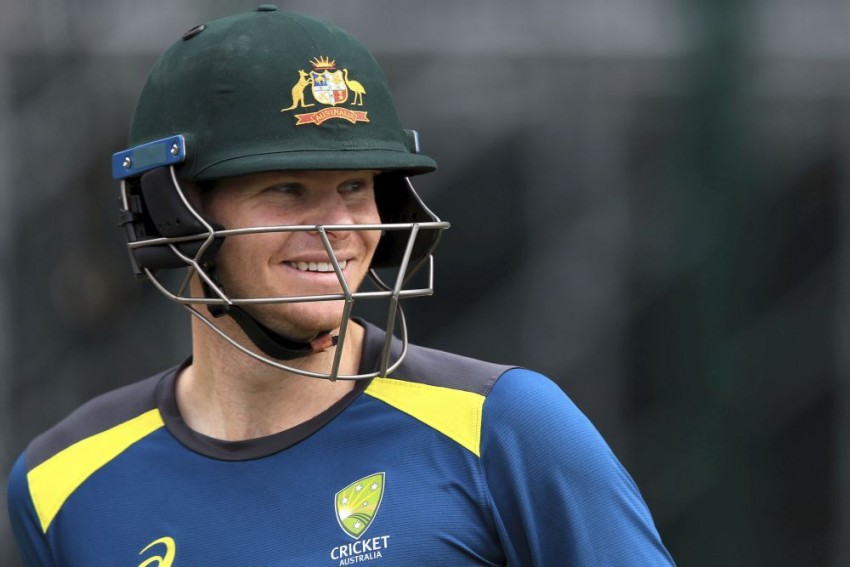 Steve Smith has hit two centuries so far in two Ashes Tests. The former Australia captain missed the game at Headingley, Leeds after failing to recover in time from the concussion he suffered at Lord's.
AP
Outlook Web Bureau 2019-09-03T09:57:13+05:30 The Ashes 2019: Australia Boosted By Steve Smith's Return; England Aim To Ride On Headingley Momentum 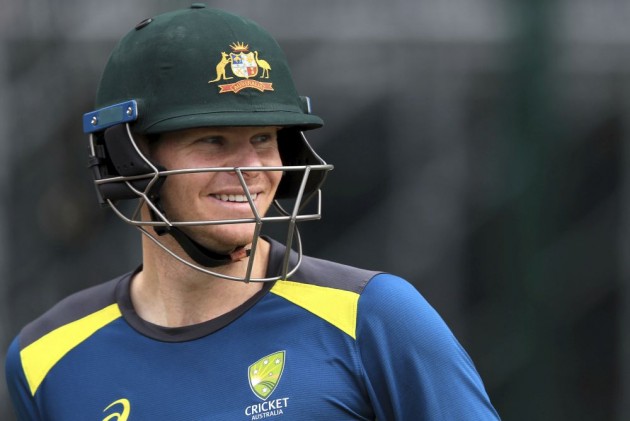 Australia head into the fourth Test at Old Trafford starting Wednesday (September 4) hoping Steve Smith and the boxer Muhammad Ali can revive their campaign following the hurt they felt at having the Ashes "stolen" from them by England. (CRICKET NEWS)

The tourists were on the brink of retaining the Ashes only for Ben Stokes's superb 135 not out delivered England a stunning one-wicket win in the third Test at Headingley.

Stokes's heroics have left the five-match series poised at 1-1 with two to play.

"He got his bike stolen and that was the fire he needed to become the greatest boxer of all time," said Langer.

"Now we've got to work out what we're going to do, and use that as fire.

"We're not going to feel sorry for ourselves and let it slip," added Langer, aiming to oversee Australia's first Ashes series win in England for 18 years.

Australia will make at least one change, with star batsman Smith returning from the concussion he suffered after being hit by a 92mph Jofra Archer bouncer that ruled him out of the third Test.

Smith, in his first Test series since completing a 12-month ball-tampering ban, scored 144 and 142 in Australia's 251-run win in the opener at Edgbaston before making 92 in the drawn second Test at Lord's.

Marnus Labuschagne, Smith's concussion substitute at Lord's, has made three successive Test fifties since his unexpected promotion into the side and retains his place with Usman Khawaja being dropped to make way for Smith''s return.

Fast bowler Mitchell Starc will hope to be selected for his first Test of this Ashes on what is set to be the quickest pitch of the series -- a surface that should also suit Nathan Lyon as the off-spinner tries to recover from fumbling what would have been a match-winning run out in Leeds.

Langer, hit several times on the head during his career as an Australia opening batsman, was confident Smith could overcome any doubts he may have felt after being felled by Archer.

"When you get hit, it's always a little voice on your shoulder. You've got to have a good strategy and he works the game out better than anyone I've ever met in my life," said Langer.

"If anyone's going to get over any little demons it'll be Steve."

"I'm sure when Steve comes in Jofra will be in (England captain) Joe Root's ear wanting the ball," Broad said.

"I might be stood at mid-on but I'll be excited when Jofra asks for that ball."

England could field the same XI that played at Headingley after James Anderson, their all-time leading wicket-taker, was ruled out of the last two Tests with the calf injury that means his four overs in the first innings at Edgbaston will be the only ones he bowls this series.

Rather than change top-order personnel, England's response to being dismissed for just 67 in their first innings at Headingley has been to have World Cup-winner Jason Roy, struggling as a Test opener, and number four Joe Denly swap positions.

"With Jason Roy in the team we are a better team and with him coming in at four, hopefully with the new ball worn off and myself and Rory Burns doing our job at the top, it allows him to come in and play his way," Denly who made his first fifty of the series in England's remarkable run chase in Leeds, told BBC Radio.