Sushil Kumar was arrested in outer Delhi's Mundka area on Sunday. The two-time Olympic medallist was on the run following the death of wrestler Sagar Rana 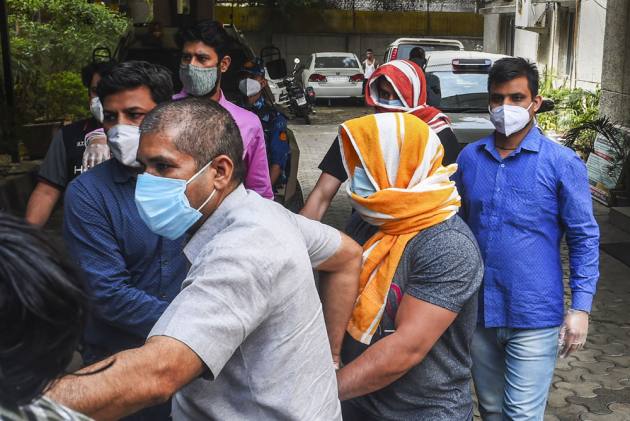 Evading arrest for nearly three weeks, Olympic medallist wrestler Sushil Kumar was nabbed on Sunday and remanded in police custody for six days in connection with the Chhatrasal Stadium brawl that had led to the death of a wrestler in Delhi. (More Sports News)

The stockily-built athlete, who used to be wrapped in the tricolour after winning medals for the nation, had his face masked by a towel and both hands held by Delhi Police's special cell officers.

Ironically, all this unfolded on World Wrestling Day.

The case relates to the May 4 incident at the stadium in which wrestler Sagar Rana died and two of his friends, Sonu and Amit Kumar, were injured after they were allegedly assaulted by Sushil Kumar and other wrestlers.

The Delhi Police had announced a reward of Rs one lakh for information leading to the arrest of Sushil Kumar, who had since been on the run. Another reward of Rs 50,000 was announced for Ajay Kumar's arrest.

After questioning him for around 30 minutes inside the court, the police sought his custody for 12 days for further interrogation.

During the proceedings, Additional Public Prosecutor Atul Shrivastava, representing the state, told the court that Kumar's custodial interrogation was required to unearth the whole conspiracy and motive behind the crime.

“The camera at the stadium was dismantled and he took away the DDR of the place. This has to be recovered,” the prosecutor told the court, seeking Kumar's custody.

Earlier, a Delhi court had refused to grant anticipatory bail to the two-time Olympic medallist, saying he was prima facie the main conspirator and allegations against him were serious in nature.

The case was also registered under sections 188 (Disobedience to order by public servant), 269 (negligent act likely to spread infection of disease), 120-B (criminal conspiracy) and 34 (common intention) of the IPC and various sections under the Arms Act.

Kumar's monumental fall from being one of the greatest Indian Olympians has been met by shock and disbelief in the sports fraternity.

"What he has done for Indian sports is something that can never be taken away from him. That's all I want to say at this point. Let things be clearer. I don't want to comment more," boxing star Vijender Singh, who has been to two Olympic Games with Sushil, told PTI.

Sushil Kumar is India's only world champion in wrestling and a three-time Commonwealth Games gold-winner.

Seasoned table tennis player A Sharath Kamal, who is gearing up for his fourth Olympic appearance, and several others conceded that the image of Indian sports will take a hit, though at the same time they added that people should wait for the investigation to complete.

"He is one of the best athletes we have had. People look up to him. So if he has done what he has done, it will negatively impact not just wrestlers but athletes from other sports also," Kamal said.

A prominent wrestling colleague of Sushil Kumar said, "Yes he has been arrested but only time and investigation will tell if he was involved or not. But definitely, it has hurt the image of wrestling and sport in general. Let's see what comes out of the investigation."