Rishabh Pant Would Have Given India A Left-Handed Option: Sunil Gavaskar

India have gone for experience over youth as they roped in Dinesh Karthik ahead of Rishabh Pant in the 15-man World cup squad. Pant's exclusion has surprised the cricketing fraternity. 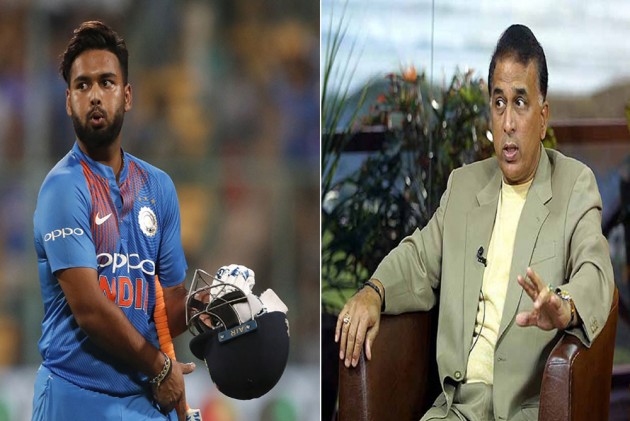 Rishabh Pant's omission from the Indian World Cup squad came in as a big surprise to the cricketing fraternity.

The 33-year-old Dinesh Karthik pipped Pant in the fight for the second wicketkeeper's slot in India's 15-strong squad for the World Cup, starting May 30 in England. Gavaskar said the move is surprising but backed Karthik as a better wicketkeeper.

"A bit surprised, looking at his (Pant's) form. He was batting exceptionally well, not only in the IPL but before that also. He was showing great improvement in his wicket-keeping as well. He brings that left-handed option in the top-six which is very handy against the bowlers," Gavaskar told 'India Today'.

"The bowlers have to change their line (for a left-hander) and the captains have to do a lot of field arrangements.

Pant has so far scored 245 runs in the ongoing IPL, compared to Karthik's 111.

Karthik was chosen over Pant despite an indifferent IPL campaign with the Kolkata Knight Riders. Gavaskar said there was some merit in the move.

"On a morning when say, MSD (Mahendra Singh Dhoni) has a flu and can't play, you want somebody who is a better wicket-keeper. I think Karthik's wicket-keeping skills, more than anything, have won him this place," Gavaskar said.

Gavaskar said Tamil Nadu all-rounder Vijay Shankar, who made it to the squad for his "three-dimensional qualities", will be a very useful player for the team.

"He is a cricketer who has improved over the last one year. He has grown in confidence. Shankar is a very useful cricketer. He is a very very good batsman, handy bowler, and an outstanding fielder," the batting great explained.

Former Indian batsman Aakash Chopra said Pant's elevation to the top tier of the central contracts had him believe that the youngster would make India's World Cup squad.

"Wasn't Pant elevated to the top tier of the Central Contracts a few weeks back?? Not a certainty in two of the three formats," Chopra wrote on hisTwitterr page.

"India has picked Shankar as #4 option. Without really knowing if it'll work. DK will play only when Dhoni isn't available. And no fourth seamer. Interesting choices. Hope it works. Good luck #CWC."

Former India medium-pacer R P Singh and star of India's 2007 World T20 triumph said he hoped that the decision to pick experience over youth works in the team's favour at the mega-event.

"Clearly they've chosen experience and patience in the form of @DineshKarthik. Middle order will be very interesting to see @klrahul11/@DineshKarthik could be at number 4. Rest seems sorted with @JadhavKedar and @msdhoni at number 5/6," Singh tweeted.