Dutee Chand Comes Out Of The Closet, Defends Her Same-Sex Relationship

While she does not want to reveal the name of her partner, Dutee Chand said that her decision to make the information public was based on her belief that she has the right to live her life the way she wants it 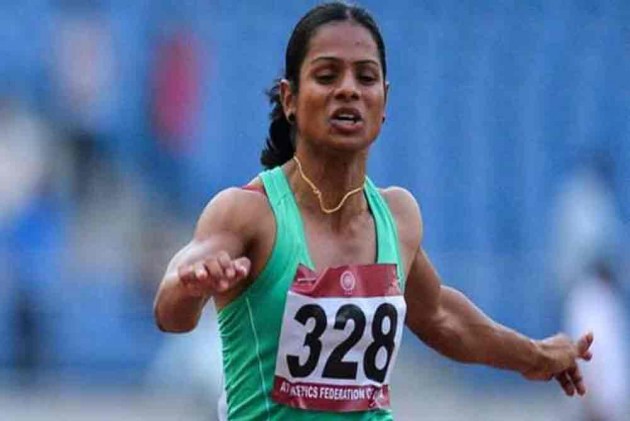 In a conversation with IANS, Chand revealed that she has been in a relationship with the girl for the past three years. While the couple had not thought of it as a long-term affair, the historic Supreme Court verdict in September 2018 that decriminalised same-sex relationships between consenting adults provided the impetus for them to arrive at a decision of spending their lives with each other.

"When the Supreme Court ruling came on Section 377, then we decided that there is no harm in spending our lives with each other. We decided that we will get married and have a small family for ourselves," she said.

"She is from my town and a sports fan herself. She read about the struggles that I have gone through to make a career in sports and told me that she was inspired by my story. That is how we came in touch with each other," revealed Chand.

While she does not want to reveal the name of her partner, Chand said that her decision to make the information public was based on her belief that she has the right to live her life the way she wants it.

"What we are doing is no crime. It is our life and we have the right to live it the way we deem right. I am in the public eye now because I am playing for the country but I will still have a lot of life left to live once I leave sports," she said.

Chand said that her partner has been a valuable support for her over the past two years. "She has not been able to come with me for the big events but she always prays for me when I am playing. We both never really get to spend too much time with each other but she is very supportive of me in my endeavours," she said.

The ace sprinter said that she is yet to tell her parents about the relationship. She is confident that they will accept it. "I have been playing for the country for a long time now and they have been happy with whatever I have done so far. Hopefully, they will understand this too," she said.

Born in Chaka Gopalpur in Odisha to two cotton weavers, Chand has been championing the cause of eligibility of female athletes in track and field events.

She successfully moved the Court of Arbitration of Sports (CAS) against the International Association of Athletics Federations (IAAF) rules on hyperandrogenism, which put a limit on testosterone levels of women competing in track and field events.

The rules were withdrawn in 2018 and that same year Chand won two silver medals at the Asian Games. Her 100m silver was India's first at the Asiad in 32 years, while her 200m silver was the country's first in 16.

She is currently training in Hyderabad to qualify for the World Championships and the Tokyo Olympics that will be held in 2020.