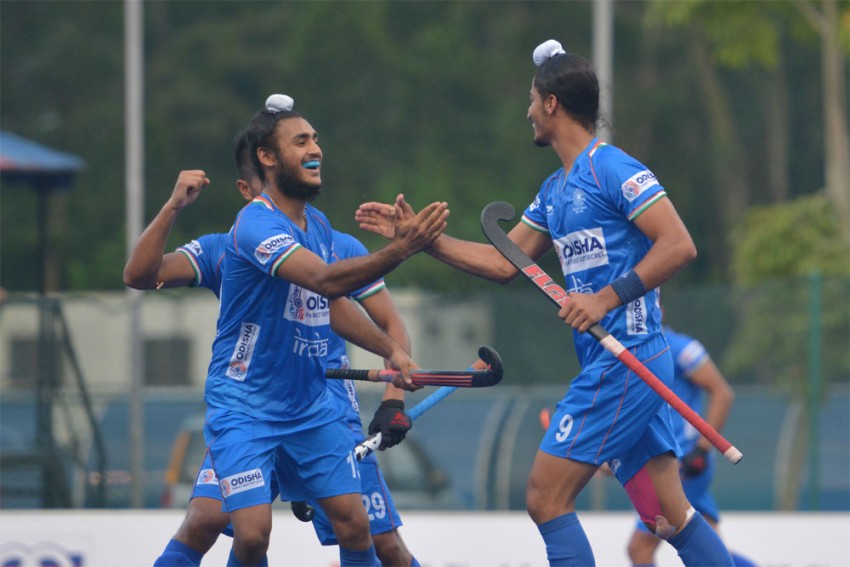 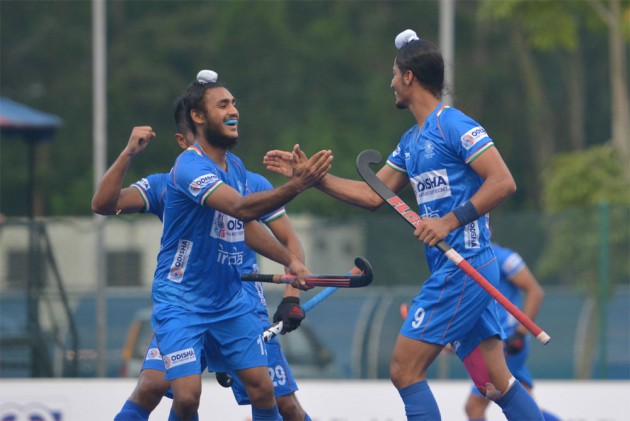 It was India's second win in the tournament and they face Japan in their next round-robin league-stage match on Tuesday.

The Indian team started the first quarter on an aggressive note, earning a penalty corner in the second minute of the match. The New Zealand defense unit blocked out the Indian attack and managed to stay in the contest.

However, Dilpreet Singh scored a fantastic field goal to put India ahead in the sixth minute.

India continued to put pressure on New Zealand and their relentless aggressive game paid dividends when Shilanand Lakra found the back of the net in the 14th minute.

New Zealand tried their best to pull one back, but the Indian defense held their ground as India led 2-0 at the end of the first quarter.

India rode on the momentum and struck their third goal at the start of the second quarter. Sanjay got into a fantastic position and found the breakthrough in the 17th minute.

New Zealand fought back and earned a penalty corner soon after, but the Indian defense stood tall once again.

Captain Mandeep Mor slotted India's fourth goal in the 20th minute. India earned another penalty corner a couple of minutes later and it was converted by Sanjay to put India in a dominant position.

New Zealand managed to pull one more goal back through a penalty corner in the last few minutes of the second quarter. Thomas got New Zealand on the board in the 28th minute as the two sides went into their second break with India leading at 5-1.

New Zealand found some momentum and made a few more inroads into the Indian half in the third quarter. They earned a penalty corner right away, which was saved by India.

A few minutes later, Thomas found the back of the net yet again as New Zealand reduced the gap. However, in the next minute, India carried out a counter-attack and scored their sixth goal.

Suman Beck scored a fantastic field goal as India led at 6-2 in the 45th minute.

India had a great chance to scored their seventh goal when they were awarded a penalty stroke but the New Zealand custodian pulled off a great save.

Pratap Lakra got into a brilliant position and struck India's seventh goal in the 50th minute. Soon after, Uttam Singh made a brilliant run and set up a goal beautifully for Sudeep Chirmako.