Sudeva Delhi Vs TRAU, Live Streaming: When And Where To Watch I-League Match

TRAU aim to secure a top-six spot with a win over Sudeva Delhi FC in their I-League match. Check match and telecast details 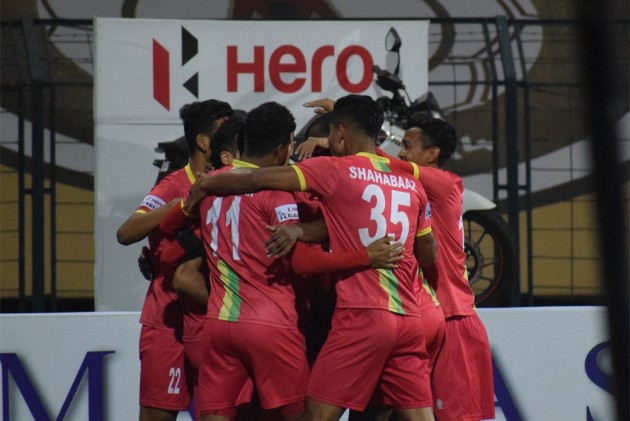 Tiddim Road Athletic Union (TRAU) would look to end the first stage of I-League on a high note and secure their place in the top six with a win over Sudeva Delhi FC when they lock horns in Kalyani, West Bengal on Sunday. (More Football News)

Sudeva Delhi were beaten 0-1 by Gokulam Kerala FC and are out of contention for a top-six spot. Chencho Dorji's team now sits at eighth place with nine points from nine games.

The top six teams from the first phase will once again play against each other, and the points from both phases will be added to determine the champion team. The teams that finish in the bottom five spots in the first stage will also play against each other. The points from both the phases will be added to determine which side gets relegated.

Being their first-ever season, Sudeva Delhi are immune from relegation. This, however, will not stop the Delhi side from aiming at all three points from TRAU and finishing the first stage of the league on a positive note.

Speaking ahead of the match, Sudeva head coach Chencho Dorji, said, "We learn a lot from every game. To be on the losing side is very difficult. Regardless of the results, we want to play good football and gather as many points as possible from the remaining games.

"Every opponent has their unique qualities. We need to focus on playing our natural game against TRAU. It will be hard to get chances against them. I am hoping we can get three points and return to winning ways."

TRAU revived themselves with a morale-boosting 5-1 win over Indian Arrows. Now, the Red Pythons sit fifth in the standings with 13 points.

While a draw might be sufficient for TRAU if either or both Mohammedan Sporting and Aizawl FC drop points, the equation is simple for Nandakumar's side -- win and secure a spot in the top six.

"I am very much pleased with our result from the performance against Indian Arrows. But, we cannot afford to rejoice just yet. We have another hurdle before we get to the next stage. I will be a happy man once we get a positive result tomorrow," Nandakumar said.

"At the start of the season, I believed that we would be in the top-six and that was our main objective. The players have given their best to stay in the top half of the I-League standings, and I am satisfied with where we are as a team."

Regarding Sunday's opponents, he said, "I really like the setup that Sudeva has. They have experienced Indian players. In most games, they have played with courage and drew against heavyweights like Real Kashmir, Punjab, and Aizawl. I expect it to be a tough game."