Here’s a list of each of Steve Smith's Ashes centuries 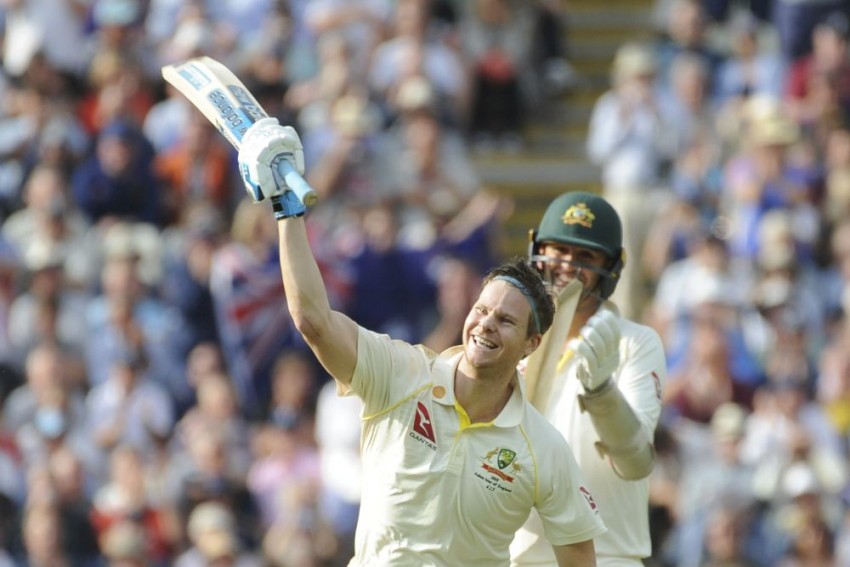 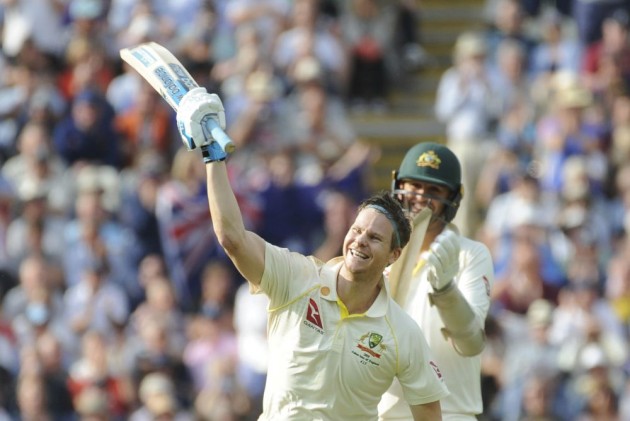 Steve Smith became just the third Australia batsman to score a hundred in each innings of an Ashes Test on English soil after he brought up his second century at Edgbaston.

Smith, the former Australia captain, scored a magnificent 144 from 219 deliveries in the first innings of the opening Test and led the charge for the visitors second time around on Sunday. Australia won the first Test by 251 runs.

Here’s a list of each of his Ashes centuries -

This was the century that marked the arrival of Smith the batsman in international cricket. England had already taken an unassailable 3-0 lead in the five-match series and the fifth and final Test was an opportunity for Australia to regain pride. In the first innings, Smith played an unbeaten knock of 138 to help Australia score 492/9 (declared). Shane Watson top-scored for Australia with 176. In reply, England were all out for 377 before Australia hit 111/6 and declared their innings to set the hosts a target of 227. England needed 21 more from 24 balls with five wickets in hand when play was halted by the umpires due to bad light.

Australia had already won the first two Tests and had a chance to wrap up the series in Perth. When Smith walked out to bat, Australia were in a spot of bother at 106/3. While Australia kept losing wickets at regular intervals from one end, Smith held firm from his end and went on to score 111 before becoming the eighth Australian wicket to fall. Australia eventually scored 385. England, in response, were all out for 251 before being set an improbable target of 504. Ben Stokes struck a century but England lost the Test by 150 runs which saw them lose the Ashes for the first time since 2006-07.

Australia arrived at the SCG with an eye on inflicting another Ashes whitewash on England. However, they found themselves in early trouble at 94/4. Smith once again turned out to be the Achilles heel for Alastair Cook’s side as he hit his second century of the series to rescue Australia and guide them to 326. Smith scored 115 and was supported by Brad Haddin, who made 75.

England's dismal tour continued as they were all out for 155. Australia, in their second innings, scored 276 to set the tourists an improbable target of 448. In reply, England were bundled out for 166 inside 32 overs to be thrashed by 281 runs.

After losing the first Test by 169 runs, Australia needed to make a statement in tat Lord's and Smith once again rose to the occasion. He became the first Australian since the Second World War to score a double-century at the home of cricket as Australia piled up 566/8 (declared). In reply, England were all out for 312. Australia then reached 254/2 (declared) in their second innings with Smith smashing 58 as the hosts were left with a mountain to climb. England needed to bat 155 overs to save the game or chase down a record 509. However, they failed miserably and lost by 405 runs.

When Australia and England headed to The Oval for the fifth Test, Cook’s side had already wrapped up the series. Australia had only pride to play for and also the added motivation of giving a winning send-off to their skipper Clarke. Well, it was Clarke's deputy Smith who once again stepped up to the plate as Australia thrashed England by an innings and 46 runs. Smith scored 143 while David Warner and Mitchell Starc scored half-centuries to propel Australia to 481. In reply, England were all out for 149 and 286 in both their innings.

Before the 2017-18 Ashes, the one question that was doing the rounds was how England would stop Smith. The Australia skipper was in red-hot form and looking almost invincible at home. And the way Smith performed in the first Test at Brisbane, it became clear that he would give England sleepless nights throughout the series. After England scored 302 in their first innings, Smith arrived in the middle with his team struggling at 30/2. But as he so often has, Smith batted his team out of the trouble once again with a superb unbeaten 141. Australia went on to post 328 and registered a 10-wicket victory later.

Smith made 687 runs during this series and Shaun Marsh was the second highest scorer with 445. As England marvelled at centuries from Dawid Malan and Jonny Bairstow after batting first in Perth, Smith scored a career-best 239 in a series-clinching win. He shared a 301-run stand with Mitchell Marsh (181) as Australia took a 3-0 series lead.

It was yet another instance when Smith proved to be the immovable obstacle for England as he scored his third century of 2017-18 Ashes to bat out a draw for Australia in the fourth Ashes Test in Melbourne. Smith stood firm to remain unconquered on 102 as the game ended in a draw. England had posted 491 courtesy Alastair Cook's double-century in reply to Australia's first innings total of 327. But England just could not find a way past Smith in the second innings and remained winless in the series.

A selection of some UK newspapers ahead of the final day of the first #Ashes Test â¦@Edgbastonâ© pic.twitter.com/NUugTqT77t

This will rank as one of Smith's finest in his career, not just against England. Playing his first Test since a ball-tampering ban, Smith arrived at the crease at 17/2 and was running out of partners as Australia were reduced to 122/8. However, he managed to put on an 88-run stand with Peter Siddle (44) and 74-run partnership with Nathan Lyon (12), making 144 to get the tourists to 284.

As if the century in the first innings wasn’t enough, Smith scored another in the same Test to turn his comeback into a dream. He followed up his first-innings 144 with 142 to become just the fifth Australian to score centuries in each innings of an Ashes Test, joining Warren Bardsley, Arthur Morris, Steve Waugh and Matthew Hayden. Smith's superb century, as well as a maiden Ashes ton for Matthew Wade (110) helped Australia score a massive second innings total of 487/7 (declared) to set the hosts a target of 398.