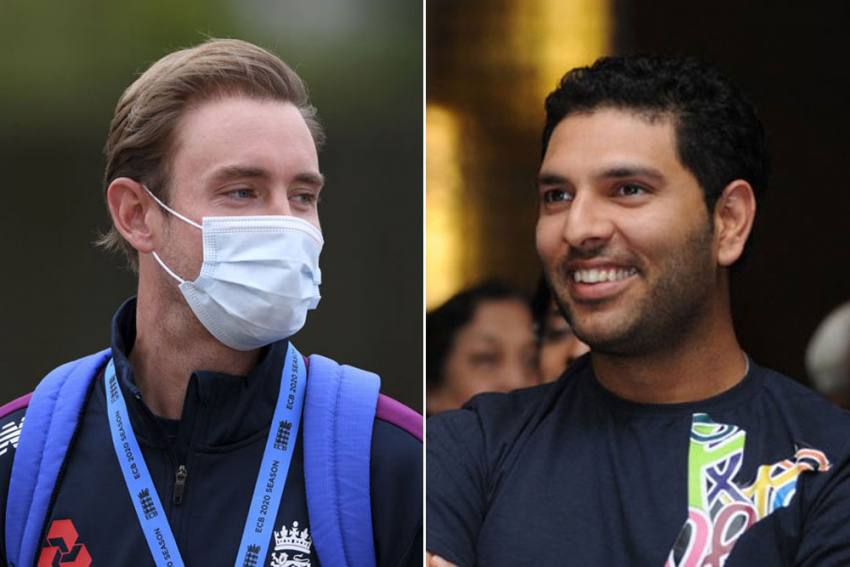 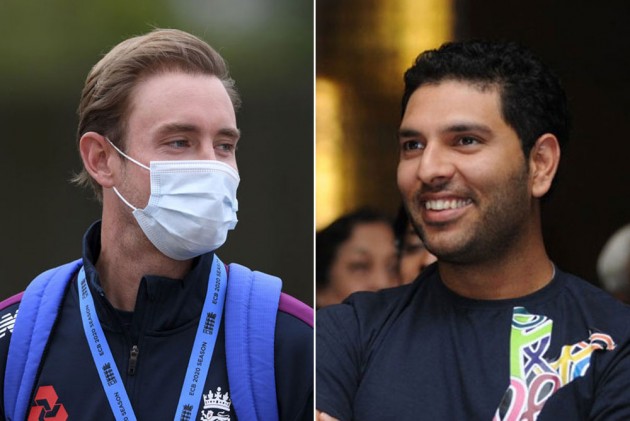 India's flamboyant former all-rounder Yuvraj Singh on Wednesday doffed his hat to Stuart Broad, 13 years after nearly bringing about a premature end to the England pacer's career with six sixes in an over. (More Cricket News)

On Tuesday, Broad became only the seventh bowler and fourth speedster to take 500 wickets in Test cricket.

The 34-year-old Broad reached the milestone when he dismissed West Indies' Kraigg Brathwaite on the fifth day of the deciding third Test in Manchester.

Yuvraj took to Twitter to ask his fans to applaud the Englishman's hard work and achievement.

"I'm sure every time I write something about @StuartBroad8, people relate to him getting hit for 6 sixes! Today I request all my fans to applaud what he has achieved! 500 test wickets is no joke - it takes hard work, dedication & determination. Broady you're a legend! Hats off," Yuvraj tweeted.

I’m sure everytime I write something about @StuartBroad8, people relate to him getting hit for 6 sixes! Today I request all my fans to applaud what he has achieved! 500 test wickets is no joke-it takes hard work, dedication & determination. Broady you’re a legend! Hats off ðÂÂÂðÂÂ½ðÂÂÂðÂÂ» pic.twitter.com/t9LvwEakdT

Broad was only in his second year in international cricket when Yuvraj famously took him apart in a World T20 match in Durban in September 2007.

Broad was dispatched for six sixes in the 19th over of India's innings as Yuvraj raced to his fifty off just 12 balls, which still remains as the fastest half century in the T20 format.

Since that forgettable night at the Kingsmead, Broad has gone on to play 140 Tests, 121 ODIs and 56 T20Is for England, bagging 744 international wickets across formats.

When Yuvraj called time on his international career, Broad posted a picture of the two with the caption, "Enjoy retirement Legend @yuvisofficial."