Tottenham's players gave Jose Mourinho a positive feeling with their second-half display on Sunday, but he admitted his team seemed 'sad' 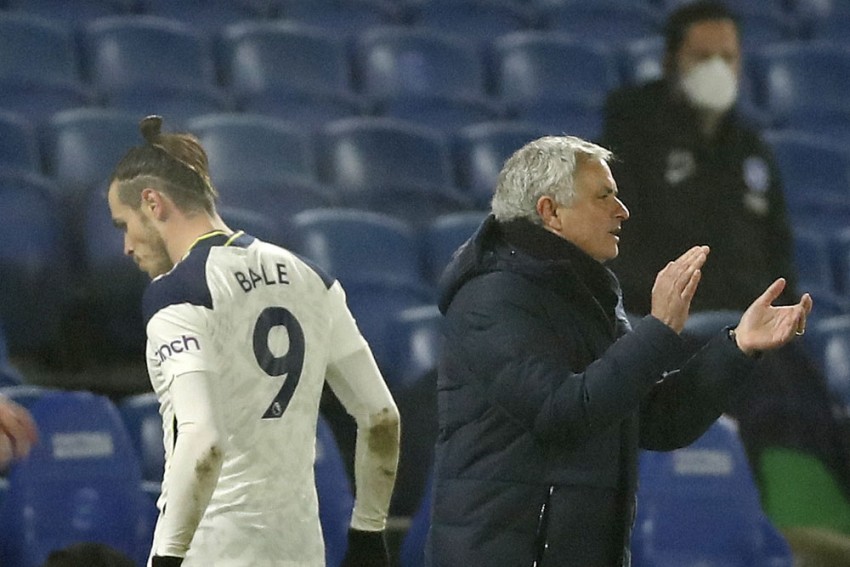 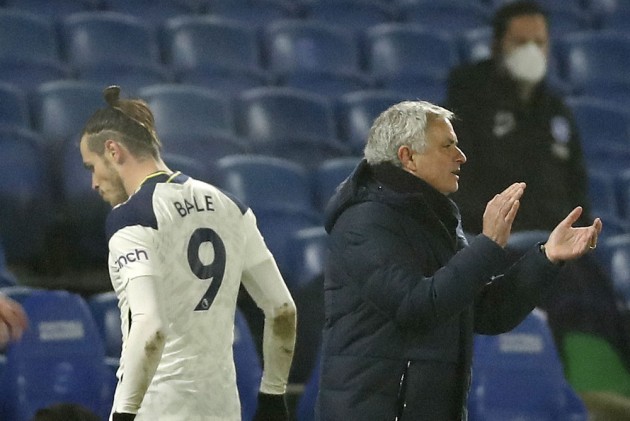 Jose Mourinho claimed his Tottenham team showed a "sadness" in their 1-0 defeat to Brighton and Hove Albion on Sunday. (More Football News)

It was Brighton's first home league win of the campaign – and their first since June – while Tottenham have lost four of their last eight top-flight matches, as many defeats as they had suffered across their previous 28 games in the division.

Talisman Harry Kane was missing due to an injury sustained in Thursday's reverse to Liverpool, and Spurs have won just three of their last 13 Premier League games in which the England captain has not featured (D4 L6), including none of their last four (D1 L3).

A dismal first-half showing saw Tottenham manage just one attempt, the 11th occasion a Mourinho side has had one shot or fewer in the opening 45 minutes of a Premier League game, and the former Chelsea and Manchester United boss accepted his team started with a lack of intensity.

"To concede a goal early brought even more sadness and lack of self-esteem, the team was suffering. The second half was different. The chances they had were the chances of a team that was trying everything.

"I saw people trying really hard, I saw some individuals with fatigue but trying hard. The defeat of course is always a bad feeling, but I leave with a positive feeling for my boys which is a good thing for me."

3 - José Mourinho has lost all three of his away league games against Brighton at the Amex Stadium, the first time he has ever lost three consecutive away league visits to an opponent in his managerial career. Declined. pic.twitter.com/ZNFPWoy0zk

Indeed, Mourinho – who has lost all three of his league visits to Brighton – went as far as to say his side deserved more than they got from the match, despite mustering only eight attempts compared to the hosts' 16, with only substitute Carlos Vinicius truly testing Seagulls goalkeeper Robert Sanchez.

"The last 25, 30 minutes I saw a team ready to give everything, gamble everything and finish the way we finished," he added.

"Probably the boys deserved more than we got. I go with the positive feeling for my boys because in the last 30 minutes they showed they wanted everything but defeat."

In Kane's absence, Son Heung-min filled in up top, with Gareth Bale handed a rare start on the right, but the duo failed to link up to much effect, the latter creating only one chance before he was subbed off just after the hour.

"We tried to start with a team that could try to give Sonny the same dynamic that he is used to," Mourinho explained.

"There is no replacement for Harry but we tried to have Bale going into those positions to connect with Son, and we were not successful, but I'm not speaking about Bale, I am speaking about us.

"Vinicius is a different player, we tried to change the target point. He brought us energy, new problems to the opponent. The team improved."