Mauricio Pochettino has been sacked by Tottenham and replacing him will be tough, but we look at the candidates for the job 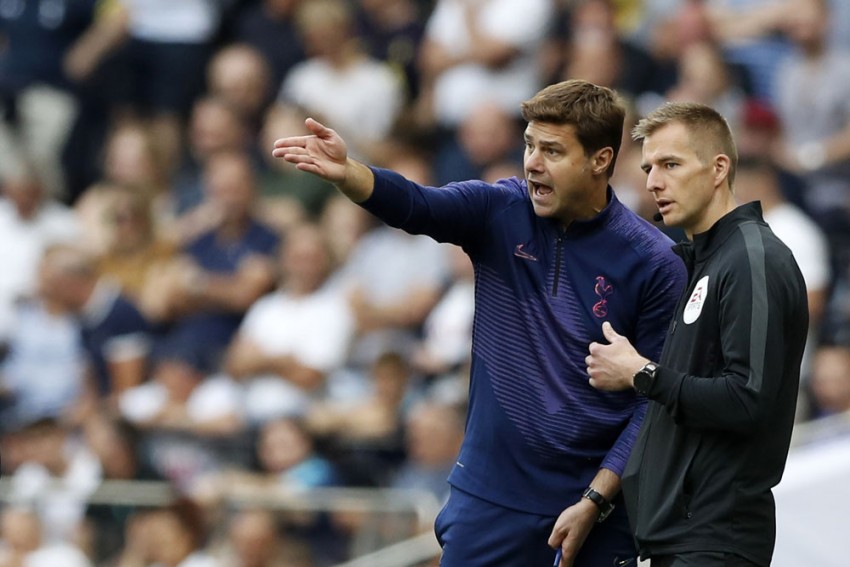 With Spurs 14th in the English Premier League and winless in their past five domestic matches, the club made the decision to relieve Pochettino and his coaching staff of their duties on Tuesday.
File Photo
Omnisport 2019-11-20T06:42:18+05:30 Spurs Sack Pochettino: Mourinho, Allegri, Ancelotti? Candidates To Take Over At Tottenham 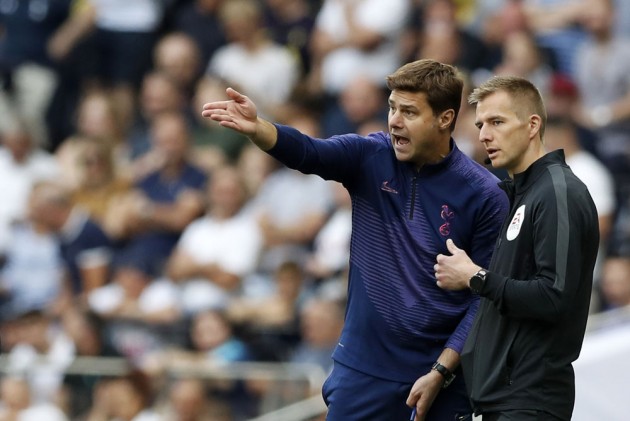 Tottenham are on the hunt for a new manager after sacking Mauricio Pochettino. (More Football News)

With Spurs 14th in the English Premier League and winless in their past five domestic matches, the club made the decision to relieve Pochettino and his coaching staff of their duties on Tuesday.

The decision brought an end to a five-and-a-half-year tenure that promised so much but delivered nothing in the way of silverware.

Spurs fans will expect a high-profile appointment to replace Pochettino and get the best out of a group of players that have been inconsistent this season.

In a statement announcing Pochettino's departure, chairman Daniel Levy said: "We have a talented squad. We need to re-energise and look to deliver a positive season for our supporters."

Here are the managers expected to be in contention for the task.

It is coming up for a year since Jose Mourinho departed Manchester United, where the man who won the Premier League with Chelsea three times lifted the EFL Cup and Europa League before making way for Ole Gunnar Solskjaer.

He has since taken to punditry and his appearances have shown a marked softening in the dour demeanour that characterised his turbulent spell at Old Trafford.

Spurs might be the beneficiaries of Mourinho's new sunny disposition should they give him the task of clearing the storm clouds over Tottenham Hotspur Stadium.

Having led Juventus to five consecutive Serie A titles, Allegri – who has reportedly been learning English – is a man whose domestic record is difficult to argue with.

The first manager in Europe's top five leagues to win four consecutive doubles, Allegri was a trophy machine in Turin, but he has yet to be tested outside Italian football.

Under pressure at Napoli, where he has failed to win any of his past five games in all competitions, Ancelotti might jump at the chance to return to the Premier League.

The 60-year-old guided Chelsea to a domestic double in 2009-10, becoming the first Italian manager to win the Premier League, and since then he has lifted the Ligue 1 title with Paris Saint-Germain, the Champions League with Real Madrid, and the Bundesliga with Bayern Munich.

If Tottenham want pedigree, Ancelotti has it in spades.

Bournemouth have been quietly shaping up for a top-half finish in the Premier League table this season, and Howe did his reputation no harm by beating United at the Vitality Stadium on November 2.

The 41-year-old is a former Bournemouth player and loyal servant as manager for seven years, so he would not leave the club on a whim, but the offer of a long-term project at a club the size of Tottenham might be the right sort of opportunity.

"It is an award for the whole club"

Former Chelsea and Liverpool boss Benitez has the sort of record in the Premier League and Europe that might appease Tottenham fans, should Levy try to pry the Spaniard away from Chinese Super League club Dalian Yifang.

Levy will want a manager who can turn Spurs' fortunes around quickly and Benitez reached 100 wins with Liverpool in 181 Premier League games – though Pochettino reached the milestone in 169 matches in north London.

Since making a name for himself by steering Hoffenheim clear of relegation in 2015-16 and up to fourth by the end of the following campaign, Nagelsmann has continued to win admirers across Europe through the attractive, attacking football played by his RB Leipzig team.

At the age of just 32, Nagelsmann is one of the hottest managerial prospects in the game and Leipzig are second in the Germany's top flight. Any Spurs fans who saw the way they beat Mainz 8-0 this month may well hope he is given serious thought.