Charulatha Patel is 87 and was cheering for India during the Cricket World Cup clash vs Bangladesh in Birmingham. 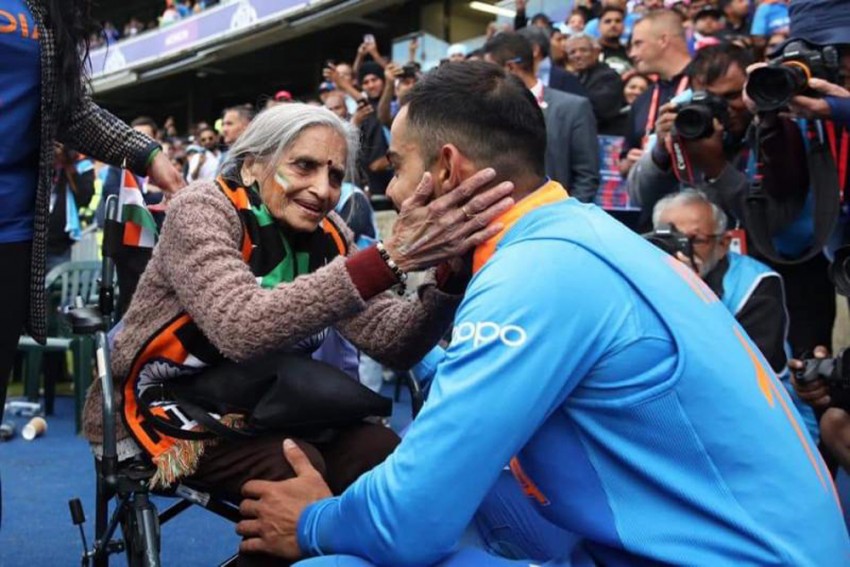 After the 28-run victory in Edgbaston, skipper Virat Kohli was seen having a chat with the lady, and also took her blessings.
Neelav Chakravarti 2019-07-03T11:40:01+05:30 Spirit of Cricket! How Super Fan Charulatha Patel Wins Over Virat Kohli, Rohit Sharma 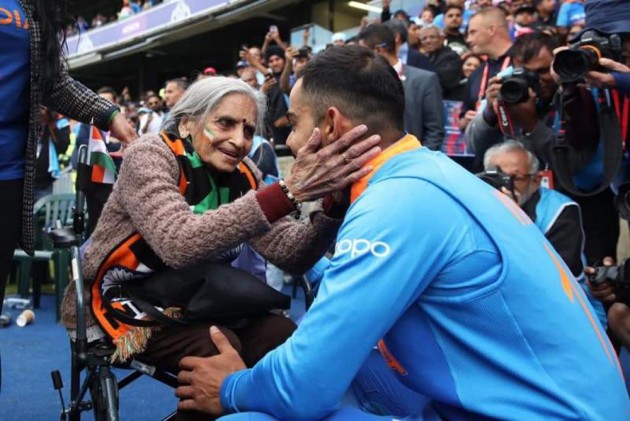 Since pre-1947, when the British introduced cricket in India, the Asian nation has always crazy about the sport. You go anywhere, you will always see someone or the other playing it; be it in the cities or villages. India edged past Bangladesh in their recent Cricket World Cup fixture at Birmingham, booking a semi-final spot. Other than the Rohit Sharma knock, what really stood out was an 87-year-old Indian cricket fan, Charulatha Patel.

After the 28-run victory in Edgbaston, skipper Virat Kohli was seen having a chat with the lady, and also took her blessings. The batsman shared a few photos on Twitter, captioned as, "Also would like to thank all our fans for all the love & support & especially Charulata Patel ji. She's 87 and probably one of the most passionate & dedicated fans I've ever seen. Age is just a number, passion takes you leaps & bounds. With her blessings, on to the next one."

The old lady was seen blowing a trumpet and cheering for Team India. 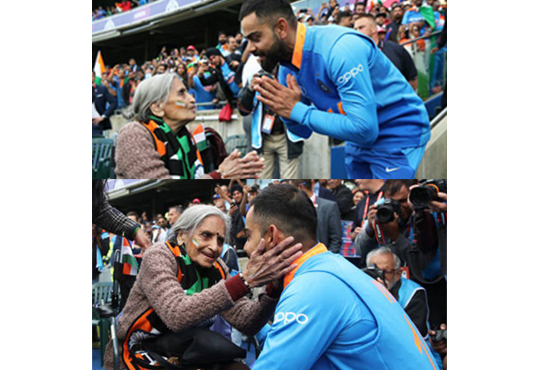 She also met swashbuckling big-hitter Sharma. "India will win the world cup I am sure. I pray to Lord Ganesha that India wins. I bless the team always. When Kapil paaji won the World Cup in 1983, I was there as well," she was quoted as saying by ANI. 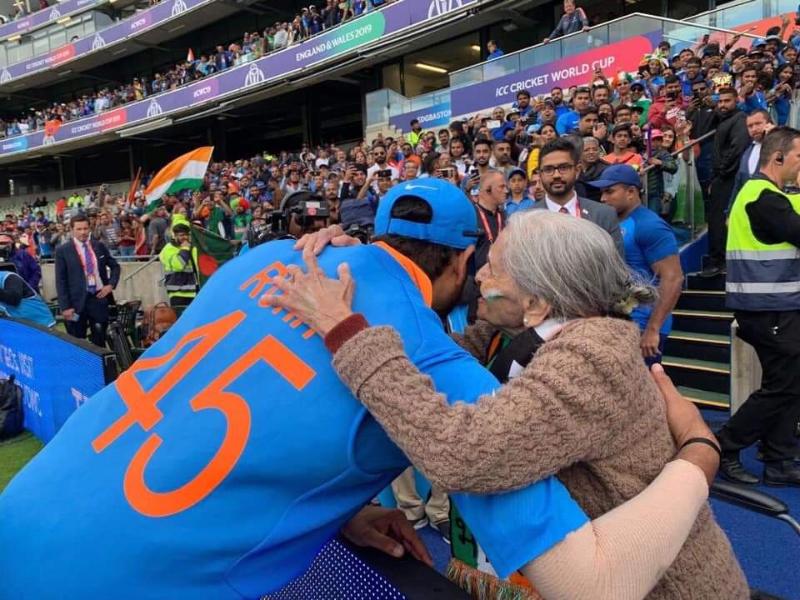 The 87-year-old also met Rohit Sharma who scored a century against Bangladesh.

The old lady won plaudits for her lung-bursting cheering. While the younger ones were busy with their smartphones, she was seen blowing a trumpet with much zest, passion and desire, to the amazement of commentators. She was frequently shown on television screens.

How amazing is this?!

India's top-order superstars @imVkohli and @ImRo45 each shared a special moment with one of the India fans at Edgbaston.#CWC19 | #BANvIND pic.twitter.com/3EjpQBdXnX

Indians have always been hellbent over cricket, with many even considering the likes of Sachin Tendulkar, Kapil Dev as Gods. Sometimes, the fan-following of the sport pushes itself to insanity, especially during a global showpiece event. In the end, the sport is not something ordinary in India, its the spirit of cricket which rules the majority of the population.

ALSO READ: Rohit Sharma Living Up To Sachin Tendulkar's Expectation and How!

Another famous Indian cricket team fan is Sudhir Kumar Chaudhary. A Sachin Tendulkar fan, he has been reported to have attended every India home fixture since 2003. He is usually seen in stadiums painted in the national tricolor, waving the national flag and cheering for Team India. The BCCI sponsors him for matches.

India will next face Sri Lanka in their final league fixture, and any kind of result won't affect their progress to the knockout stages.

Rohit Sharma Living Up To Sachin Tendulkar's Expectation and How!