South Africa Vs Australia: 'Worked Hard For Every Wicket', Imran Tahir 'Very Sad And Emotional' Ahead Of Final ODI

Imran Tahir will retire at the age of 40 after making 107 ODI appearances for South Africa. The World Cup match vs Australia at Old Trafford will be his last. 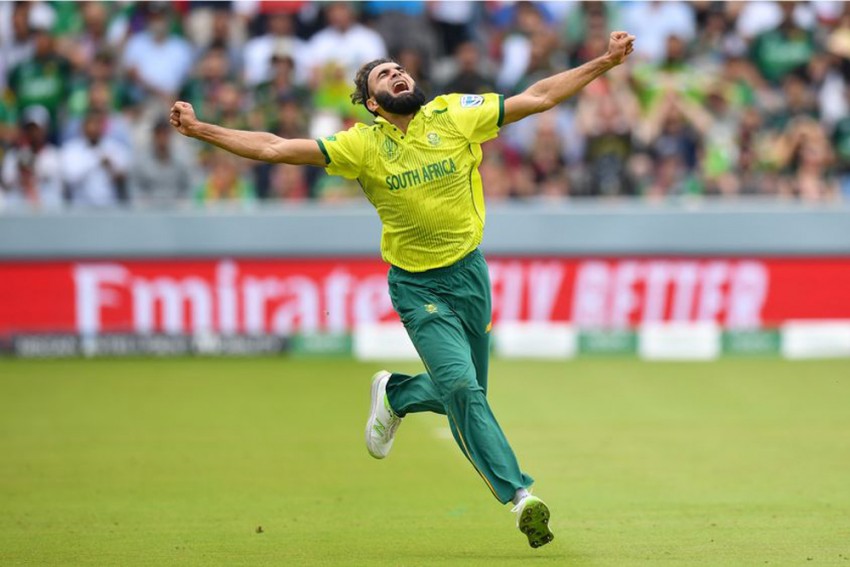 It will all come to an end for the 40-year-old spinner at Old Trafford on Saturday, when the Proteas take on Australia in their final game of this World Cup.
Getty Images
Outlook Web Bureau 2019-07-05T20:33:20+05:30 South Africa Vs Australia: 'Worked Hard For Every Wicket', Imran Tahir 'Very Sad And Emotional' Ahead Of Final ODI 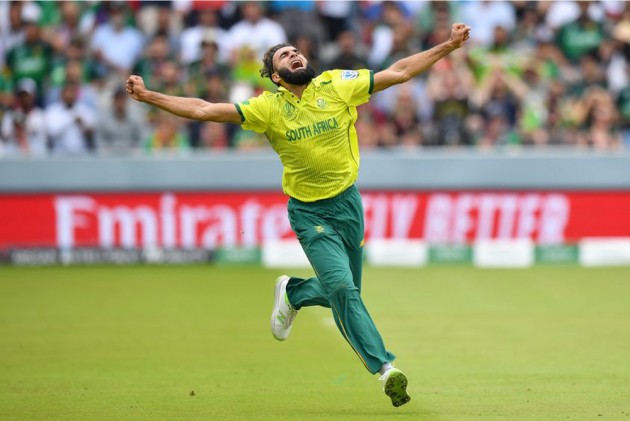 Imran Tahir is expecting his 107th and final ODI to be emotional but remains convinced the future of South African cricket is in safe hands. Tahir made his ODI debut in February 2011 – just a month before his 32nd birthday – but has still racked up a century of appearances, more than 170 wickets and the most dismissals of any South African at ICC Cricket World Cups, surpassing Allan Donald earlier in this tournament.

It will all come to an end for the 40-year-old spinner at Old Trafford on Saturday, when the Proteas take on Australia in their final game of this World Cup and he then retires from 50-over cricket.

Imran Tahir will look to finish on a high and help his side to just a third win of the competition but he is anticipating goodbye to be the saddest word.

“As a team, we need to think about finishing on a good note,” he said. “But it makes me feel very sad and emotional that I’m going to leave.

“It was always my dream always to play international cricket and I’m really grateful to everyone who helped me on the way.

“They accepted me for who I was, the guy who came from overseas and got the opportunity and they accepted that.

“It’s a big moment of my life – I always wanted to play cricket and play as long as I could and now is the right time to go. I never thought I’d be here in England playing my last ODI.

“It will be quite a hurtful and sad moment for me but I’ve prepared myself for that, so hopefully it will go well for me and the team.

“I’m not worried about future of the team – we’ve got lots of youngsters. Obviously those youngsters need a bit of experience of international cricket but that happens to all the teams all over the world.

“I strongly believe there is lots of talent but they just need experience and then they’ll get to the stage where everyone wants to see South African cricket.

“People expect higher and a lot from us – this World Cup was totally different but I’m pretty sure things will be fine for South Africa.”

The leg-spinner has become famous for his enthusiastic celebrations when taking a wicket, as the Tahir train leaves the station and, with arms spread wide, chugs endearingly aimlessly around the infield.

The veteran sprints further in celebration than most quick bowlers’ run-ups but he has quashed suggestions that any wickets in a swansong will be met with a new, even bigger celebration.

“There won’t be anything extra because I don’t have a clue what I do when I take wickets to be honest with you!” smiled Tahir.

“I never prepare for these things, they just happen but I’m happy people like it – it’s just my pure passion for the game.

“I got to where I am today by coming through really tough times, so that’s probably why I want to release whatever is inside me.

“Every game and wicket I take is very special but it doesn’t come easy – no international player is just going to give you their wicket, so you have to work hard for it.

“It just gives me a joy and a happiness, so probably the celebrations are the only way I can express myself.”