After plundering a superb 228 in the first Test, Joe Root tucked into Sri Lana's attack for another huge hundred on day three in Galle 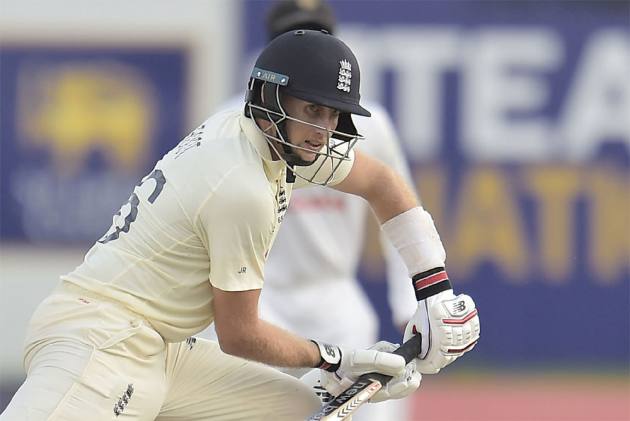 England captain Joe Root was denied a second consecutive double century when he was run out for 186 from the final ball of day three in a gripping second Test against Sri Lanka.

The great Wally Hammond remains the only Englishman in history to have passed 200 in consecutive matches, although Root looked certain to join him as he took the fight to the hosts in majestic fashion

Root is now fourth in England's list of all-time Test runs scorers, having surpassed Geoffrey Boycott, Kevin Pietersen and David Gower over the course of a truly magnificent knock, which accounts for the bulk of England's 339-9 – a first-innings deficit of 42.

Before Oshada Fernando collected sharply at short leg to catch the visiting skipper out of his ground, this was another England innings that pitted two supreme performers at the top of their game against one another, with Sri Lanka left-arm spinner Lasith Embuldeniya taking 7-132 in a near lone response to Root's brilliance.

Embuldeniya's wide angle on the crease and ability to find biting turn accounted for openers Dom Sibley and Zak Crawley on day two, and he saw off Jonny Bairstow and Dan Lawrence in similar fashion on Sunday.

Bairstow could only add four to his overnight 24 after a review showed a faint inside edge onto pad that was pouched by Oshada, while Lawrence nicked a beauty to Lahiru Thirimanne at first slip.

Root's immaculate sweep shot meant he was able to largely avoid such problems, even punishing the excellent Embuldeniya with his audacious switch hit.

Substantial support for the captain finally arrived in the form of Jos Buttler, whose crunching off-side drive and reverse sweep were in good order during a fifth-wicket partnership of 97.

Somewhat unfortunately, the latter shot would prove Buttler's downfall after lunch when, on 55, he struck a delivery from debutant Ramesh Mendis (1-48) into his boot and it looped up for the ever-alert Osada to catch.

The Thirimanne-Embuldeniya combination accounted for Sam Curran, Dom Bess and Mark Wood, although Bess played tidily for an important 32 in a stand of 81 as Root motored on despite beginning to struggle with cramps and back pain.

It was a monumental effort over the course of 309 deliveries that did not deserve its cruel sting in the tail.

England's star batsman passed quite the roll call of fellow greats as he racked up the runs in Galle. He now has 8,238, with Alec Stewart (8,463) next in his sights. The opening match of the series in India next month will be Root's 100th for his country.

Former captain Alastair Cook represented England 161 times in Tests when compiling 12,472 a huge all-time mark but one that looks achievable when his 30-year-old successor is in such good touch.

Embuldeniya wheels away to give Sri Lanka the edge

As much as Root will rightly hog the headlines again, Sri Lanka have their noses in front and owe it all to the indefatigable Embuldeniya, who extracted turn and bounce from a good length with his round arm action throughout.

Without his efforts over the course of 41 relentless overs, the home side's interests in a series-tying win would be no more.

Six-and-a-half hours in sapping heat is hard work, even for players in their element like Root and Embuldeniya. Light relief on day three came via the comic stylings of Niroshan Dickwella.

Sri Lanka's wicketkeeper greeted Lawrence to the crease by hailing him as a great player of spin bowling, asking the England youngster if he could teach him some shots. Lawrence was out for three. A later request for Root to give him one of his bats was rebuffed, the centurion telling the Dickwella it would be too heavy. Thankfully, following 92 in the first innings, Dickwella's own seems to be working just fine.