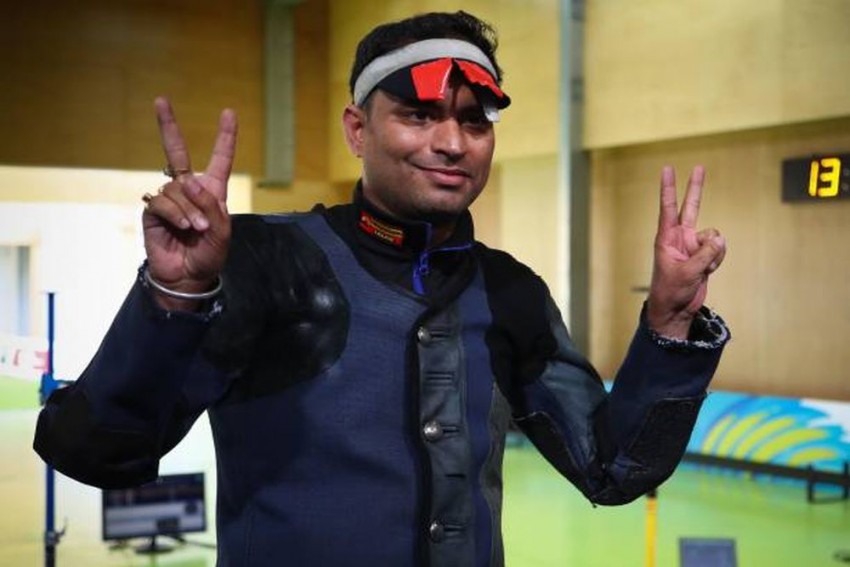 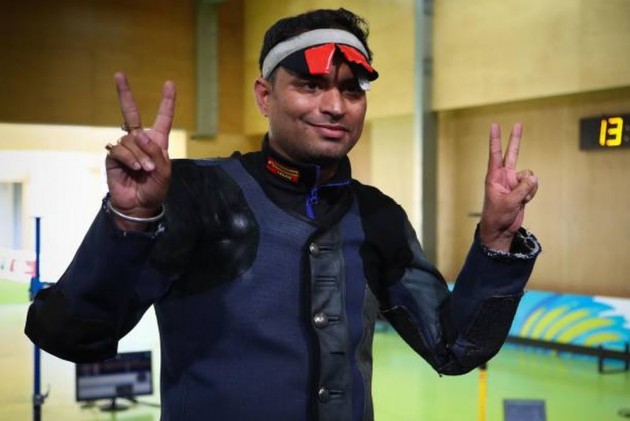 Rajput, a former Indian Navy marksman from Haryana's Yamuna Nagar, could have won gold but for a poor last shot. This could have been his second World Cup gold after the he won one in 2011.

Rajput had been denied a chance to compete in the Rio Olympics after his quota had been exchanged for a shotgun spot by the National Rifle Association of India (NRAI).

The Navy marksman staged a remarkable comeback after a poor start in the finals.

His first three shots were in the 9s. However, a 8.8 final shot meant he finished behind Gorsa by just 0.2 point.

Rajput had qualified for the final in second place (1,180), following a successful appeal by India after a scoring equipment malfunction.

He began the first kneeling position poorly but recovered well to move up to fifth after 10 shots.

He still had some ground to cover and responded with a brilliant standing position series - a 10.9 on the 36th and an encore on the 43rd, putting him in contention for gold.

Had he shot better than the 8.8, Rajput could have won his second ISSF World Cup gold medal.

The World Cup and Commonwealth Games gold medallist shot 392 in kneeling, 398 in prone and 390 in standing to make it to the eight-man finals.

China's Changhong Zhang topped the qualifications with a total of 1,181.

Among the other Indians competing in the event, Chain Singh finished 49th with 1161, Parul Kumar was 57th with 1148.

Only five shooters were eligible to win Olympic quota in the event.

In the men's 10m air pistol event, Saurabh Chaudhary (584 points) and Abhishek Verma (582 points) qualified for the final, while Gaurav Rana was 44th with 571.

West Indies vs India: 'I Was A Little Emotional' - Ajinkya Rahane Reflects On 'Special' Century At Antigua