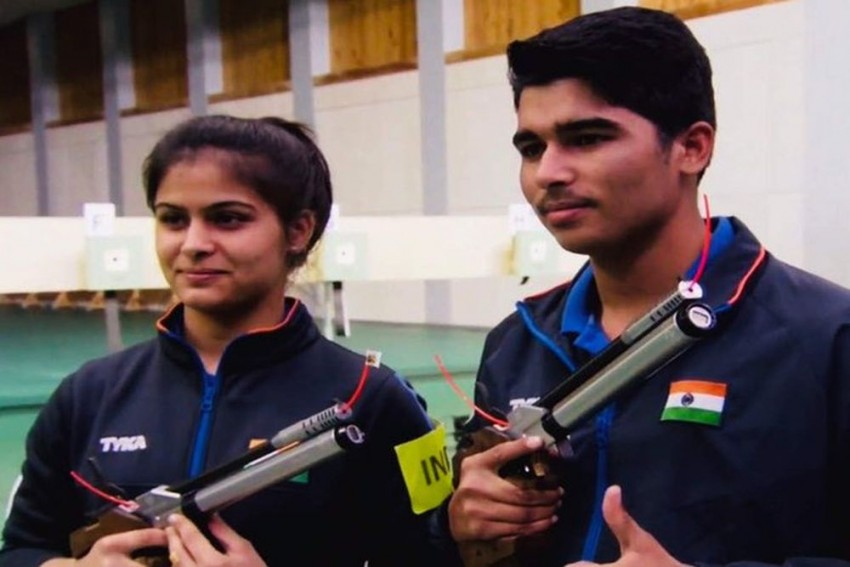 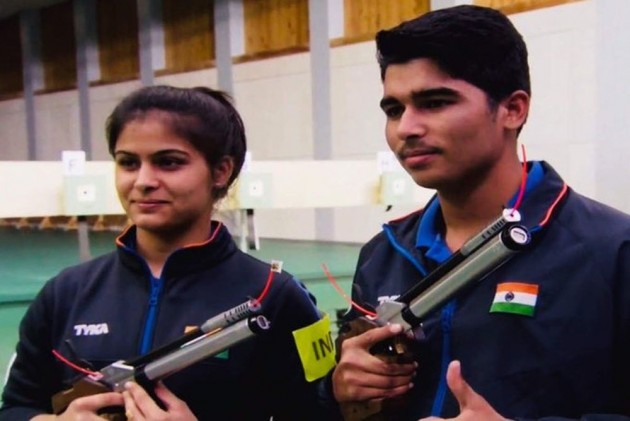 Representing the other Indian team in the same event, Yashaswini Deswal and Abhishek Verma won the silver as India picked up the maximum possible medals on the final day of the tournament.

World No. 1 in women's 10m air rifle, Apurvi Chandela, had earlier partnered Deepak Kumar to win India their fourth gold on the concluding day of the event. The pair won the top medal in the mixed air rifle event.

The results ensured an unprecedented top finish for the country across all four ISSF World Cup stages this year including the lone junior world cup.

In the air pistol final, the pair of Bhaker and Chaudhary prevailed over Yashaswini Singh Deswal and Abhishek Verma 17-15 in a nerve-wracking contest.

Manu and Saurabh, who have now won each of the four ISSF Mixed Team Air Pistol world cup golds this year, were at various stages of the final down 3-9, then 7-13 and then finally 9-15 before winning the next four duels straight to stage a remarkable come-from-behind win.

The winning pair had earlier shot 394 out of 400 in round two of qualification, including a stunning 100 each in the final 10-shot series, to top the eight team round while Yashaswini and Abhishek, both fresh from their individual gold medal winning exploits in the competition earlier, came in second with 386.

Hungary and China 1 were left fighting for the bronze, which was won by the pair of Pang Wei and Jiang Riaxin of China.

Earlier, Apurvi and Deepak blew away the Chinese pair of Yang Qian and Yu Haonan 16-6 in a one-sided final.

India won eight of the 11 single-shot duels between the teams, where the combined score of one pair is compared to that of the other and the higher total awarded two points.

The first to 16 points wins and this is the format which will be used in the Tokyo 2020 Olympics.

After comfortably getting through round one of qualification, the pair of Apurvi and Deepak topped the board after 20 individual shots in round two, featuring the top eight teams from the previous round.

Their total of 419.1 enabled them to get straight into the gold medal match where they found themselves against the Chinese pair who had come in second with 418.7.

Anjum and Divyansh shot 418.0 to lie fourth and qualified for the bronze medal match against the Hungarian pair of Eszter Meszaros and Peter Sidi, who shot 418.6 to finish third.

Anjum and Divyansh also won their bronze-medal match against the Hungarians with relative ease, chalking out a 16-10 result.

India recorded its best ever medal haul at a World Cup with five golds, two silvers and two bronzes.