Billy Sharp scored the only goal as Sheffield United picked up their first Premier League win of the season at the 18th attempt. 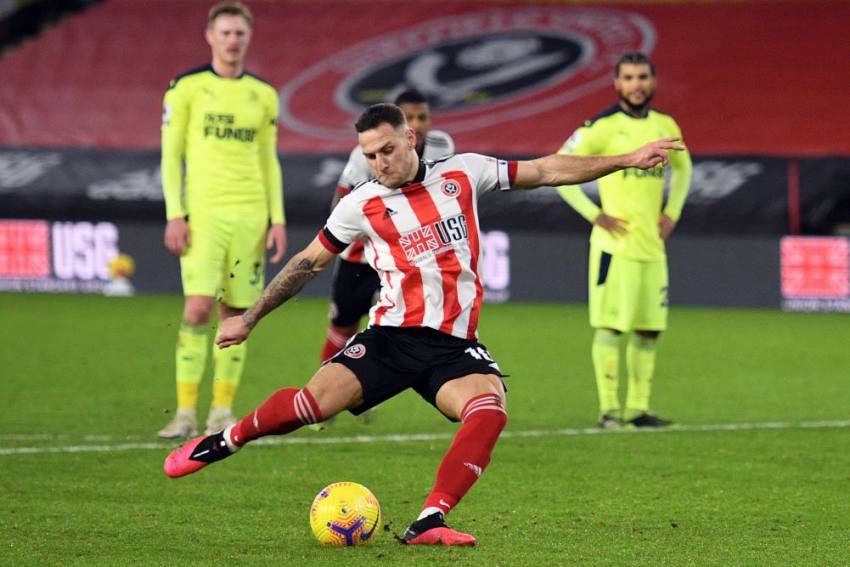 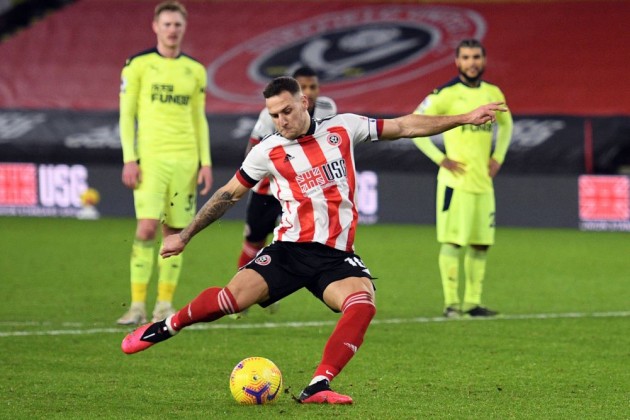 Sheffield United picked up a 1-0 win against Newcastle United to snap the longest ever wait for a victory at the start of a Premier League season. (More Football News)

The Blades had failed to win any of their opening 17 top-flight games this season, losing all but two of those without keeping a clean sheet in any.

Chris Wilder's men were winless in 20 games in the competition stretching back into last season, but they finally got off the mark against Newcastle on Tuesday.

Substitute Billy Sharp converted from the penalty spot 17 minutes from time for his 100th league goal for the club and Newcastle, who had Ryan Fraser sent off in the first half, could not respond.

The south Yorkshire club's 18-game wait for a win at the start of the season is the second longest in English top-flight history, behind only Bolton Wanderers (22 games in 1902-03).

Only Derby County (32) between September 2007 and May 2008, meanwhile, have gone longer between wins in the Premier League era.

The Blades remain bottom of the division and are nine points adrift of safety, but Wilder is hopeful his side can now push on after ending their record-breaking run.

"I'm delighted. I just want to get home to the wife," he told Sky Sports. "It has been a long time coming for a lot of people in this football club, far too long. I am delighted for the players and the supporters.

"Them being down to 10 men and the penalty made it easier but I would be disappointed if that took away from a decent performance.

"I have said all along, we have been competitive in 90 per cent of the games. We have to accept the results have not been good enough.

"It only means something if we build on it. We have to move on from this. There's still a long way to go and a load of points to play for.

"The season isn't done in January. We have a big task and a huge challenge but, if we keep playing like that, then we can make it interesting."