In his autobigraphy, Shahid Afridi had sarcastically referred to Gautam Gambhir as someone who "behaves like a cross between Don Bradman and James Bond, and has a lot of attitude and no great records". 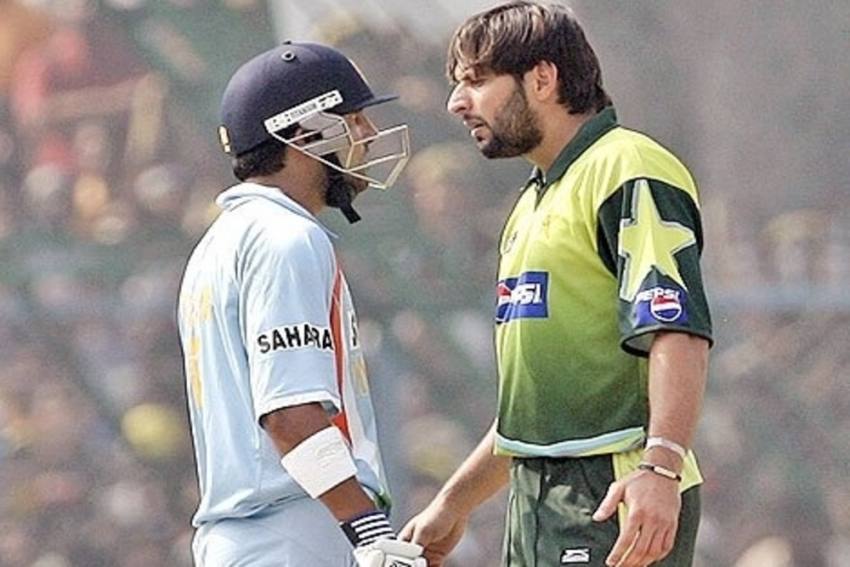 Shahid Afridi and Gautam Gambhir have been engaged in a long running war of words on topics ranging from politics to their own respective careers in cricket.
Twitter
PTI June 01, 2020 00:00 IST Shahid Afridi, Gautam Gambhir Should Act Sensibly On Social Media: Waqar Younis 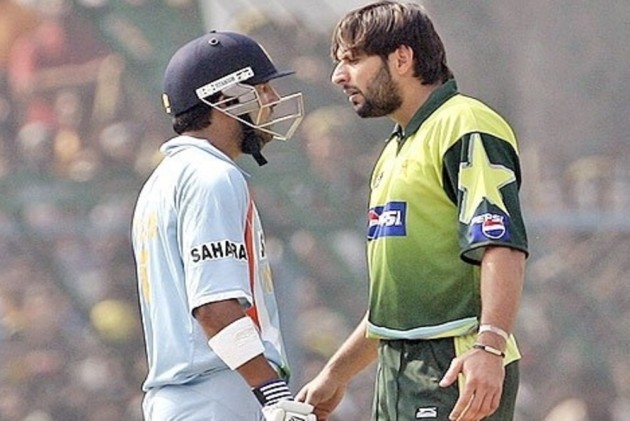 Both former cricketers have been engaged in a long running war of words on topics ranging from politics to their own respective careers in cricket.

In his autobigraphy, Afridi had sarcastically referred to Gambhir as someone who "behaves like a cross between Don Bradman and James Bond, and has a lot of attitude and no great records".

To which Gambhir had replied saying he would personally take Afridi to a psychiatrist.

"The banter between Gautam Gambhir and Shahid Afridi has been going on for a while now. I think they both got to be smart, sensible, and calm down," Waqar said on "Q20", a unique chat show presented by 'GloFans'.

"In social media, if you carry on that, people are going to love it and people are enjoying it and that I feel that they both should be sensible and smart," he added.

Waqar, who has been keenly observing the sharp reactions on social media, advised the duo to meet up and sort the issue in person.

"It has been going on for way too long. My advise to them is to may be catch up somewhere around the world and talk it out if you cannot really calm it down," Waqar added.

Last month, former India players Yuvraj Singh and Harbhajan Singh, who had lend support to Afridi's NGO, snapped ties with him after the former Pakistan captain made unsavoury comments on Kashmir issue and PM Narendra Modi.

Responding to a query, Waqar said India and Pakistan should play a bilateral series on a regular basis.

"If you go and ask people of both the countries on whether Pakistan and India should play each other, everyone, around 95 per cent of them will agree, that cricket between these two should be played," he said.

"Be it 'Imran-Kapil Series' or 'Independence Series' or whatever name we give to it, I think that it would be the biggest hit ..... I think Pakistan and India should play on a regular basis to avoid depriving cricket lovers of both countries," he added

The former pacer foresees the two countries playing a bilateral series in the coming years.

"I do see Pakistan and India playing bilateral series. I am not sure where though, but I hope it will be either in Pakistan or in India.