Home  »  Website  »  Sports  »  Serie A Is Back: Cristiano Ronaldo's Goals, Lazio's Unbeaten Run - The Best Stats From This Season

Serie A Is Back: Cristiano Ronaldo's Goals, Lazio's Unbeaten Run - The Best Stats From This Season

With Serie A set to return from June 20, we look back over the season so far and identify the best stats from those at the top end. 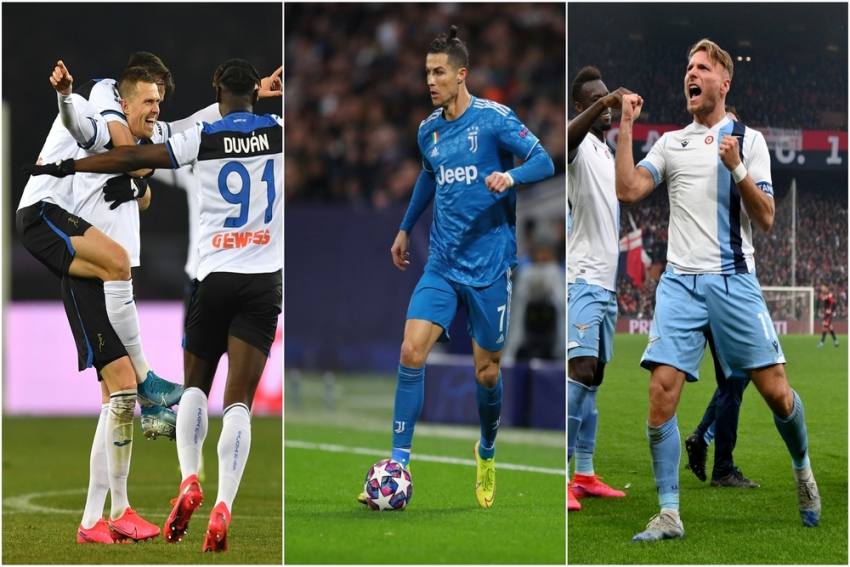 It was announced on Thursday that football in Italy will return with the Coppa Italia semi-finals on June 13
Getty Images
Omnisport May 29, 2020 00:00 IST Serie A Is Back: Cristiano Ronaldo's Goals, Lazio's Unbeaten Run - The Best Stats From This Season 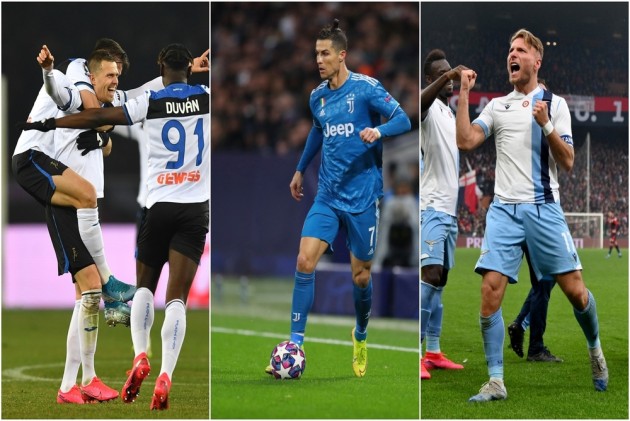 Serie A was given the green light to resume from June 20, making it the latest major European League to return to action.

The coronavirus pandemic forced most global sport into shutdown in March, but three rounds of Bundesliga fixtures have been played – albeit behind closed doors.

It was announced on Thursday that football in Italy will return with the Coppa Italia semi-finals on June 13, with the final taking place in the week leading up to the first Serie A fixtures in three months. The Premier League is also set to get back under way from June 17.

With the rest of the 2019-20 season now firmly within sight, we look back at the best Opta stats from Italy's top-flight campaign.

- This term, Cristiano Ronaldo equalled the record of 11 consecutive goalscoring appearances in a single Serie A season. He has also already levelled his haul of goals from 2018-19 despite making nine fewer appearances, averaging 0.95 goals per game compared to 0.68 last season.

- Among the players who made their debut in the three-points era, Ronaldo was the fastest to reach 42 goals (52 appearances) – before him the record was 58 games played (Vincenzo Montella, Andriy Shevchenko and Brazil great Ronaldo).

- Lazio are unbeaten in their previous 21 league games (W17 D4), already an all-time Serie A record for the club. Six of the seven previous teams with streaks as long as that in a single season went on to win the Scudetto (the only exception was Roma in 2009-10).

- Antonio Conte is the first Inter coach to see his team score in each of his first 19 games in all competitions.

- Atalanta's 70 goals in this Serie A campaign already represents their second-best haul in a single season (77 in 2018-19).

- No team has scored as many as 70 goals in the first 25 matches of a single Serie A season since 1959, when Fiorentina netted 79.

- Three Atalanta players are into double-figures in terms of goals in this season: Josip Ilicic, Luis Muriel and Duvan Zapata. Only in 1949-50 and 1951-52 have the club had as many players reach 10 goals.

- Since Stefano Pioli joined Milan, they have kept the most clean sheets in Serie A (seven).

- Since his first spell at Milan (which began in August 2010), Zlatan Ibrahimovic has scored 60 goals for the Rossoneri in all competitions, more than any other player with the club in the period.