Two of Serie A's most in-form sides nullified each other as Inter and Roma mustered up a goalless draw devoid of incident at San Siro. 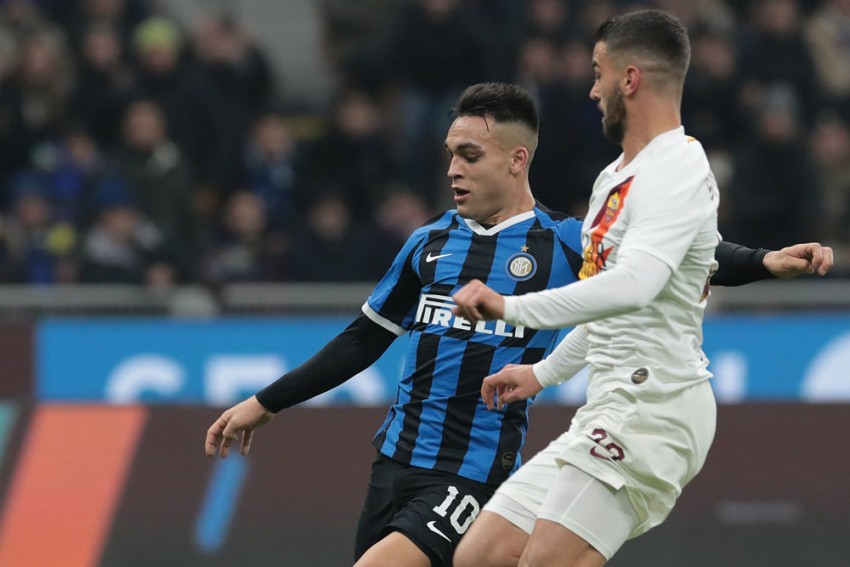 Lautaro Martinez has been in fine form, scoring 12 times since the start of October. But this was a rare off-night, with the few chances he did have well off target.
Getty Images
Omnisport 2019-12-07T09:36:34+05:30 Serie A, Inter 0-0 Roma: Nerazzurri Frustrated In Forgettable Stalemate 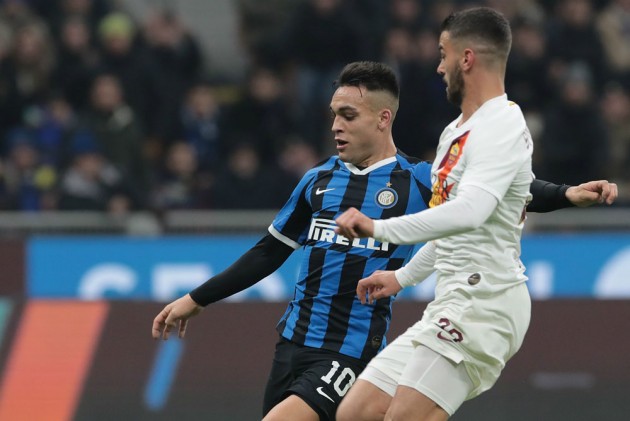 Inter dropped points for just the third time this season as they played out a frustrating goalless draw with Roma in a forgettable Serie A encounter.

The build-up to the game was dominated by a controversial Corriere dello Sport headline in which the words 'Black Friday' were placed in between images of Inter striker Romelu Lukaku and Roma defender Chris Smalling, former Manchester United team-mates, with the publication's strident denial that their front page was racially insensitive merely drawing more criticism.

On the pitch there were few talking points, although Inter will rue Roma goalkeeper Antonio Mirante making fine saves in each half to deny Lukaku and Matias Vecino.

A point means Inter are unbeaten in eight games but champions Juventus can reclaim top spot if they beat Lazio on Saturday, while Roma climb to fourth for now.

From there, Inter chased a lot of Roma shadows without truly being hurt, save for a well-struck shot by false nine Nicolo Zaniolo that Samir Handanovic made a hash of smothering.

A poor half was summed up by Marcelo Brozovic firing wildly over, the chance arriving courtesy of a slack Mirante clearance and Lukaku's pass at the second attempt.

Mirante made amends shortly after the restart, producing a fine stop low to his left from Vecino's prod after the midfielder was played in by Borja Valero.

No way through at San Siro despite our chances and #InterRoma finishes in stalemate. #FORZAINTER pic.twitter.com/O52GZ9lbJW

What does it mean? Inter struggle to shift through the gears

The Nerazzurri have impressed under Antonio Conte this term and a title race with Juventus looks likely to go deep into the season. But Inter were a little static in midfield and, on the occasions they did break through the lines, Martinez and Lukaku were uncharacteristically shot-shy.

With first-choice keeper Pau Lopez out injured, Inter may have sensed an opportunity to make life difficult for Roma. But Mirante was more than up to the task, especially when frustrating Lukaku and Vecino.

Argentina striker Martinez has been in fine form, scoring 12 times since the start of October. But this was a rare off-night, with the few chances he did have well off target.

Inter face a crucial home clash with Barcelona in their attempt to reach the Champions League last 16 on Tuesday. Roma also need a result at home to Wolfsberger on Thursday to make the Europa League knockout stages.