The young combination, Satwiksairaj Rankireddy and Chirag Shetty, had a breakthrough season, claiming its maiden Super 500 title at Thailand Open before reaching the finals of French Open Super 750 event this year. 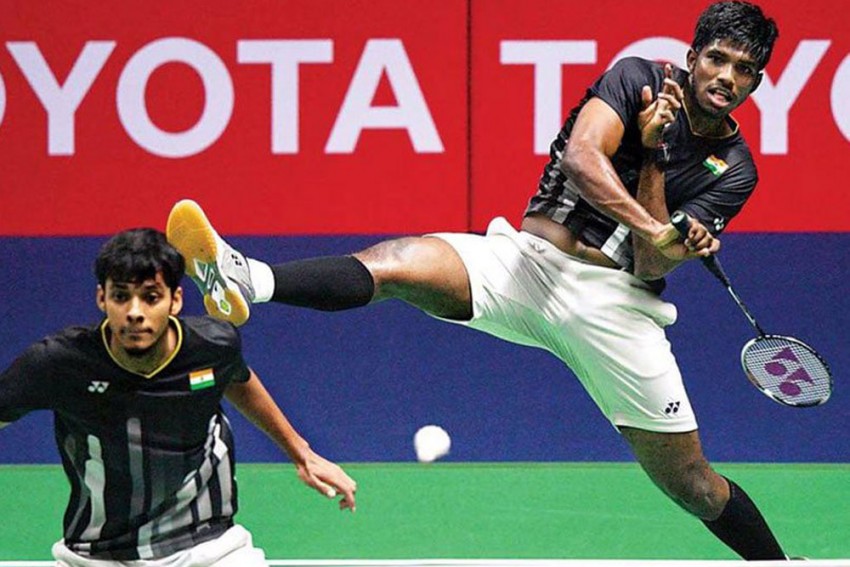 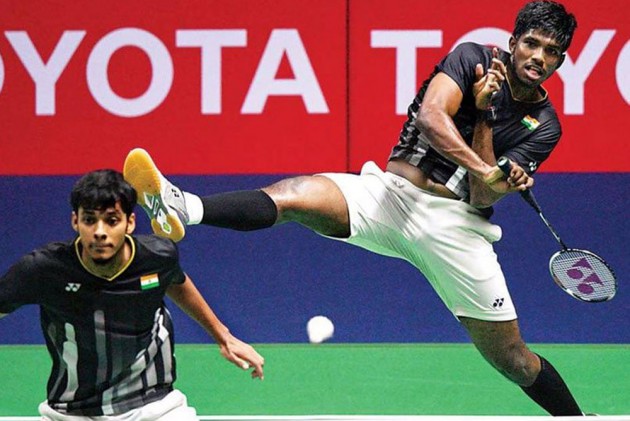 The Indian men's doubles pair of Satwiksairaj Rankireddy and Chirag Shetty has been nominated for the 'Most Improved Player of the Year' award by the Badminton World Federation (BWF) after a stellar season during which the duo picked up some memorable wins.

The young combination had a breakthrough season, claiming its maiden Super 500 title at Thailand Open before reaching the finals of French Open Super 750 event this year.

The prestigious awards recognise the achievements of the elite badminton players and pairs in six categories, including two in Para badminton.

India's para badminton player Pramod Bhagat, who has bagged 11 gold, three silver and four bronze medals this year, was nominated in the 'Male Para Badminton Player of the Year' award.

Olympic silver-medallist P V Sindhu, however, didn't find a place in the list of nominees for 'Female Player of the Year' as she didn't win any title barring the world championship gold this year.

World No.1 Tai Tzu Ying of Chinese Taipei, who has won three titles on BWF World Tour, is in line for the award after being nominated.

In the Male Player of the Year awards, two-time world champion and world no 1 Kento Momota of Japan, who has claimed 10 titles this year, was nominated alongside the Indonesian men's doubles pair of Marcus Fernaldi Gideon and Kevin Sanjaya Sukamuljo, who won eight titles.

The top performers of the year will be presented with the awards at the opening ceremony and gala dinner of the second edition of the BWF World Tour Finals to be held from December 11 to 15.

Virat Kohli Not In The Same Class As Sachin Tendulkar: Abdul Razzaq