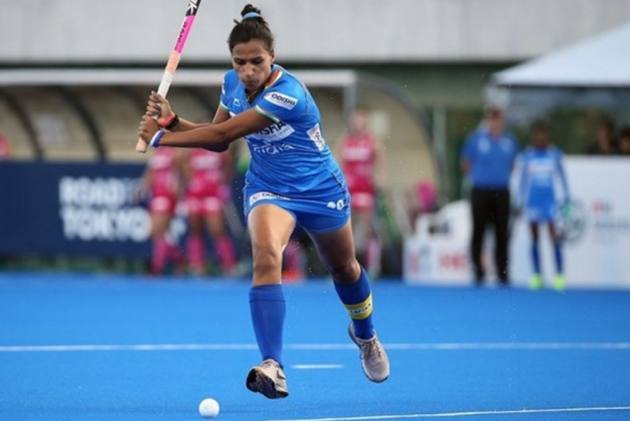 Women's hockey team captain Rani Rampal and goalkeeper Savita Punia, along with Paralympic medal-winners Mariyappan Thangavelu and Sharad Kumar were given out-of-turn promotions by the Sports Authority of India (SAI) on Tuesday for their impressive performances in this year's Tokyo Games. (More Sports News)

Besides, hockey coach Piyush Dubey, who was part of the men's hockey team's support staff during the bronze-winning effort in Tokyo, was also offered a promotion. The decisions were taken during SAI's 55th Governing Body meeting.

Apart from this, SAI also decided to allocate a one-time grant of Rs 6.87 lakh to the family of former Asian Games gold-medallist and Arjuna award-winning late boxer Dingko Singh. Dingko, aged 42, died of liver cancer in June this year.

"Acknowledging the contribution of Late Dingko Singh to Indian Sports, an amount of Rs 6.87 lakhs has been approved as one-time grant to his family," SAI stated.

While Savita was promoted to coach from assistant coach, Rani and Dubey were made senior coaches. Rani and Savita were a part of the Indian squad that finished fourth at the Olympics.

Mariyappan, who won his second successive Paralympic medal in high jump in Tokyo, was promoted to chief coach from senior coach. Sharad, who was an assistant coach, was made coach for his bronze in Tokyo.

As a gesture of appreciation for the spectacular efforts of our Tokyo Olympians and Paralympians, the 55th SAI GB has approved out-of-turn promotions to SAI coaches @imranirampal @savitahockey @189thangavelu @sharad_kumar01 and #PiyushDubey.
I congratulate them all. pic.twitter.com/Ejtsfyc5b8

Among other decisions, the meeting also decided to start cadre restructuring of SAI and Target Olympic Podium Scheme (TOPS) secretariat in a bid to strengthen the support system of sportspersons keeping in mind the 2024 and 2028 Olympics.

The restructuring emphasises on increasing the number of Sports Science experts, High Performance coaches and other professionals within SAI to achieve results through its National Centres of Excellence (NCOEs).