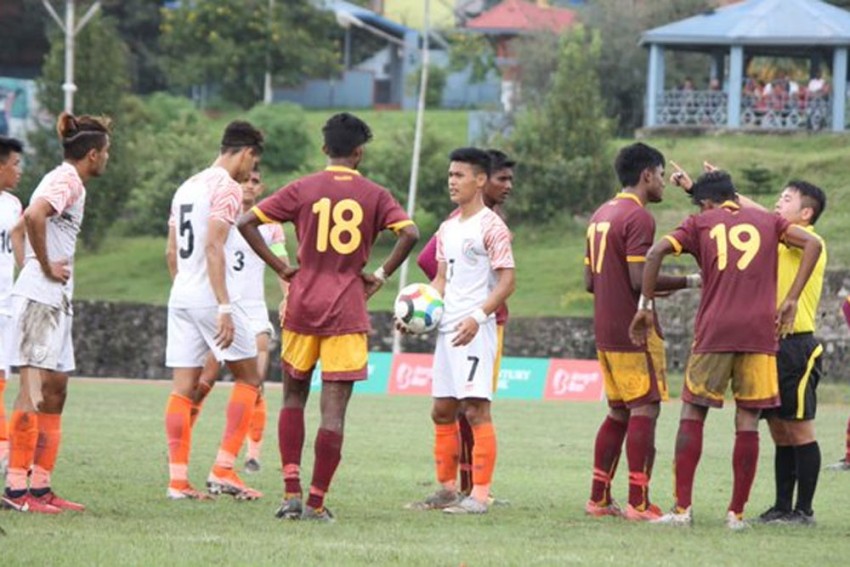 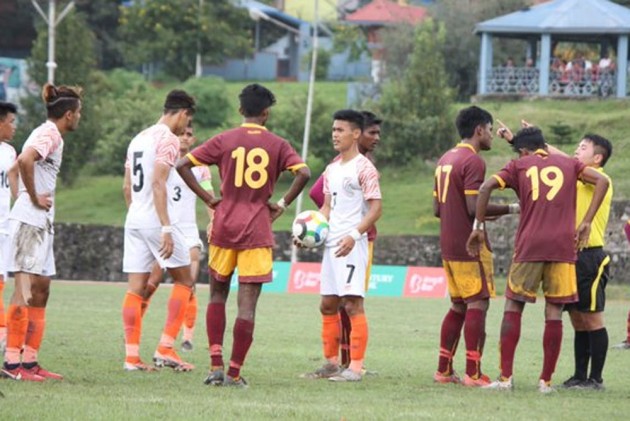 Gurkirat Singh's brace helped India thump Sri Lanka 3-0 and move to the semifinals of the SAFF U-18 Championship at Kathmandu on Wednesday. (More Football News)

Gurkirat's brace alongside Aman Chetri's strike proved to be the difference between the two sides in India's last league match.

The Indian team started the match on an attacking note but despite holding possession they could do little in front of the goal with Sri Lanka heaping bodies in defence.

The two sides remained goalless at the half time break.

The Indian team started the second half with much vigour but once again complacency in front of goal cost them chances. In the 65th minute, Gurkirat found the back of the net with a cross coming in through the flanks.

Gurkirat and Aman then added a goal each to take India 3-0 up in the dying moments of the match.

The three-goal margin proved enough for India to seal their win and progress to the semifinals of the SAFF U-18 Championship.

India were held to a goalless draw by Bangladesh in their opening match.