Striker Lynda Kom Serto scored a brace, while winger Sumati Kumari scored one and assisted another in India's 4-1 win over Nepal in the opening game of the SAFF U-15 Women's Championship at the Chalimithang Stadium on Wednesday. 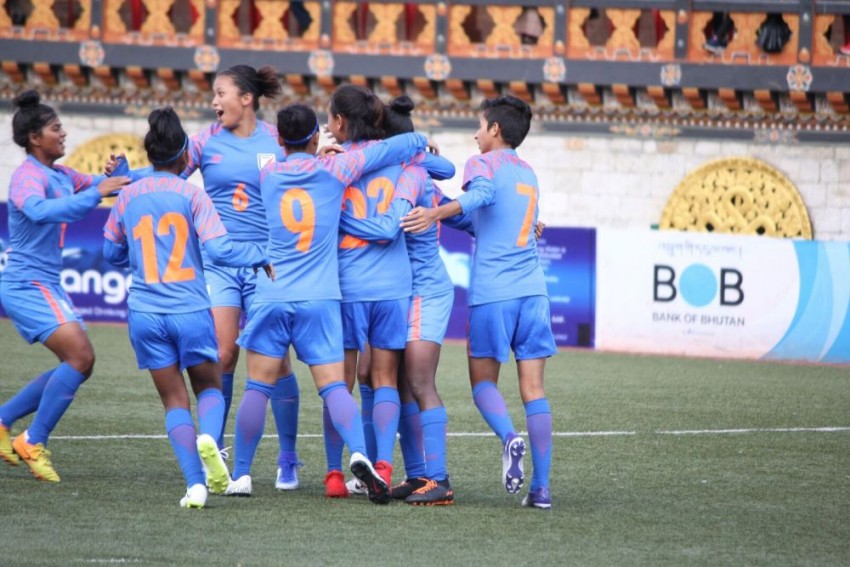 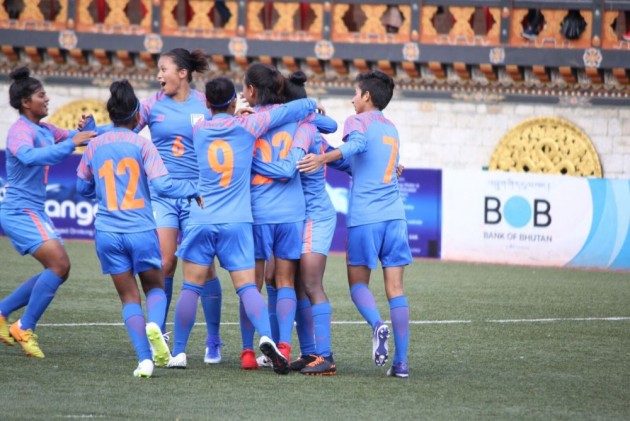 India defeated Nepal 4-1 to start its campaign on a positive note at the SAFF U-15 Women's Championship at the Chalimithang Stadium, Thimphu on Wednesday (October 9). (FOOTBALL NEWS)

India got off the blocks early on when Sumati Kumari slotted the ball past the near post after a receiving through pass behind the Nepal defence.

India doubled its lead in the 38th minute when Sumati turned provider for Lynda. She squared the ball to Lynda, who put it past the keeper.

The Indians came out with the same intensity in the second half, and Lynda found the net again after she was set up by Sumati for a second time.

Man Maya Damai pulled one back for Nepal after the hour mark but substitute Sai Sankhae put Priyanka through and the latter made no mistake in increasing India's lead.

"First games are always difficult, but we passed the ball well and created a lot of chances. We still can play better," said India's head coach Alex Ambrose after the match.

"These girls are still in the learning phase. This is the time to learn from their mistakes. They will keep getting better with every game."

India will play hosts Bhutan in their second match on Friday.