Indian women team finish at No. 1 spot ahead of Russia with sensational 7 gold medals, while men’s team concluded with four medals 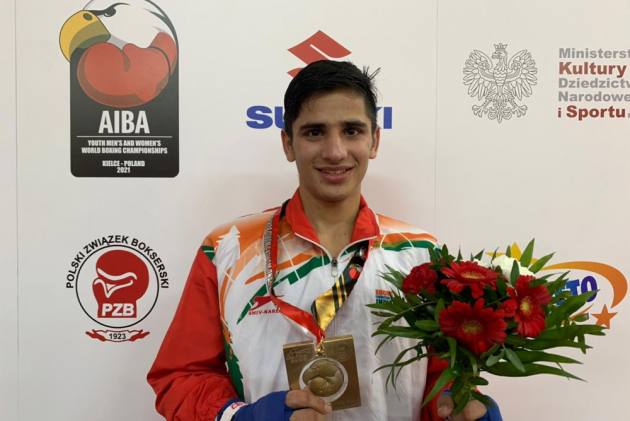 Indian boxer Sachin (56kg) on Friday added an unprecedented eighth gold to the country's historic medal haul at the youth world championships in Kielce, Poland, a day after all seven women swept the top honours in an astonishing performance. (More Sports News)

Sachin rallied to defeat Kazakhstan's Yerbolat Sabyr 4-1 in a gritty performance by the end of which his confident opponent was left with a bloodied face and exhausted body.

READ: Seven Out Of Seven For India Women

The Indian was off to a spirited start and was definitely impressive with his counter-attacks but the Kazakh clinched the opening round 3-2.

Sachin intensified his attacks after the break with his right straights fetching him the points. He drew level by getting a split verdict in his favour in the second round.

The final round belonged to the relentless Sachin as Sabyr ran out of steam.

This was an improvement on two gold, two silver and six bronze medals claimed at the event's 2018 edition.

Sachin is the first Indian male boxer since 2016 to finish on top. It was his namesake Sachin Siwach, now a senior camper, who fetched a gold in that edition.