SA Vs ENG, 3rd Test, Day 4: Joe Root Puts South Africa In A Spin As England Close In On Victory

Captain Joe Root is better known for his batting, but his bowling masterclass left England four wickets from victory in the third Test 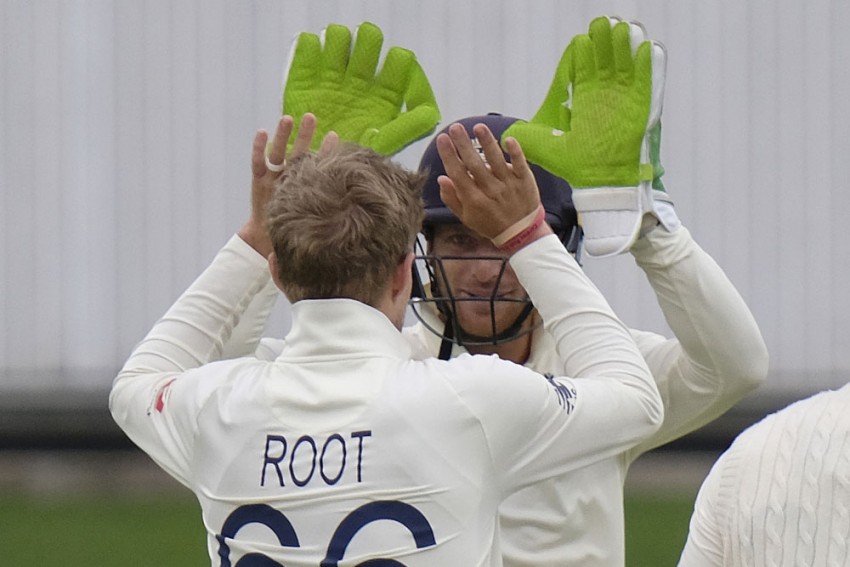 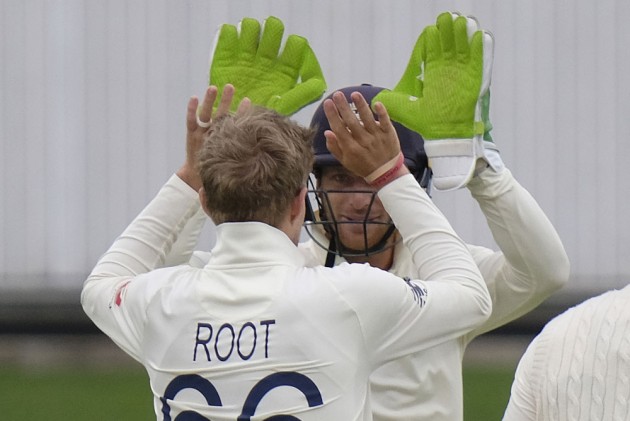 Joe Root produced the finest bowling performance of his England career on day four of the third Test to put the tourists within sight of victory over South Africa at St George's Park.

Surely only rain can save the hosts now, with a mixed forecast for the final day in Port Elizabeth, where England need only four wickets to take a 2-1 lead with one match to play.

Root had never taken more than two wickets in a Test, but the captain snagged 4-31 in 19 overs on Sunday after Mark Wood struck twice to leave South Africa 102-6 in their second innings, still trailing by 188 runs.

Part-time off-spinner Root only had one previous four-wicket haul, the 4-5 he took to steer Yorkshire to a County Championship victory against Lancashire at Old Trafford in July 2018.

England were already in command and they pressed home their advantage on day four, with 10 South Africa wickets falling for just 103 runs.

wickets in the day and  for the skipper @root66!

South Africa had a wretched morning, losing four wickets for just one run to slump from 208-6 to 209 all out. England had no hesitation in enforcing the follow-on.

Vernon Philander and Quinton de Kock were 54 runs into a seventh-wicket stand at stumps on the previous evening, but that partnership was swiftly broken.

Both men went the same way, bowled through the gate, with Stuart Broad (3-30) cleaning up Philander and Sam Curran delighting at removing De Kock (63).

Keshav Maharaj chopped on to give Broad his second wicket of the morning, before a third followed for the paceman when Kagiso Rabada chipped straight to Wood at mid-off.

South Africa were 15-0 in their second innings when rain arrived to provide respite, with three hours lost.

Eight balls into the resumption came another blow to the Proteas, Wood piercing Dean Elgar's defences and tearing his off stump out of the ground.

Wood (2-23) struck again when a leg-side snick from the struggling Zubayr Hamza was gratefully received by Jos Buttler.

Root pinned Pieter Malan lbw for 12 - the opener having faced 79 balls for those runs - and then prised out Rasse van der Dussen when Ollie Pope took off from short leg to grab a spectacular leaping catch.

Van der Dussen had survived a string of scares against Root, most notably when he successfully reviewed an lbw decision, and his time had been coming.

De Kock's bad day got even worse, a horribly sliced hoik at Root looping up for Wood to clutch a tremendous catch above his head at point.

And Root had a fourth victim when Proteas skipper Faf du Plessis (36) got a big inside edge into his pads and the ball looped up for Pope to collect.

South Africa need to find something big on day five to save face, and avoid going to Johannesburg needing a victory to draw the series. The skies offer their best hope.