Ruud Gullit arrived at Chelsea at the end of May in 1995, sparking a rush of Premier League imports, including David Ginola, Juninho and Dennis Bergkamp 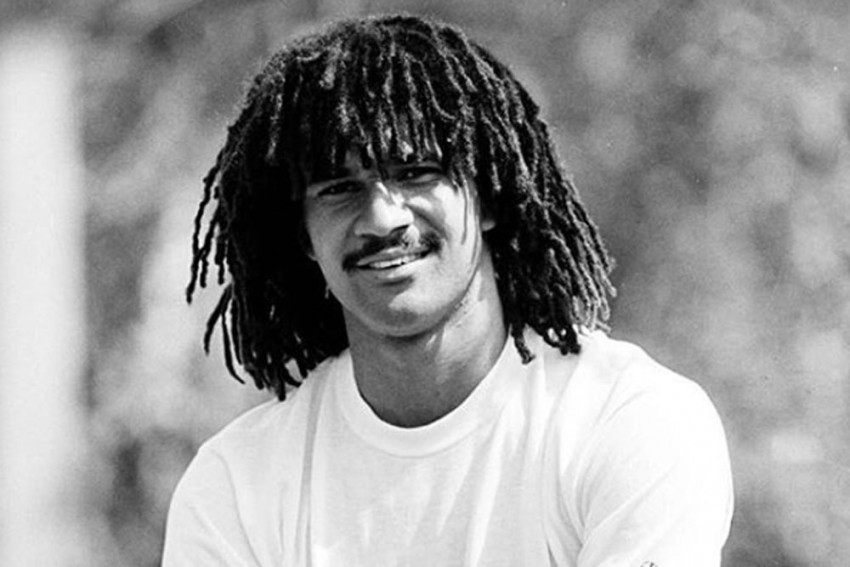 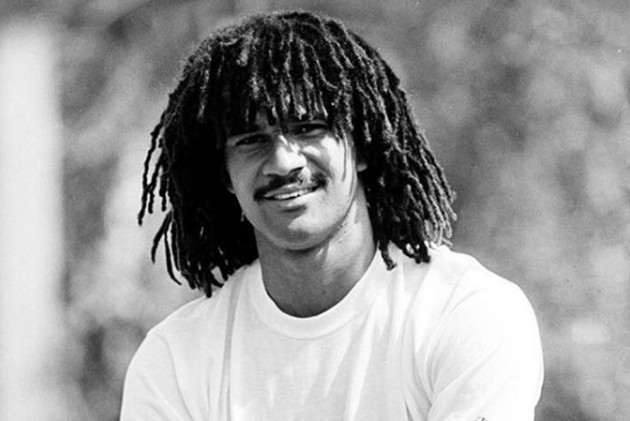 There are some days in English football history that stand out as turning points. (More Football News)

The fledgling Premier League had experienced a sprinkling of overseas talent already, with Eric Cantona making a staggering impact at Leeds United and Manchester United, and Jurgen Klinsmann coming off a season-long cameo at Tottenham.

Superstar Gullit's arrival at Stamford Bridge was the cue for a transfer-market melee, a spectacular flurry of deals that still take the breath away.

To this day, a host of players recruited in the wake of Gullit's arrival, many imported from overseas, are revered in the top bracket of talent that graced their clubs and the Premier League.

Dennis Bergkamp came to Arsenal with a lofty reputation. But David Ginola, Juninho and Georgi Kinkladze joined Newcastle United, Middlesbrough and Manchester City as near-unknowns in England, destined to join the pantheon of club greats.

Euro 96 was on the horizon, lads and ladettes were supping Hooch and bathing in a summer of Britpop battles, and there was feverish optimism about the state of the nation.

Here is a look at the biggest deals of that heady few months.

A world star, who was arguably the finest player on the planet at his peak, Gullit may not have been at the height of his career by the time he arrived in London on a free transfer, but there was no disguising the 32-year-old's star quality.

He rivalled Klinsmann as the most famous arrival since the Premier League launched in 1992, and was arguably in a higher bracket.

Hoddle reportedly made two trips to Italy to meet Gullit before the stunning deal went through, and the Netherlands maverick was recruited to feature as a sweeper in the new high-culture Chelsea side.

"I am very fit and by playing sweeper I can control the speed of the game," said Gullit, quoted in the Independent the following day. "If you have possession of the ball you don't have to run around chasing after it."

The sweeper experiment was soon abandoned, however, Gullit moving into a better-suited midfield role where he proved predictably majestic, going on to succeed Hoddle as Chelsea manager in 1996.

What do you guys think, is this hair and moustache combo worthy of its own emoji? ðÂ¤£

Bergkamp was a real eye-catcher, joining for a then British record fee of £7.5million, albeit with question marks over his suitability for the Gunners, particularly after a rocky season at Inter.

Platt had been captain of England, and was a guaranteed solid midfield presence, but new Arsenal boss Bruce Rioch appreciated he was perhaps getting something special when Bergkamp became the first signing of his reign.

That overwhelmingly proved to be the case, and although Rioch only lasted one full season at Highbury, he could always point to his nurturing of Bergkamp as being instrumental in shaping Arsenal's future.

The non-flying Dutchman played 423 games for the Gunners, scoring 120 goals and winning a hatful of medals. Today, a bronze statue of Bergkamp stands outside Arsenal's Emirates Stadium home.

The £2.5m arrival of Ginola proved a masterstroke, the French winger magnificent on the left wing while Keith Gillespie, a makeweight in the Cole deal, dazzled on the right.

Ferdinand was the ideal targetman and proved to be another exceptional buy, but Ginola was the fans' favourite, his trickery, pace and personality lighting up the league.

Newcastle were almost champions, Ginola at the heart of some of the most cavalier football of the decade.

City fans are accustomed to success nowadays, brought to them by a foreign legion featuring the likes of Pep Guardiola, Sheikh Mansour, Sergio Aguero, Kevin De Bruyne and Vincent Kompany.

But there will always be a special place for Kinkladze in the hearts of City fans who saw him play in the Maine Road era, when Franny Lee was chairman and Uwe Rosler the star imported striker.

City were relegated from the Premier League in Kinkladze's first season, and he left in 1998 after a second relegation into the third tier, but the Georgian was a bright spark in dark times, his dribbling skills and free-kick ability never to be forgotten. A particularly memorable solo strike came against Southampton, a lasting gift.

The British transfer record was broken twice in June 1995, firstly with Arsenal's swoop for Bergkamp and then when Liverpool paid £8.5m for Nottingham Forest striker Collymore.

He and Robbie Fowler formed an often menacing partnership, particularly in Collymore's first season at Anfield, but the big-money recruit lasted just two seasons with Liverpool in the 'Spice Boys' era before moving to Aston Villa for £7m.

It was a stunning gamble by Alex Ferguson, with Hughes and Kanchelskis joining Premier League rivals Chelsea and Everton respectively, while midfield general Ince floated off to Italy with Inter for £7.5m.

But Ferguson knew his Class of 92 youngsters were pushing for a chance at first-team level, and with the likes of David Beckham, Paul Scholes and Nicky Butt emerging, the old guard were barely missed, United going on to win a league and cup double.

This £4.75m move went through slightly later in the year, in October 1995, back when clubs could strike autumn deals.

Bryan Robson would bring in Fabrizio Ravanelli in the following close-season, but none of the Middlesbrough manager's signings are remembered quite so fondly as Juninho.

The little Brazilian was a marvel of an attacker, a low centre of gravity helping him to ride the wildest of tackles from defenders who could not handle his dribbling ability.

On Teesside, they adored the Brazilian, who began brightly enough but truly dazzled in his second season, helping Boro to reach both the FA Cup and League Cup finals.

They lost both and suffered the pain of relegation. Juninho left too, but returned for two later spells with the club that loved him best of all, winning the 2004 League Cup.

My debut day for my beloved Middlesbrough at Riverside. What an unbelievable day that was. I will never forget!! #juninhopaulista #middlesbrough #boro #mfc #debut #riverside #1995

...MEANWHILE, NORTH OF THE BORDER

Chelsea had reportedly wanted Gascoigne to join Gullit in west London, but it was Scottish champions Rangers who prised the England international from Lazio, a massive coup for the Ibrox club.

'Gazza' was adored on the blue side of Glasgow and scored a raft of dazzling goals as Rangers won their eighth and ninth successive league titles.

Forgiveness even came quickly after his stunning strike past club-mate Andy Goram for England against Scotland at Euro 96.