Dele Alli and Gareth Bale failed to make the most of Tottenham starts as they were substituted in a dismal defeat at Royal Antwerp. 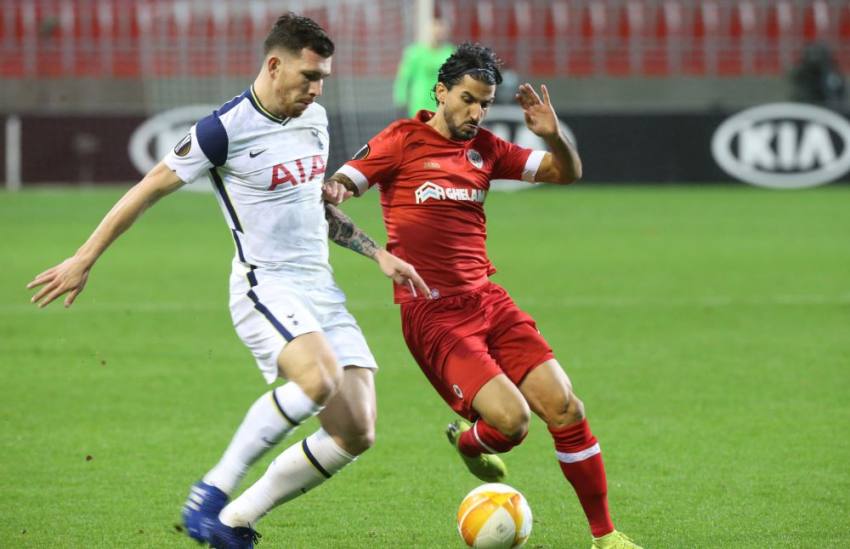 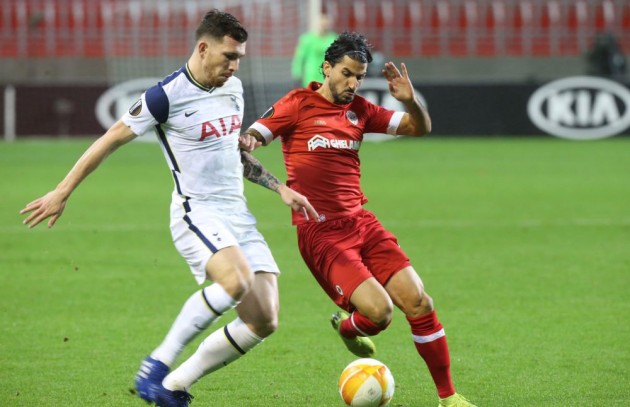 Jose Mourinho's big-name substitutes failed to save Tottenham from a 1-0 Europa League defeat at Royal Antwerp on Thursday.

Dele Alli and Gareth Bale both came into the Spurs side but neither lasted an hour, the former withdrawn among four half-time changes as Mourinho's men trailed to Lior Refaelov's 29th-minute strike.

The visiting coach turned first to Son Heung-min and then to Harry Kane - replacing Bale 13 minutes later - yet the in-form pair could not come up with a leveller despite a slightly improved second-half showing.

Again the pre-match optimism prompted by beating Burnley on Monday dissipated, with Tottenham too often this season following big victories with inexplicable setbacks.

While Spurs toiled from the outset, the Belgian Pro League leaders seized the biggest opportunity of the first half as Dieumerci Mbokani ripped the ball away from Ben Davies, raced towards goal and squared for Refaelov to control and lash into the net.

Despite the raft of Mourinho changes, Antwerp twice could have increased their advantage early in the second half.

More slack play - this time from Harry Winks - let Refaelov in, prompting a sublime recovery tackle from Davinson Sanchez, before Mbokani somehow missed the target when found by Koji Miyoshi with the goal at his mercy.

Pressure increased on the Antwerp goal, but they were soon in again on the counter, only for Simen Juklerod to fire high into the stands with only Hugo Lloris to beat.

Although that miss kept Tottenham in the match, they could not create a presentable opportunity for Son or Kane as Mourinho lost for the first time in 16 Europa League matches - including qualifiers.

What does it mean? Kane unable to fill creativity void

Tottenham made nine changes from the Burnley win and still named a strong side on paper, encouraging talk of increased options and greater depth to challenge on four fronts. The subsequent 90 minutes quietened such discussions.

Mourinho was perhaps harsh to hook his attacking stars, though, with precious little different in that department from the game at Turf Moor. Spurs were similarly poor for long stretches in that match and scored from their only big chance, which Kane created but could not repeat the feat here.

The failings in defence on evidence in Belgium might have been of greater concern.

Out of position, out of sorts

The only obvious issue with the Spurs XI at kick-off was left-back Davies being in the middle of a back four. Sure enough, he looked uncomfortable up against the physicality of Mbokani, who brushed his marker aside for the decisive goal. Davies won 61.5 per cent of his duels but lost the most crucial one.

Showing Davies how it should be done at the other end - albeit in a back three - was natural full-back Ritchie de Laet. A former EFL nomad who won the Premier League with Leicester City, he clearly knew exactly what to expect from Spurs and successfully kept Bale quiet.

De Laet ended the match with six tackles, one clearance, six interceptions and a block as Antwerp put their bodies on the line.

- Spurs have never won away to Belgian opposition in six attempts, losing four and drawing twice.

- Antwerp are the first Belgian side to beat an English club in Europe in 10 matches since KAA Gent defeated Spurs in the Europa League in February 2017.

- Tottenham had scored in 10 consecutive matches before firing a blank in this contest. The last time they failed to find the back of the net was also their last defeat, against Everton in their Premier League opener in September.

- Alli has started just three games for Tottenham in all competitions this season and was substituted at half time in two of them.

Mourinho will look for a Tottenham response at Brighton and Hove Albion on Sunday, while Antwerp can celebrate before a big clash with Anderlecht earlier the same day.