Ronald Koeman Implores Barcelona To 'Focus On The Football' 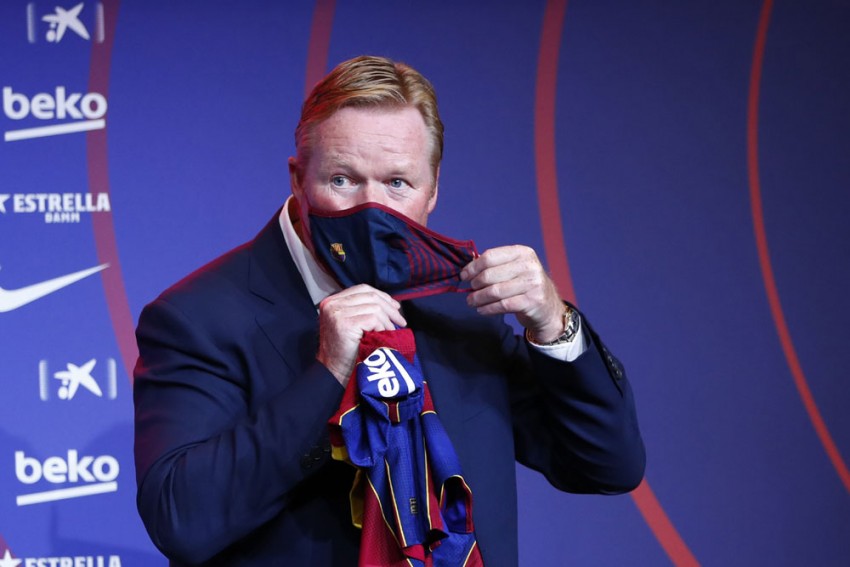 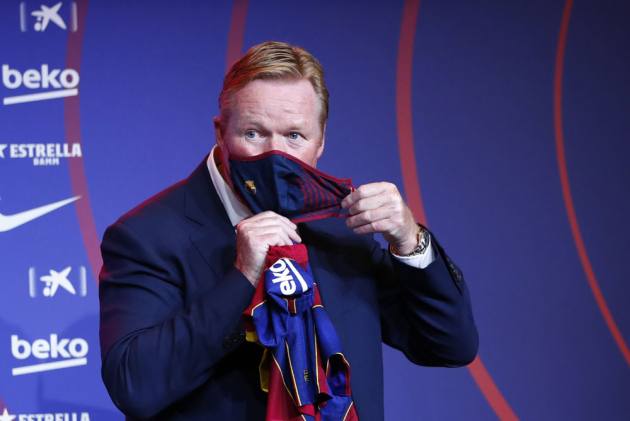 Ronald Koeman implored his Barcelona side to focus on the football after admitting the events of the past couple of days are "not good for the club's image".

On Monday, Los Mossos d'Esquadra carried out several searches of the club's premises, prompting Barca to say have "offered up their full collaboration to the legal and police authorities to help make clear facts which are subject to investigation."

According to Spanish news agency EFE, former Barca president Josep Maria Bartomeu was taken into custody as part of the probe carried out by the economic crimes department of the Catalan police. EFE said on Tuesday Bartomeu has been provisionally released under charges of unfair administration and corruption of business.

The investigation is thought to centre around the "Barcagate" scandal, in which it was alleged social media company 13 Ventures were paid by Barcelona to smear club greats such as Lionel Messi, Pep Guardiola, Xavi, Gerard Pique and ex-president Joan Laporta during Bartomeu's leadership.

In July 2020, Barca's offices were searched by Los Mossos in relation to those claims, although the club hired Price Waterhouse Coopers to investigate the matter and the global auditing firm found in their favour.

Addressing the chaotic events at a pre-match news conference for Barca's second leg of the Copa del Rey semi-final against Sevilla, head coach Koeman said: "It's not good for the club's image.

"We have to wait and see what happens. I wasn't here, I don't know what happened. We can't do anything, we must focus on football."

The only thing we can do is focus on our work ... which is to overcome this deficit against Sevilla.
— @RonaldKoeman when asked about Monday's events pic.twitter.com/OecPCUoJEE

Bartomeu stepped down as Barca president in October ahead of a vote of no confidence in his leadership, a move that followed a close season of turmoil in which Messi attempted to leave Camp Nou.

Elections to choose his successor are scheduled to take place on Sunday amid another turbulent episode at Barca, with Laporta the favourite to return for a second stint in charge.

It has long-been suggested that a new regime will look to install club legend Xavi as head coach, rumours Koeman says he has no time to focus on.

"I'm not worried about Xavi. I have a contract," he added.

"When we know who the president is, we will have to speak and [he will] show me his way. This week only plays tomorrow's game."

For Koeman the immediate focus is on attempting to overturn a 2-0 deficit against Sevilla, a team they defeated by the same scoreline in LaLiga on Sunday.

"We know we have a bad result to come back from, but I think we have a chance. The team is very hungry," he said.

"The team has focused on doing good things. We have to ask for more effectiveness and a clean sheet, which will be vital.

"All clubs go through difficult times. A lot has happened to us this season. We are fighting to win things. In the end what counts is the field, the games, being with the group.

"This is the best place for me, until the last day I will try to do my best for Barca. How long will I be here, it doesn't influence me."

Pedri offered Koeman a pre-match boost by resuming training following the leg injury he sustained during the weekend meeting with Sevilla, but defender Ronald Araujo remains a doubt after a setback when returning from an ankle problem during the same match.