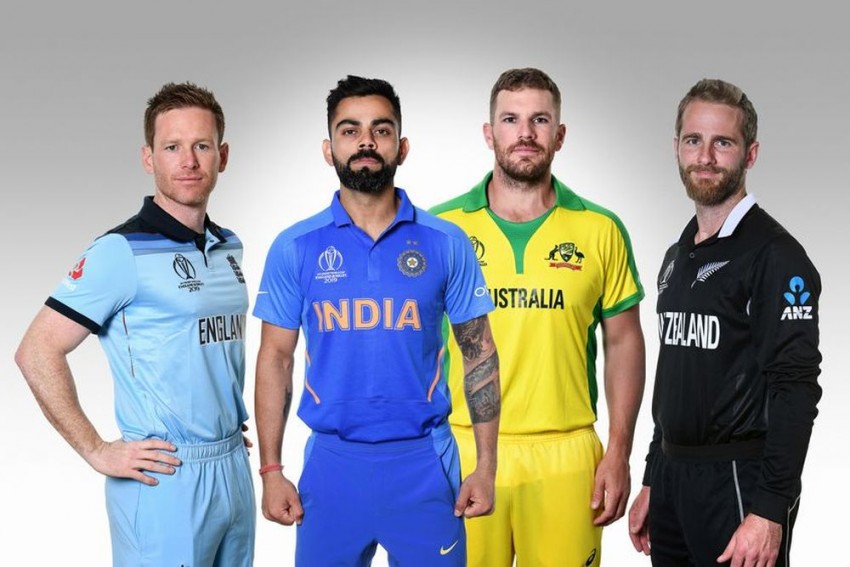 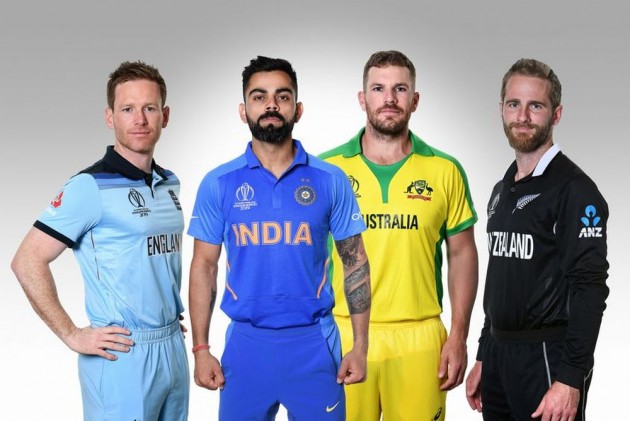 And then there were four.

The ICC Men’s Cricket World Cup 2019 group stage has exposed 10 nations to every possible pressure, examining every nook and cranny of their method in the 50-over format. India, Australia, England and New Zealand have ridden the wave and reached the final four on the strength of clear plans and outstanding individuals. (RESULTS | POINTS TABLE)

With the semi-finals looming, we look at the numbers behind their success and areas of weaknesses that could prove their undoing in the knockout stages.

Spin has been outshone at this World Cup. No team’s aggregate spinners have taken wickets at better than 40 runs apiece.

Afghanistan took the most, with 27 wickets at 41.59, but they finished bottom of the standings after the round-robin stage. It has been left to seamers to pick up the slack.

India have led the way in this regard. Led by Jasprit Bumrah, their quicks have snaffled 51 wickets at 23.50, the best average of any team.

Virat Kohli’s side have lost only four wickets in the entire competition in the first 10 overs, showing an unstinting commitment to reducing risk.

India's run rate of 4.65 in the first Powerplay was well below the tournament average of 4.93, scoring 28 against England and 32 against South Africa.

Keeping their cool and with record-breaking Rohit Sharma to the fore, Indian wickets have cost 93 runs on average, leaving Sharma and Kohli to wreak havoc at the end of the innings.

That said, when teams can dislodge their top three, India continue to find it difficult to score quickly in the death overs.

Since the 2015 World Cup, none of the 10 teams’ tail-enders – taken as numbers eight to 11 – have scored slower than India, whose collective run-rate stands at 4.71 an over.

Lower-order batsmen scored at a strike rate of 120 or higher 28 times in the group stage - only Hardik Pandya’s 46 against West Indies was that swift.

A fascinating factor over the course of the league stage was the influence held by the success of opening partnerships – or the lack of it.

Australia averaged 55 for their first wicket, with wins over England, Pakistan and Bangladesh buttressed by the dovetailing of Aaron Finch and David Warner.

Across the group stage, losing teams only had three opening partnerships of more than 50 in total, whereas winning teams had 12 century stands and 10 more over 50.

With Australia’s batting line-up set to be rejigged after the loss of Usman Khawaja to injury, separating Finch and Warner early will be high on England’s agenda on Thursday.

In Glenn Maxwell, Australia boast by the far the quickest starter to an innings at the 2019 World Cup.

The 30-year-old struck at 195.45 in the first 15 balls of his innings in the group stage – only Pandya comes close - with Sri Lanka and Bangladesh bearing the brunt.

Indeed only Jos Buttler had a lower dot ball percentage (27.84%) than Maxwell, who scored from two-thirds of the deliveries he faced.

England’s middle-overs bowling has been mixed so the work of Maxwell and Alex Carey, who has broken out with three half-centuries, takes on even greater significance in the semi-final.

Australia’s all-rounders have underperformed with the ball, meaning they haven’t quite added up as a bowling unit yet at this World Cup.

Maxwell has bowled 32 overs without taking a wicket and while Marcus Stoinis has taken seven victims, his overall economy rate comes in at a shade over a run-a-ball.

This has forced the likes of Finch and Steve Smith to turn their arm over and piled pressure on Jason Behrendorff, four of whose ten ODI appearances have come at this tournament.

It’s a sore spot that will have England’s powerful middle-order salivating.

A Force First Up

Put simply, no-one does it quite like England with the bat in the Powerplay.

They averaged 54.22 for the first wicket in the group stage but crucially scored at 5.43 runs an over, faster than every team other than Sri Lanka, who shed wickets early on.

Jonny Bairstow and Jason Roy hold the key as the highest averaging ODI opening pair of all time to have batted more than 20 times together.

They Keep On Coming

It’s not just in the early stages that England throw caution to the wind – they only have eyes for the boundary throughout the 50 overs.

Only West Indies (10.7%) had a higher boundary rate in overs 11-40 than the hosts in the group stage, who hit 10.3% of balls they faced in that crucial period for four or six.

And with their tail scoring at a higher run-rate than any team in the world since the last World Cup – 6.19 an over – they are an irresistible force with the bat in the right conditions.

Brittle With The Ball

Cutting edge with the ball is the main area in which England lag slightly behind the other three contenders to lift the World Cup.

And chasing totals has been a chink in the armour of Eoin Morgan’s men at this tournament – having won 17 consecutive run chases at home, they fell short three times in the group stage.

Williamson Picks Up The Slack

The Black Caps have failed where others have succeeded with the bat early on, losing 13 wickets in the Powerplay at just 23.38 each – the worst in the competition.

With Colin Munro and Henry Nicholls misfiring, the onus has been on Kane Williamson to provide top-order impetus.

He’s stepped up to the plate with 481 runs – but this has formed 28.73% of New Zealand’s total haul, suggesting an unhealthy dependence.

Mean In The Middle

Williamson’s side have refused to let teams get away from them in the middle-overs, doing a superb containing job with the ball in that phase.

Between overs 11 and 40, Kiwi bowlers were the most economical of all, conceding just 4.74 runs per over, and had the best bowling average by far, taking wickets at 28.63 apiece.

Colin De Grandhomme has proven tough to get away and Lockie Ferguson’s pace packs a punch, so India’s customary gradual acceleration might be stunted at Old Trafford.

Spin has struggled throughout but with only seven wickets in the group stage, New Zealand’s twirlers were the most impotent of any semi-finalist.

Mitchell Santner bowled particularly well against Pakistan in helpful conditions but has been too consumed with stopping the flow of runs to pose a true wicket-taking threat.

And with playing spin second nature to India, Williamson will have to manage his bowlers carefully in Tuesday’s crunch contest.