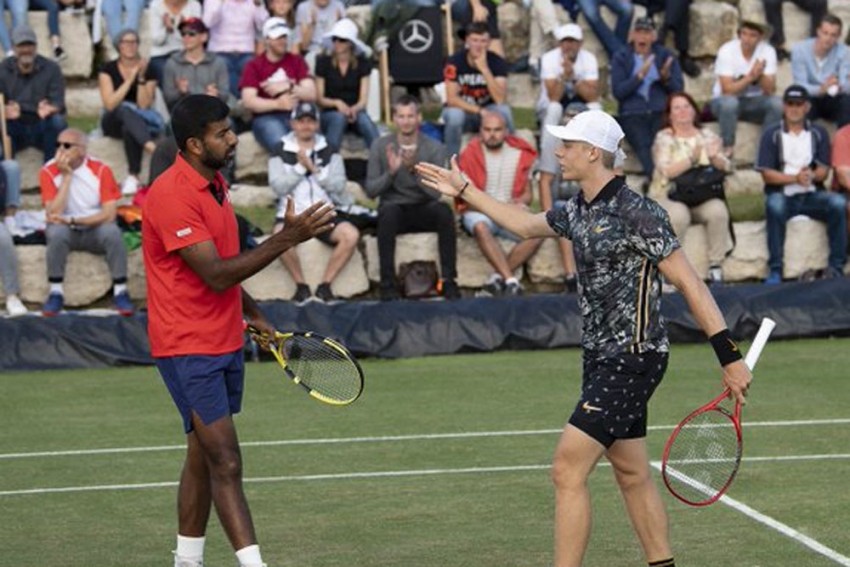 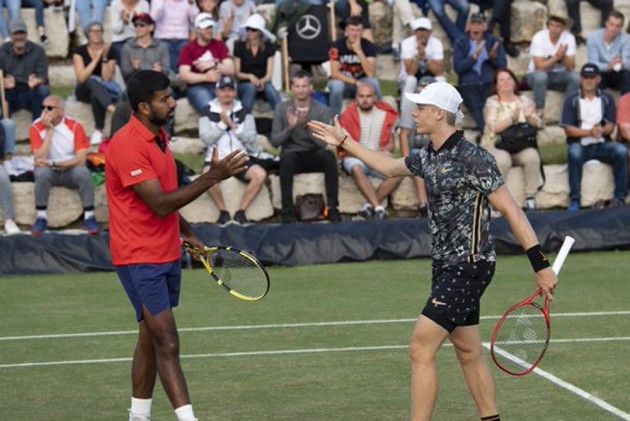 India's Rohan Bopanna and his partner Denis Shapovalov progressed to the semi-final of the men's doubles event at the ATP Montreal Masters at Montreal after receiving walkover from their opponents.

The Indo-Canadian got a walkover in their quarterfinal clash against France's Benoit Paire and Swiss Stan Wawrinka.

Bopanna and Shapovalov will now face the Dutch duo of Robin Haase and Wesley Koolhof in the semifinal.

The unseeded duo of Bopanna and Shapovalov had knocked out the fourth seed French pair of Nichola Mahut and Edouard Roger-Vasselin before defeating Kyle Edmund and Taylor Fritz in straight sets in the round of 16.