Toni Kroos' availability for the LaLiga title run-in has been thrown into doubt after he was asked to isolate due to a COVID-19 contact. 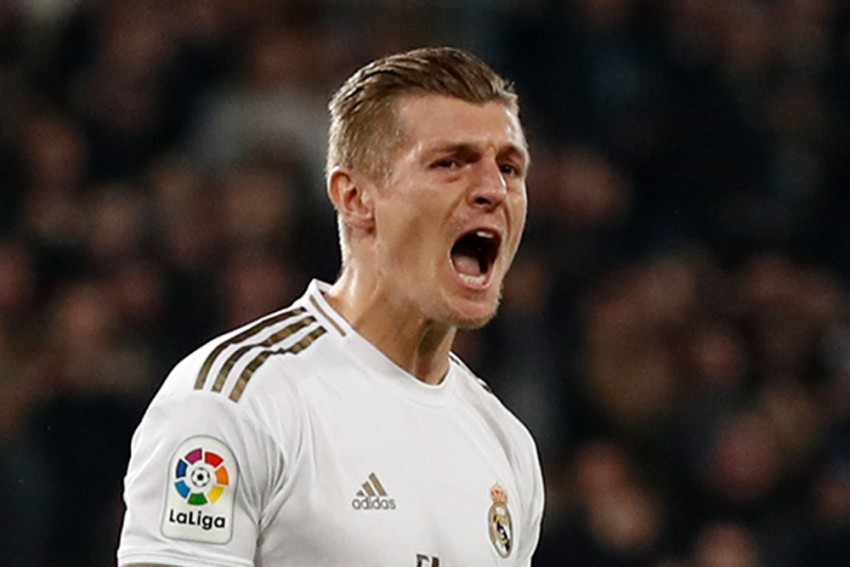 Toni Kroos has been a key figure for Madrid this season, featuring in 28 of their league matches.
File Photo
Stats Perform 2021-05-14T19:30:56+05:30 Real Madrid Midfielder Toni Kroos In Isolation After Close Contact With Positive COVID-19 Case

Real Madrid midfielder Toni Kroos has been placed in isolation after being in contact with a person who has tested positive for coronavirus. (More Football News)

All tests conducted on Kroos up until this point have come back negative but he is now at home as per COVID-19 protocols.

Madrid are playing away against Athletic Bilbao on Sunday in their penultimate LaLiga game of the season.

They are locked in a thrilling title race with Atletico Madrid and Barcelona, as their city rivals lead the standings by two points with only two matches to go.

"Real Madrid reports that our player Toni Kroos is currently in isolation after being in contact with a person who has tested positive for COVID-19, although all tests carried out on the player have come back negative," read a statement from the club on Friday.

It will be hoped that Kroos' situation does not evolve as Federico Valverde's did last month.

Valverde initially had to isolate due to being a close contact before producing a positive test five days later which then ruled him out of a key Champions League match with Chelsea.

Kroos has been a key figure for Madrid this season, featuring in 28 of their league matches.

After a gruelling schedule, he was rested by Zinedine Zidane last time out against Granada ahead of the testing trip to San Mames.