Tyler Adams' late strike sensationally sent RB Leipzig through to the semi-finals of the Champions League at Atletico Madrid's expense. 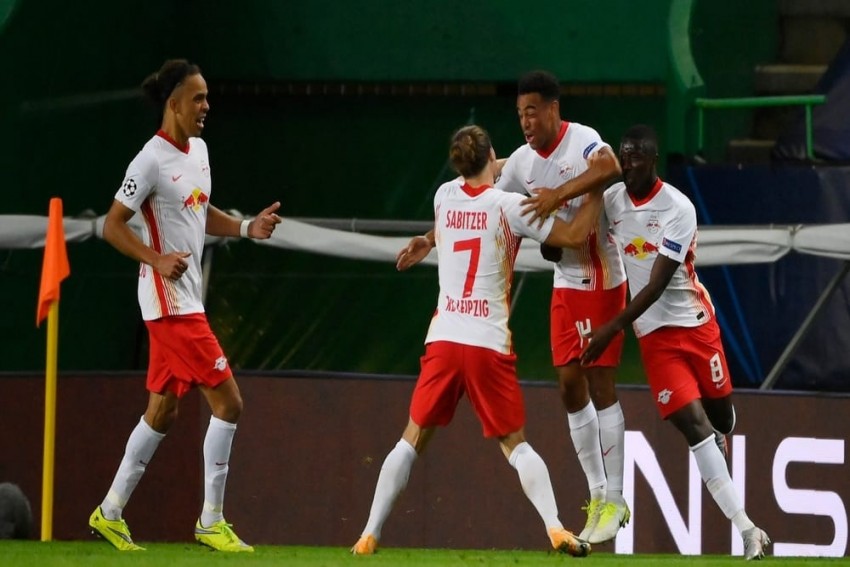 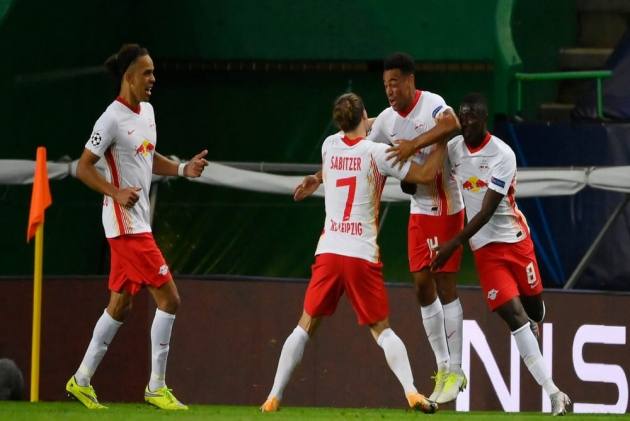 Leipzig, shorn of top scorer Timo Werner following his move to Chelsea, stunned Atletico in another dramatic finish in Lisbon after Joao Felix had pulled the LaLiga club back into the tie.

However, Adams – with the aid of a stray Stefan Savic foot – hit his first Leipzig goal to seal a maiden Champions League semi-final for the club.

Leipzig should have led inside four minutes as the ball fell kindly for Marcel Halstenberg inside the area, but the defender swept his left-footed volley over the crossbar.

Atletico responded and Peter Gulacsi clung to Savic's header, parried Yannick Carrasco's snapshot and was then perhaps slightly fortunate not to concede a penalty as he clipped Saul Niguez's heels, prompting a lengthy VAR check.

The opener arrived early in the second period following a fine passing move as Marcel Sabitzer delivered a square ball from the right onto the forehead of Spain international Olmo, who expertly steered his header past Jan Oblak into the bottom-left corner.

18 - There were 18 passes in the build-up for @RBLeipzig_EN's opening goal v Atlético de Madrid, the most in the knockout stages of the 2019/20 #UCL. All 10 outfield players touched the ball, with 100% of the passes made in the opp. half (Dani Olmo, 50'). Golazo. pic.twitter.com/vXhpvoDsL0

The outstanding Dayot Upamecano was relieved to see Renan Lodi booked for diving as he took a tumble inside the area, but Atletico did soon have a spot-kick.

Joao Felix darted into the area and tempted a lunge from Lukas Klostermann that this time warranted a penalty, taken and confidently converted by the 20-year-old substitute.

Although the momentum looked to be with Atletico, Leipzig countered with two minutes remaining and Angelino's cutback ran for Adams to shoot hard and low, earning a deflection from Savic to wrong-foot Oblak.

What does it mean? Atletico miss their big chance

This was Atletico's year. The Spanish side dumped out holders Liverpool and then watched on as rivals Real Madrid and regular Champions League nemesis Cristiano Ronaldo, at Juventus, were knocked out.

Drawn into the same half as Leipzig, PSG and Atalanta, this was the best chance they could hope to have. But perhaps better suited to the tag of underdogs, which this time belonged to Leipzig, Atletico fluffed their lines.

They gave up too many chances, failed to regularly work Gulacsi and could not even capitalise on Joao Felix's inspiration.

Leipzig might have lost their star attacker, but their main man at the back remains and Upamecano rose to the occasion.

The centre-back was dominant in defence, making one tackle, four clearances and three interceptions in all. But he also brilliantly stepped forward on more than one occasion, picking passes to tee up Leipzig's attacks.

Upamecano might have had a tougher outing had Diego Costa put up any resistance at all. Preferred to Joao Felix and Morata, he and Marcos Llorente were completely ineffective.

Costa was hooked immediately after Joao Felix levelled matters, having failed to muster a single shot in an anonymous display. Llorente played the full 90 minutes and was little better.

- RB Leipzig are the first German side outside of Bayern Munich and Borussia Dortmund to reach the semi-finals of the Champions League since Schalke in 2010-11.

- Atletico Madrid have failed to progress against a German side in the Champions League knockout stages for the first time, getting through on all three previous occasions (v Bayer Leverkusen twice and Bayern Munich once).

- Atletico have scored in each of their last 19 games in all competitions, last enjoying a longer scoring run in 2012 (24 games).

- Leipzig's Dani Olmo is the first Spaniard to score against Atletico in the Champions League since Michel netted for FK Qarabag in October 2017.

Atletico go away to lick their wounds, but Leipzig can look forward to the biggest game in their history against PSG on Tuesday.