RB Leipzig 13-0 Mainz: The Most One-sided Match-ups In A Season In Europe's Top Five Leagues

RB Leipzig's two Bundesliga games against Mainz in 2019-20 had a 13-0 aggregate scoreline. How does it compare to the biggest margins? 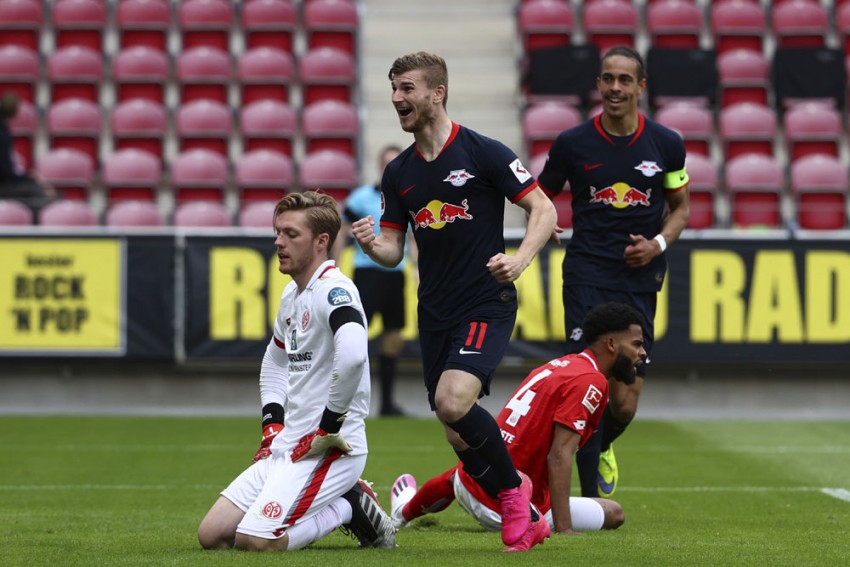 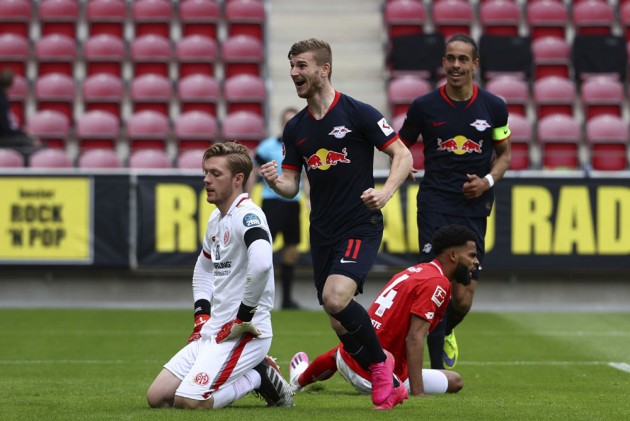 Mainz did not have much joy against RB Leipzig in the 2019-20 Bundesliga season. (More Football News)

After suffering an 8-0 loss to Leipzig at the Red Bull Arena in November, Mainz succumbed to a 5-0 defeat against Julian Nagelsmann's side on Sunday.

With an aggregate score of 13-0 it was clearly a mismatch, but how does it compare to the records in Europe's top five leagues?

Opta delved through the archives to find out the greatest goalscoring margins between two teams in a single season.

Leipzig's goal difference of 13 against Mainz does not constitute a record in Germany's top flight.

That honour belongs to Borussia Monchengladbach, who beat Braunschweig 10-0 and 4-0 in the 1984-85 season.

Correct! Here's every #Bundesliga game in which a team has reached double figures:

No side has scored more than 12 against another in a single Premier League campaign.

Blackburn Rovers had the better of a 12-1 aggregate score against sorry Nottingham Forest in the 1995-96 campaign – a scoreline Tottenham also recorded versus Wigan Athletic in 2009-10.

The only other team to claim the same goal difference against a single opponent is Liverpool against Ipswich Town in 2001-02, with the combined score from their two games being 11-0 to the Reds.

A memorable win at Ipswich from #onthisday in 2002 pic.twitter.com/BhBk2xdBp2

The 1930s was seemingly a prolific period in French football.

After setting a record with a 13-0 aggregate victory over SO Montpellier in 1934-35, Sochaux surpassed it the next season.

Andre Abegglen scored seven as Sochaux overcame Valenciennes 12-1 and they followed it up with a 5-0 victory later in the campaign.

Barcelona are top of the list in LaLiga courtesy of a 16-0 aggregate score against Las Palmas in the 1959-60 campaign.

The Catalan giants won both fixtures 8-0, with Barca's Eulogio Martinez scoring one in the away game and five at Camp Nou.

Eulogio Martínez, who would become Barça’s leading scorer and would later go on to score the first goal ever recorded at Camp Nou, makes his debut in Monaco on the same day the Principality hosts the wedding of Prince Rainier III and Grace Kelly

Real Madrid are the only other team to score 16 against one team in the same season, also doing it in 1959-60 against Elche. However, they conceded three times.

Italian teams have earned a reputation for being strong at the back over the years, but that has certainly not always been the case.

Milan (1950-51) and Padova (1949-50) hold the aggregate record of scoring 11 and not conceding in a single season against Palermo and Venezia respectively.

Torino scored a dozen times twice against Alessandria and Atalanta in the 1940s, but conceded twice in each of those seasons, while Inter put 12 past Lazio in the 1933-1934 campaign but also let two in.