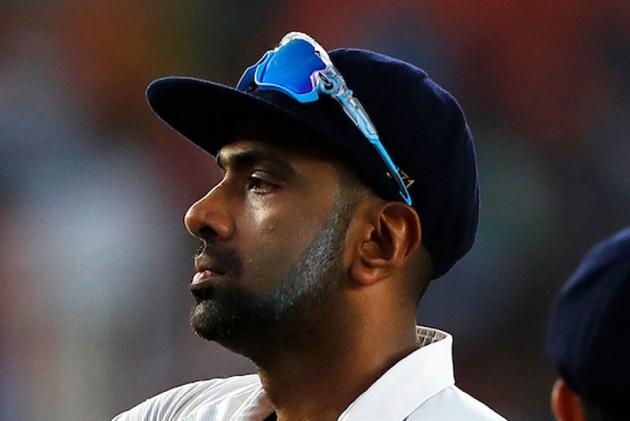 It was another special day for Ravichandran Ashwin as the India all-rounder claimed his 400th Test wicket at the stunning Narendra Modi Stadium.

Ashwin dismissed Jofra Archer during a short-lived day-night match against England in Ahmedabad, in the process becoming only the fourth India bowler to reach the landmark.

The spinner joins compatriots Anil Kumble, Kapil Dev and Harbhajan Singh in the 400 club, while he is the 16th player to achieve the feat in the longest format.

Ashwin brought up the milestone in only his 77th match; there will surely be plenty more to come for the 34-year-old, too.

His standout numbers with the ball in the Test arena since making his debut versus West Indies in November 2011 make for impressive reading.

The in-form Ashwin is just one shy of England seamer Anderson's total of 30, having taken 6-61 in the second innings of the first Test and 5-43 in the first innings of a second match India won emphatically to level the series.

While not quite able to add to the collection in Ahmedabad, he still finished the game with impressive match figures of 7-74.

Ashwin has taken six five-wicket hauls in as many Tests against New Zealand - more than any other side.  He has claimed 10 scalps in a Test on seven occasions and seven in an innings five times.

A thorn in Australia's side

Ashwin has racked up 89 of his wickets against Australia, more than any other side.

They were taken in 18 matches at an average of 31.5, while he has also thrived against England over the years - taking 73 wickets at 32.2 apiece.

Ashwin has 39 Test wickets in Australia, more than any nation other than his homeland.

His best performance came in October 2016 against New Zealand in Indore, helping himself to match figures of 13-140 - including 7-59 in the second innings of a crushing 321-run win.

A liking for left-handers

Ashwin has had great success bowling at left-handers over the years.

He has dismissed a left-hander on 205 occasions, with his average against them at 19.5 compared to 31.2 against right-handers before play began in the third Test.

Ben Stokes is among the batsmen who has suffered at the hands of Ashwin the most; he has dismissed the England all-rounder 11 times in total.

Only Muralitharan managed to make it to 400 in fewer Tests and while Kumble's final total of 619 may be an ambitious target, it seems certain that by the time Ashwin decides to retire, India's newest member of the prestigious club will occupy at least second place on their all-time list for wickets.