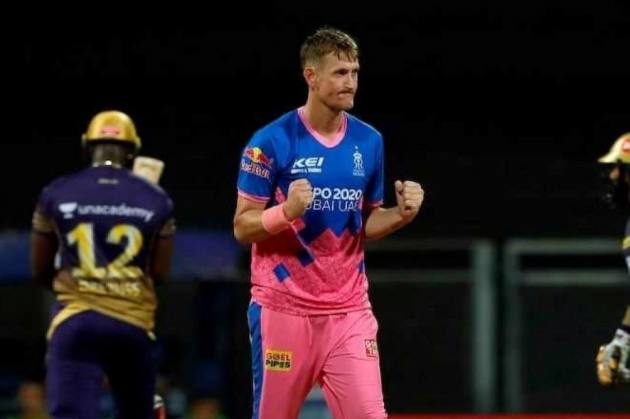 South Africa and Rajasthan Royals all-rounder Chris Morris is "relieved" to be safely back home after witnessing "chaos" unfold once COVID-19 cases in the IPL bio-bubble came to light. (More Cricket News)

Morris, along with his 10 other South African players have reached home, after the IPL was suspended following six cases of COVID-19 -- four players and two coaches from three different teams.

Morris said they came to know about the COVID cases in Kolkata Knight Riders -- Varun Chakravarthy and Sandeep Warrier -- on Sunday night.

"The moment we heard that, when players are testing positive, inside the bubble, then everyone starts asking questions. The alarm bells definitely started going off for all of us," he said.

"By Monday when they postponed that game (between Kolkata and Royal Challengers Bangalore), we knew the tournament was under pressure to continue."

"I was chatting to our team doctor, whose room was across the hallway from my mine in the hotel, and Kumar (Sangakarra, the Royals' head coach) came around the corner, and drew his finger across his throat, and then we knew it was over," said Morris.

"And then it was chaos! The England guys especially were panicking because they needed to isolate in hotels in England first, and apparently there weren't any rooms."

Gerald Coetzee, who was named the replacement for Australian Andrew Tye, had arrived in India only last week and Morris said he tried to comfort the young pacer as he was panicking a bit.

"I know poor Gerald was panicking a bit, I mean he's only 20 and all this is going on," said Morris, who was the costliest IPL buy ever with a whopping Rs 16.25 crore contract.

"I tried to keep him under my wing a bit and made sure he was ready when the 12.30am pick up came at the hotel. It was eerie, it was just a handful of us in that whole hotel at the time."

There was criticism of the league happening at a time when a devastating health crisis was unfolding outside the bubble with more than 3000 people dying everyday in India.

"For me, this was always a two-fold thing; on the one hand we're playing a tournament, all happy and smiling in a bubble, while outside so many people are suffering," Morris said.

"On the flip side of it, there was the fact that by playing, we were ensuring people actually stayed at home, watched us and at least had something to smile about or something else to think about - even if it was being unhappy with how we played in a game - for three hours each night."