PV Sindhu was completely outplayed by Japan's Nozomi Okuhara in the semifinal clash of Singapore Open. Sindhu had won the last two times they played each other. 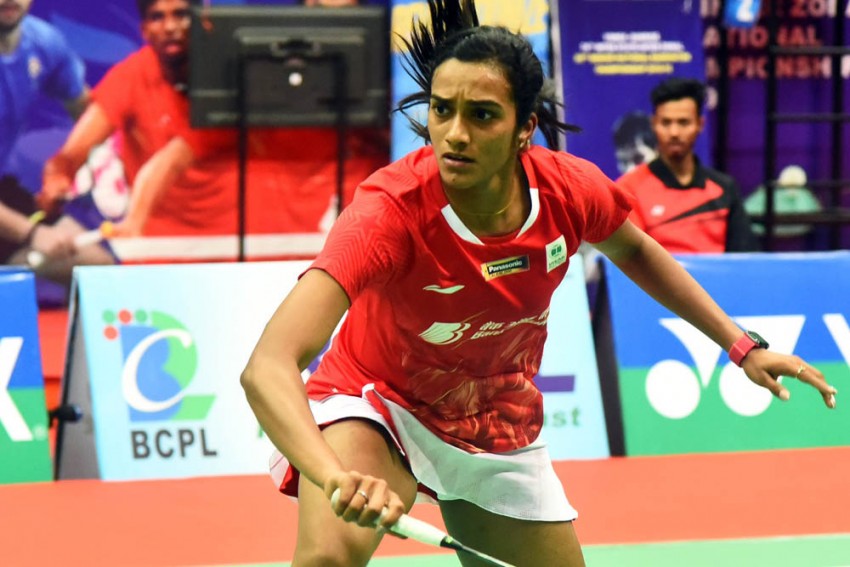 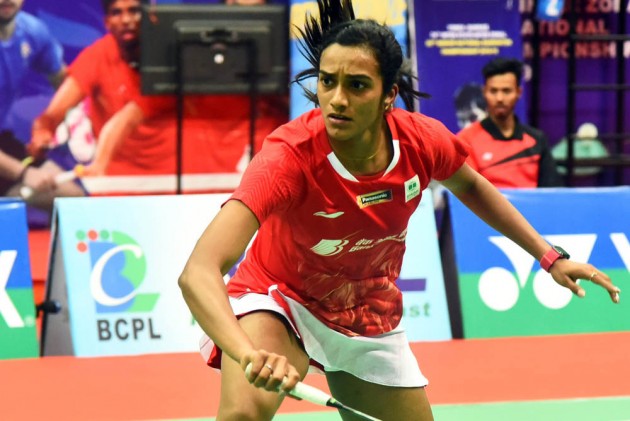 Indian ace shuttler PV Sindhu crashed out of USD 355,000 Singapore Open on Saturday, as she looked out of sorts against a formidable Nozomi Okuhara in the women's singles semifinal clash.

The second-seeded Okuhara finished the match within 37 minutes as she dominated Sindhu convincingly to hand her defeat in straight games 21-7 and 21-11.

Sindhu had won the last two times they played each other and overall enjoyed a slight 7-6 advantage in the head-to-head record with Okuhara.

The duo had played an epic final at 2017 World Championship that had clocked 110 minutes and is considered one of the best women's singles match in the history of badminton.

Since that marathon World Championship final, Sindhu and Okuhara have played each other six times and the Indian has won four times.

But Saturday, Sindhu looked completely out of sort as just 15 minutes into the match and she was crestfallen after meekly surrendering the first game following a heap of unforced errors, mainly at the net and sidelines.

While in-form Okuhara showed great control, Sindhu looked low in confidence and lacked the patience to engage her rival in long rallies.

After the change of sides, Sindhu lagged 1-3 but she recovered to made it 4-4. Okuhara then changed the pace of the rallies and gathered six straight points, which included two precise lifts at the backline and also a prompt net return.

The Japanese reached 11-5 at the interval.

With Sindhu continuing to commit simple errors, which included missing the lines and finding the net too often, Okuhara dominated the proceedings, gathering points at will.

Okuhara kept the pressure on Sindhu and eventually, a round-the-head cross court return took her to 18-8.

Four wide shots delayed the inevitable before Okuhara grabbed nine match points with another superb cross court smash. Another cross court return and she sealed her place in the final.

Okuhara,  earlier in the quarterfinal rounds had shown the exit doors to Saina Nehwal. The Japenese who had earlier lost to Saina in their previous three meetings got the better of the Indian on this occasion.

Okuhara now halted Sindhu's journey too in the tournament. She completely outplayed both the Indian badminton stars with ease. Sindhu's defeat drew curtains on India's campaign at the Singapore Open here on Saturday.

Earlier, fourth-seeded Sindhu made it to the semifinals after a victory over BWF World Junior Championship bronze-medallist Cai Yanyan 21-13, 17-21 and 21-14.

Rio Olympic silver-medalist Sindhu's search for consistency has taken a beating in recent times and this sort of a defeat will set her on the backfoot.

Okuhara will no take on Chinese Taipei's Tai Tzu Ying in the finals.

Tai Tzu Ying won over Japan's Akane Yamaguchi in an evenly contested affair to seal a spot in the finals. Though she lost the first game 15-21, she made a strong comeback to win the last two games 24-22 and 21-19.