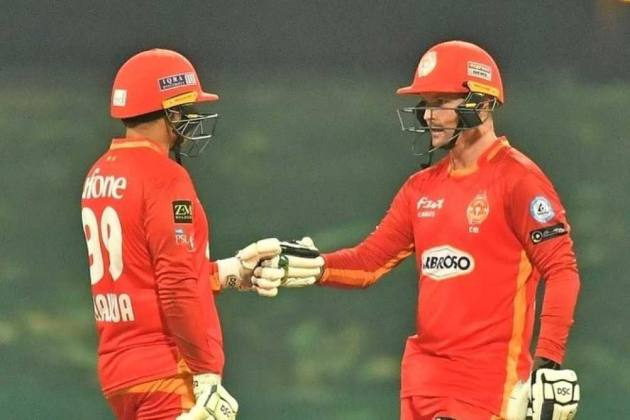 Munro hit 12 fours and five sixes, and was well supported by Islamabad-born Australian Usman Khawaja's unbeaten 41. The left-handers smashed the seam and spin of Quetta to reach 137-0 in just 10 overs. Quetta was all out for 133.

No team had previously chased so quickly in Pakistan's premier Twenty20 league which is in its sixth season. The electrifying chase lifted Islamabad to second in the standings, two points behind leader Lahore Qalandars.

Munro tore the Quetta bowling apart by hitting Andre Russell's concussion substitute, Naseem Shah, for four boundaries in the first over. Russell didn't take the field as a precaution after being struck on the helmet by fast bowler Musa Khan.

Quetta spinners Zahid Mahmood and Mohammad Nawaz also were flayed by Munro. He smacked 54 runs off four overs and finished the game with a reverse swept six off Nawaz.

Russell smashed Musa for two successive sixes but was struck on the helmet off the next delivery, then was caught at short third man in an eventful 14th over.