PSG Vs Bayern Munich, Live Streaming: When And Where To Watch Champions League Match 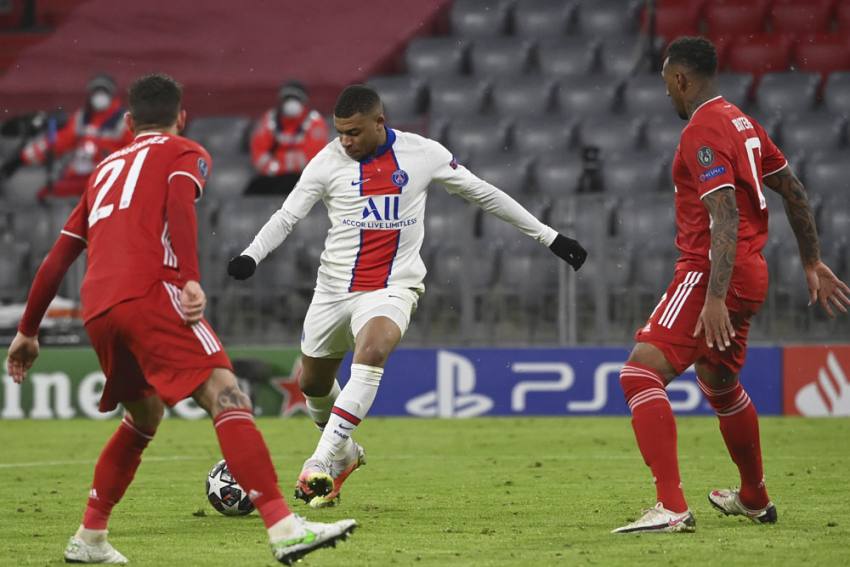 Kylian Mbappe, centre, was the star of the show in the first leg of the Champions League quarter-final tie between Bayern Munich and Paris Saint-Germain, scoring twice as the holders were beaten 3-2 in Germany.
AP Photo
Outlook Web Bureau 2021-04-13T11:33:33+05:30 PSG Vs Bayern Munich, Live Streaming: When And Where To Watch Champions League Match 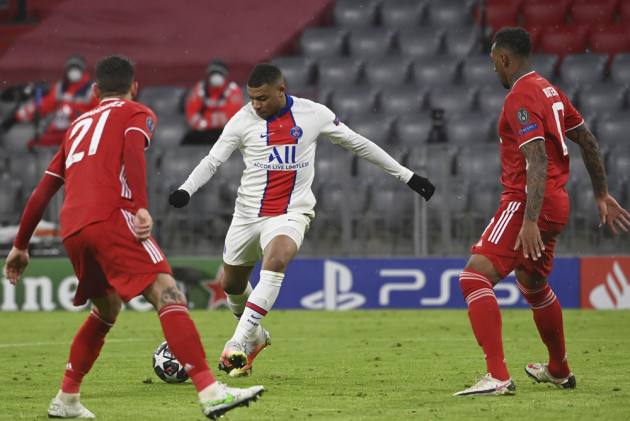 Holders Bayern Munich face an ultimate test in their bid to remain champions of European football as they face Paris Saint-Germain Wednesday night (India time). Hansi Flick's side lost the first-leg at home 2-3 as Mauricio Pochettino oversaw revenge of sorts for Les Parisiens. The Bavarians had defeated PSG 1-0 in the 2019-20 final. (More Football News)

Bayern's preparations, however, are being hampered by injury worries, internal divisions and persistent speculation over Flick’s future. The defending champions need to make up a one-goal deficit in the second leg to avoid going out.

Here are the teams:

Flick, who has clashed with sporting director Hasan Salihamidzic, even engaged in a verbal spat with Sky reporter Patrick Wasserziehr before Bayern’s 1-1 draw with Union Berlin in the Bundesliga.

And the German champions will once again without mercurial Robert Lewandowski, who despite stepping up his recovery from a knee injury, still remains unavailable. Serge Gnabry is also out, as is defender Niklas Sule, while Flick is waiting to see if left back Lucas Hernandez (bruised ribs) or midfielder Leon Goretzka (thigh) recover in time.

For the hosts, Kylian Mbappe, who scored twice in the first leg, is raring to go. The Frenchman even got the backing from Flick as a very strong Ballon d'Or contender. Should the 22-year-old score in the return fixture in Paris, he will become the first French player to reach nine goals in a single Champions League season.

Mbappe has scored 33 goals and provided 10 assists in 39 games this season in all competitions. Only Lewandowski (42) has scored more, while only the Poland star (50) and Tottenham's Harry Kane (45) have had more direct goal involvements.

Meanwhile, Pochettino has hinted that Marquinhos and Marco Verratti are unlikely to start the second leg. Verratti, along with fellow Italy international Alessandro Florenzi, missed the first meeting between the teams in Munich after testing positive for COVID-19.

Pochettino is well aware that the tie with Bayern – who he made clear are the best team in the world – is much tighter, meaning his players must find the right balance between retaining their slender advantage and also posing problems in attack for their opponents.

PSG have won all four of their previous games in which they have hosted the German side in European competition, while only three of the previous 50 teams to lose the first leg at home in a Champions League knockout tie have managed to progress.

How they lined up in the first-leg:

SA Vs PAK, 3rd T20I, Live Streaming: When And Where To Watch South Africa-Pakistan Cricket Match