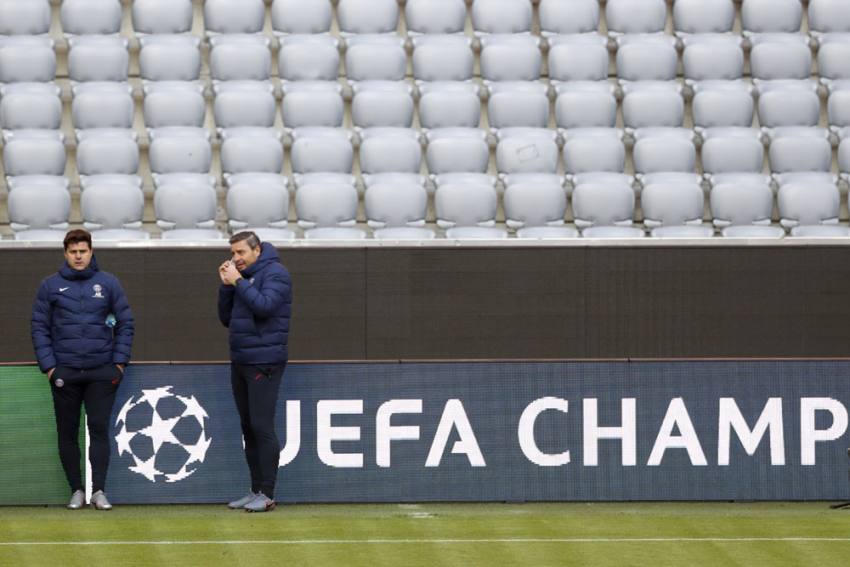 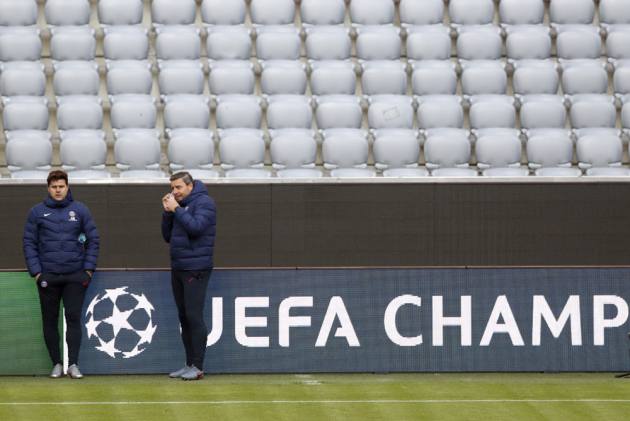 PSG advanced to the semi-finals for the second successive season on away goals after the blockbuster tie ended 3-3 following Tuesday's 1-0 loss at home to Bayern.

Ligue 1 champions PSG exacted some revenge after moving through to the final four, having lost last season's decider to Bayern.

PSG will face either Manchester City or Borussia Dortmund in the semis, while Chelsea are set to meet the winner of the Liverpool-Real Madrid clash.

Pochettino, though, dismissed the idea that PSG are the main contender to win the Champions League this season.

1 - PSG's elimination of Bayern Munich tonight is the first instance in Champions League history of the previous season's losing finalists eliminating the holders in the knockout stages. Revenge. pic.twitter.com/Q5rc6oQLtu

"I think we deserved to win both ties, but I don't think PSG are the main contender to win Champions League. There are still rivals in. We have qualified and Chelsea did today as well.

"We will see in the ties Man City versus Dortmund and Liverpool versus Real Madrid. Any team which is in semi-finals has the same options to win."

PSG's elimination of Bayern is the first instance in Champions League history of the previous season's losing finalists eliminating the holders in the knockout stages.

French giants PSG have reached the semi-finals for the second season in a row, after managing to reach the final four only once in their previous 11 campaigns in the competition before that – their first in 1994-95.

PSG, though, failed to score at home in the Champions League for the first time in 24 games, since a 0-0 draw with Madrid in October 2015.

Asked to pick between City and Dortmund, former Tottenham boss Pochettino – who led Spurs to the 2018-19 Champions League final – added: "We have faced Barcelona in last 16, playing two games, and we have disqualified Barca. We have also eliminated Bayern Munich in quarter-finals.

"We don't choose one or other rival. The one we play, we will try to beat them. If you are wondering we can or not beat them, we will see."

Tokyo Olympics Countdown: 100 Days To The Games Marked By Footnotes And Asterisks