Both former champions went into the match after a patchy run of form with more losses than wins in their previous seven matches but U Mumba's clever strategy finally paid dividends as they surpassed an error-prone Patna Pirates in a thriller. 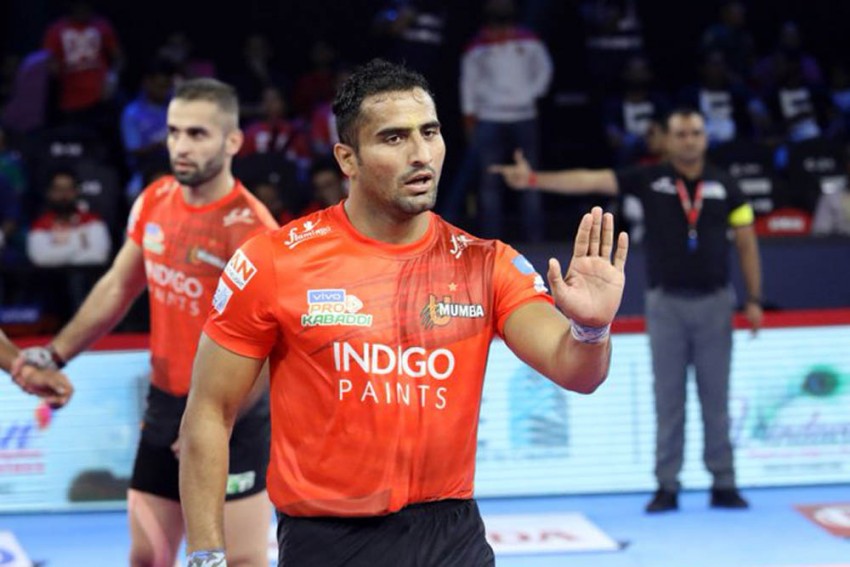 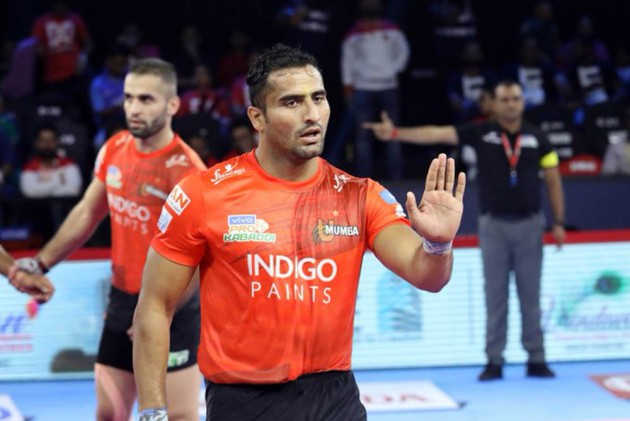 Rohit Baliyan sizzled with a last-minute Super Raid as heavyweights U Mumba edged out three-time champions Patna Pirates 34-30 in a crucial encounter of the Pro Kabaddi League season seven here on Friday.

Both former champions went into the match after a patchy run of form with more losses than wins in their previous seven matches but U Mumba's clever strategy finally paid dividends as they surpassed a error-prone Patna in a thriller.

The first half started brightly for the Pirates with Pardeep Narwal picking up a point in his very first raid and sending Mumbai's key defender Surinder Singh to the dugout.

But U Mumba weathered the early storm and clawed their way back in the game. Their star defender Sandeep Narwal produced a super tackle in the fifth minute to knockout Pardeep and level the points.

An error in judgment by Patna raider Jang Kun Lee, stepping out of bounds, handed another two points and the momentum to the Mumbai side.

Sandeep Narwal's all-round effort, which also saw him reach a Pro Kabaddi milestone of 500 points, and Athul MS' raiding more than covered up for the absence of their raider Abhishek Singh.

In fact, it was his 17th minute raid that fetched U Mumbai two crucial points and reduced Patna to a single player on the mat, paving the way for the match's first all-out.

The first half ended 22-9 in favour of U Mumba.

Pirates started the second-half strongly, largely due to the introduction of Harendra Kumar who brought more defensive stability into the team.

A much-improved performance from Korean raider Lee helped Patna close the gap on Mumbai and inflict an all-out in the 11th minute of the second half.

Mohammad Esmaeil Maghsoudlou's raid with seven minutes remaining on the clock took out both Surinder Singh and Sandeep Narwal to reduce the gap to 5 points.

The Iranian was in the thick of things for Patna in the final minutes with two successful raids.

The dying moments of the match were a frenzy with Patna sniffing another all-out but Rohit Baliyan produced a series of raids, including a super raid in the final minute of the match to see U Mumba through.

"We made a lot of advanced tackles and mistakes in the defence. Especially in crucial moments where the game should have shifted balance in favour for us," lamented Patna coach Ram Meher Singh who saw his side drop to ninth in the table.

U Mumba captain Fazel Atrachali blamed the referee's poor performance in the game but was also quick to point out that his side was perhaps a little lucky to go home with a win.

The Mumbai team's victory helped them climb to fourth in the table.