Leicester City underlined their status as Premier League title contenders after a 2-0 win over Chelsea sent the Foxes to the top of the table. 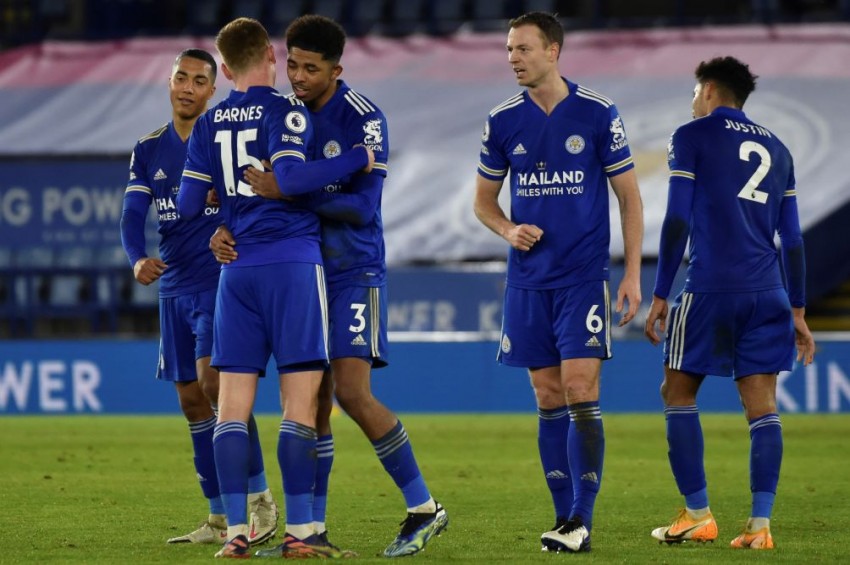 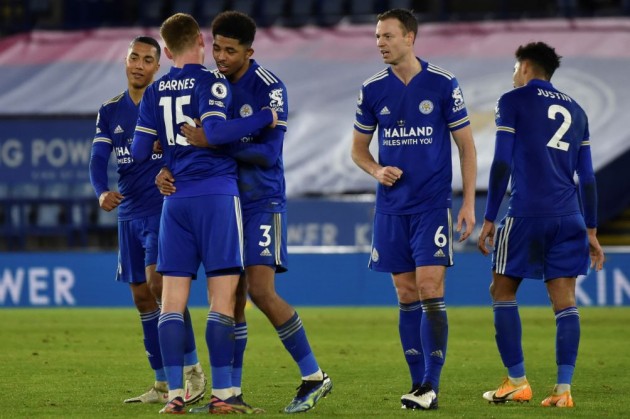 Leicester City underlined their status as Premier League title contenders after a 2-0 win over Chelsea sent the Foxes to the top of the table. (More Football News)

Under-pressure Chelsea boss Frank Lampard's hopes of building on a 1-0 win at Fulham last time out were dealt a blow inside six minutes when Wilfred Ndidi's strike from the edge of the area put Leicester in front.

After Chelsea were denied a penalty by VAR, James Maddison continued his rich vein of form to double Leicester's lead four minutes before half-time.

A lacklustre Chelsea side rarely looked like producing a comeback, meaning Leicester leapfrog both Manchester clubs to go top after 19 games or more for the first time since their title-winning 2015-16 campaign.

Lampard's side, meanwhile, find themselves nine points behind Leicester and five adrift of the top four.

Chelsea's failure to deal with a set-piece saw Leicester take the lead in stunning fashion, Ndidi's effort with the outside of his boot cannoning off the post and beyond Edouard Mendy after Harvey Barnes had scuffed Marc Albrighton's pull-back into his path.

Another long-range strike almost made it 2-0 as Maddison crashed a shot off the crossbar and, after Reece James and Thiago Silva tested Kasper Schmeichel, Mendy was forced to turn an ambitious attempt from Albrighton over the bar.

Callum Hudson-Odoi fired into the side-netting after good work from Christian Pulisic, with Jamie Vardy then failing to chip Mendy when through on goal, though replays showed he had strayed offside.

Leicester looked set to be punished for failing to build on their advantage when Jonny Evans tripped Pulisic and Craig Pawson pointed to the penalty spot, only for the VAR, Andre Marriner, to rule the contact had taken place outside the box.

Brendan Rodgers' men remained in the ascendancy after the break, James Justin off target with a free header and Youri Tielemans denied by Mendy.

Those missed chances proved immaterial, Timo Werner finding the net for Chelsea only to see the offside flag raised, with the club that shocked the Premier League in 2016 sending a fresh indication they could repeat the feat.

What does it mean? - Omens good for Leicester challenge

While so much of the focus has been on title contenders in the north west, Leicester are quietly unbeaten since a December 16 loss to Everton.

Leicester look primed to pose a serious threat to their more illustrious rivals, who do have games in hand on the Foxes.

More questions will be asked of Chelsea boss Lampard, however, his team having claimed just seven points from an available 24 since beating Leeds United to go top in December.

Three in a row for Maddison

Maddison has now scored in three straight league games for the first time in his career, the midfielder matching his tally from last season (6) despite having played 14 fewer games.

3 - James Maddison has scored in three consecutive league appearances for the first time in his career. Rampant. pic.twitter.com/0jh61jkrGV

After conceding again at the King Power Stadium, Chelsea have kept a clean sheet in only 17 per cent of their away games in the Premier League under Lampard. Among those to have managed in at least 10 away games, that is the lowest percentage of any Chelsea boss.

- Leicester City have won 30 of their 35 Premier League games when scoring first under manager Rodgers (D1 L4).
- Since the start of last season, only Newcastle (52) have conceded more away goals in the Premier League than Chelsea (50).
- Former Chelsea reserve-team boss Rodgers has now beaten all 34 of the teams he has faced in the Premier League as a manager – he had previously failed to beat Chelsea in each of his 11 top-flight attempts (D7 L4).
- Ndidi has scored more Premier League goals against Chelsea than against any other team, albeit only two, while three of his seven goals in the competition have come from outside the box.

Both teams turn their attention to FA Cup games on Sunday, when Leicester visit Brentford and Chelsea host Luton Town.