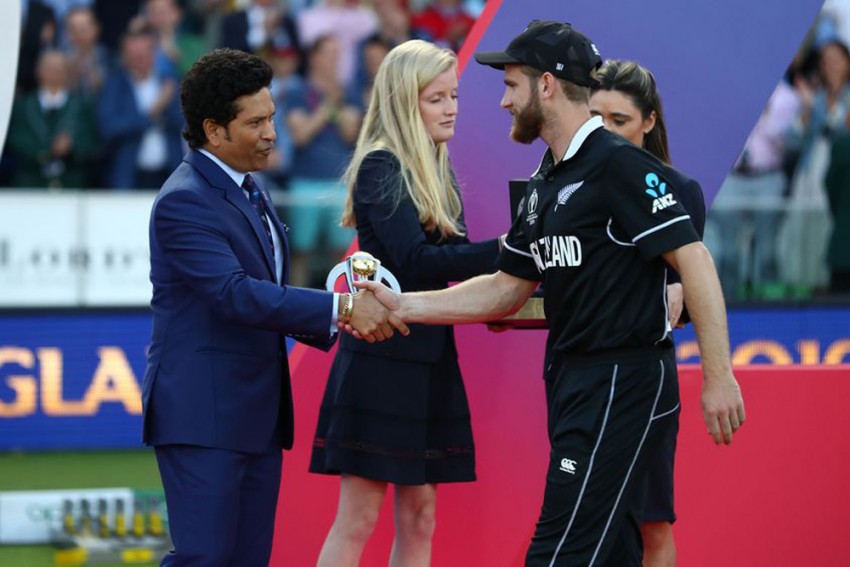 The 28-year-old shone with the bat in England and Wales, with no captain of any nation bettering the 578 runs he made in a single edition of the tournament.
Getty Images
Outlook Web Bureau July 15, 2019 00:00 IST Player Of Cricket World Cup Kane Williamson Says Personal Records Not Bigger Than New Zealand's Success 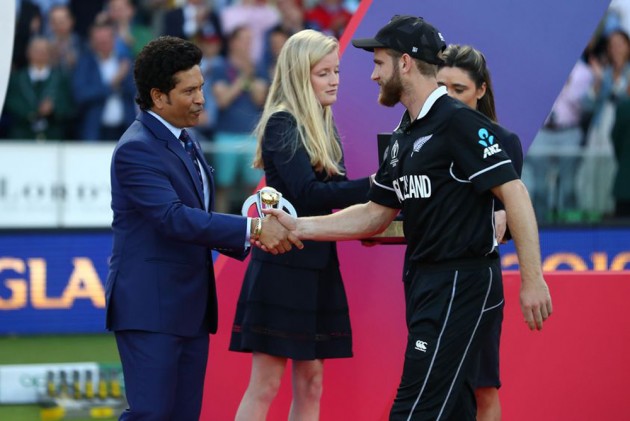 Kane Williamson’s record-breaking performances as New Zealand batsman and captain have seen him named Player of the Tournament for the 2019 Cricket World Cup. Williamson led the Black Caps to their second successive World Cup final and played his part in a jaw-dropping finale in which his side missed out to England following a nerve-shredding Super Over.

His side’s passage to the final was in large due to the work put in both in the field and at the crease, with few players reading conditions quite like the Kiwi skipper.

The 28-year-old also shone with the bat in England and Wales, with no captain of any nation bettering the 578 runs he made in a single edition of the tournament.

But Williamson, humble to the last, knows that it’s the support of his fellow squad members and those behind the scenes that have helped him to this particular accolade.

“Individual performances only contribute to something that is greater than what you produce,” he said.

“The idea is that you help the team get over the line. The only thing you think of is what more I could have done, especially in a game of fine margins.

“All our guys in our side should take a lot of pride. For me, individual accolades are always secondary to efforts that the whole squad, the support staff as well, put into the bucket.

“That was a huge part in us getting the opportunity to play in the final.

“That is always the main cause and the result of what I try and do.”

Two hundreds and two half-centuries provided the backbone of his tournament, beginning with 40 in his side’s narrow win over Bangladesh after not being required in the opening win of the tournament.

From there, Williamson’s World Cup was to go from strength to strength, scoring an unbeaten 79 against Afghanistan before a superb knock of 106 not out helped the Black Caps overcome South Africa.

But the best was yet to come, his 148 in a narrow five-run victory over the West Indies coming after both his openers were dismissed for first-ball ducks at Old Trafford.

On just one occasion did he fail to reach 30 in the entire tournament, with his 67 against India in the semi-final set to go down as one of the most significant scores in his country’s World Cup history.

Runs were hard to come by in Manchester but it was Williamson – as both captain and batsman – who had the reading of the conditions from ball one.

His 95-ball half-century was therefore vital, with his bowlers complementing him perfectly to complete the 18-run win and confirm their place at Lord’s.

And while the fairy-tale ending wasn’t to be, the man who took over captaincy duty from Brendon McCullum a year after appearing in a World Cup final for the first time certainly proved he was up to the task.

“I'd like to thank the New Zealand team for the fight they showed to keep us in the tournament, and get us this far,” he added.

“A tie in the final, to lose is devastating, the players have performed at such a high level through the tournament.

“Both sides showed a lot of heart, a lot of fight. For it to go to the last ball, and the last ball of the next match, it was pretty hard.”