Phenomenal Panghal: From Late-Comer At Training To World-Beater

Amit Panghal, the pint-sized dynamo from Rohtak, became the first Indian male boxer to claim a silver medal at the AIBA World Boxing Championships, which concluded in Ekaterinburg, Russia on Saturday 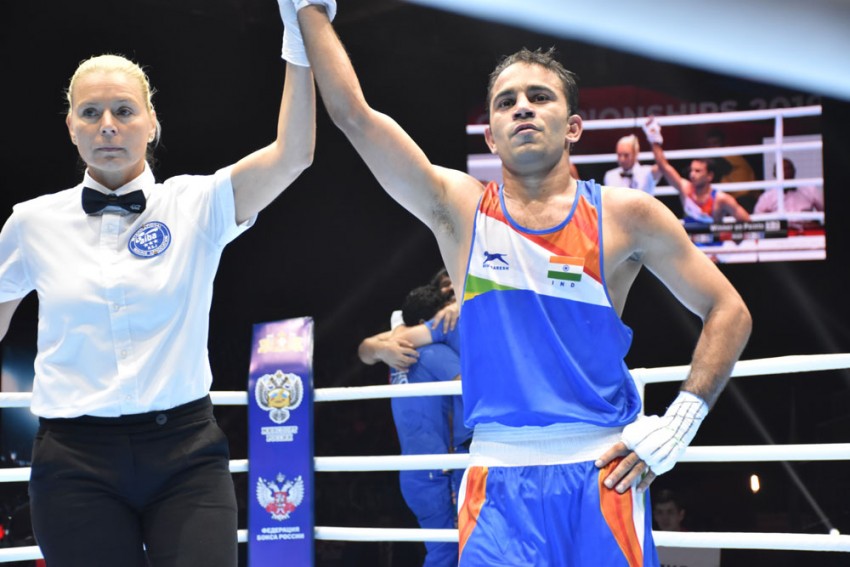 The second-seeded Panghal became the first Indian male boxer to finish second in the world event and the country achieved its best-ever medal haul of two.
PTI 2019-09-21T20:46:29+05:30 Phenomenal Panghal: From Late-Comer At Training To World-Beater 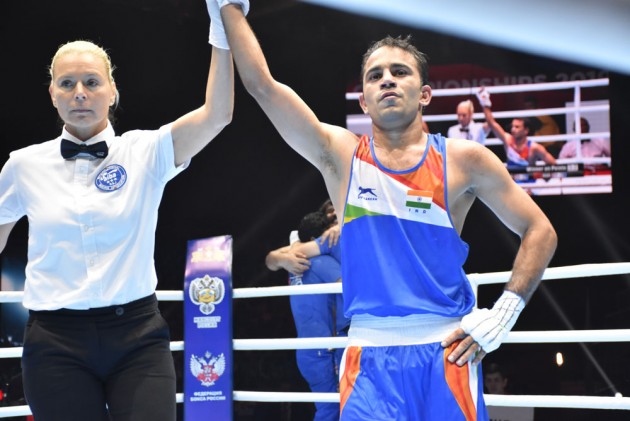 He is the first to a historic milestone in Indian boxing but there was a time when Amit Panghal would come in last. The last to knock on the training halls, the last to report back from camp leaves. (More Sports News)

The pint-sized dynamo from Rohtak became the first Indian male boxer to claim a silver medal at the World Championships, which concluded in Ekaterinburg, Russia on Saturday.

Speaking to PTI, Panghal (52kg), an Asian Games and Asian Championships gold-medallist, recalled with hearty laughter the times he "frustrated" coaches with his approach, which meant carefree to him but reckless to them.

Also Read: Amit Panghal Seeded 2nd, Gets Bye Along With Three Other Indians

"It's true, I used to leave the camp on weekends (off days), I just didn't have the patience. The coaches used to be furious at me but then that was me at that time. We just didn't have enough chhutti (holidays) and I was always tempted to make the most of whatever I could manage," the 23-year-old Indian Armyman said in a telephonic chat.

"Oh, we used to be so frustrated with him. He wouldn't come back from leave on time, wouldn't show up for training on time. But then he had this amazing eye-catching game, we just couldn't have given up on him despite the indiscipline," recalled national coach C A Kuttappa.

Also Read: Knew I Will Get A Medal, Says Manish Kaushik

The time they speak of was 2016, and a year later Panghal made quite a statement with a bronze medal on debut in the Asian Championships.

"I am so grateful to the coaches who didn't give up on me. Because of their patience, I began taking my game more seriously and there came a time when I went home just once a month, that too after the coaches would tell me to take a break," Panghal said.

But old habits die hard and Kuttappa, who fondly calls Panghal bacchu (child), revealed that even at the just-concluded world championship Panghal showed up late once for a training session.

Panghal couldn't help laughing about it either but he also pointed out a major change in his approach.

"Now I am the last to leave the training hall. Everyone leaves but I keep at it, I force them (the coaches) to be with me even on off days for training. They tell me 'bas kar yaar, hum jaa rahe hain ab'. My attitude to training has changed quite a lot but even now I am harassing coaches," he quipped.

"Earlier, I would leave (the training hall) without even cooling off but I am more patient now. I wait for my body to adapt before signing off. I adhere to the procedure with sincerity now," he added.

Speaking of adapting, Panghal has had to make major adjustments to excel in the 52kg category after a stellar run in the 49kg division. During the transition, he candidly confessed that he was unsure about how the change would pan out for him.

"It hasn't been as difficult as I first thought. But it has taken time for me to fit in," he said.

"Abhi bhi kahaan itna adjustment huwa hai (I haven't adjusted completely). I am only 65 to 70 per cent there in realising my full potential. I have managed to add power in my punches to negate the height disadvantage. It's crucial because I am mostly up against taller guys. But I am still a work in progress," he added.

Panghal prefers to be humble about his achievements, including unprecedented consecutive gold medals at the Strandja Memorial -- one of Europe's oldest and most fiercely competitive tournaments. He prefers to describe his phenomenal rise since 2017 a combination of some luck and loads of hard work.

But Kuttappa said there is more than just luck and hard work working in the diminutive pugilist's favour.

"He is incredibly clever. He improvises without being told to. So, he can be aggressive when the situation demands but would prefer to counter-attack mostly. His strategy is dictated by how sprightly an opponent is facing," the Dronacharya awardee said.

"In his mind, he always has a plan B and it doesn't need any of us to tell him when to switch to that," he added.

Panghal has no hesitation in saying, "I agree."

"I am looking forward to securing my place in the Olympics next, it will be another first for me."