The fifth season of PBL will kick off on January 20 and will continue till February 9 with the matches to be played in Hyderabad, Bengaluru, Chennai and Lucknow 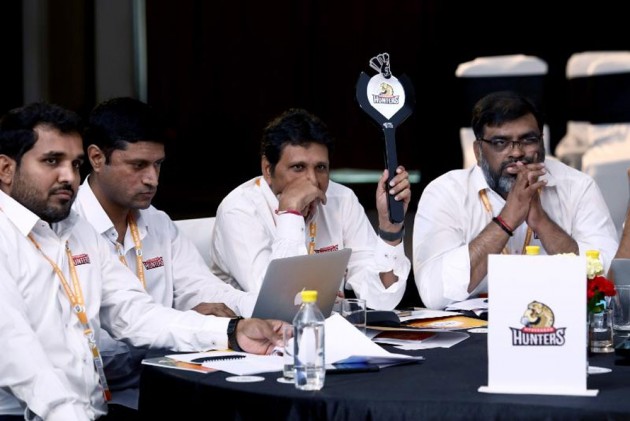 World No. 1 Tai Tzu Ying and Indias doubles poster boy Satwiksairaj Rankireddy turned out to be the most sought after players as they went to Bengaluru Raptors and Chennai Superstarz respectively while world champion PV Sindhu was retained by Hyderabad Hunters ahead of the fifth season of the Premier Badminton League (PBL) at New Delhi on Tuesday. (More Badminton News)

The fifth season of PBL, organised by Sportzlive under the aegis of the Badminton Association of India, will kick off on January 20 and will continue till February 9 with the matches to be played in Hyderabad, Bengaluru, Chennai and Lucknow.

The Taiwan ace, who will be spearheading the challenge of the defending champions, became the most expensive non-retained player at the auction as she was snapped by the Bengaluru franchise for Rs 77 lakhs. Rankireddy, who won the Thailand Open in August alongside Chirag Shetty, saw intense bidding from the teams before the 19-year-old went to the Chennai team, rechristened as the Chennai Superstarz this time, for a whopping Rs 62 lakhs.

Having created history as the first Indian to be crowned the world champion, PV Sindhu was retained by the former Champions Hyderabad Hunters for a second consecutive season for Rs 77 lakhs. The in-form Sourabh Verma will spearhead the men's singles challenge after being bought for Rs 41 lakhs and in doubles Sikki Reddy will appear for Hyderabad for the first time.

"We could manage a team which is not only competitive but also have a local connect with PV Sindhu, Sikki Reddy among others being part of the team. We are confident that our fanbase will grow even further this season as we look to give the fans some memorable performances," said Hyderabad Hunters owner VRK Rao, Chairman, Agile Group.

After some spirited performances throughout the season that saw him reaching the final of the Canada Open, 2014 Commonwealth Games champion Parupalli Kashyap was the next costliest Indian shuttler to be sold to Mumbai Rockets for Rs 43 lakhs. Lakshya Sen, who won four titles in the past two months, will turn out in Chennai colours after the Season 2 champions got him for Rs 36 lakhs.

The Bengaluru Raptors will also be bolstered by the presence of World Championships bronze medallist Sai Praneeth, who renewed his ties with the team for Rs 32 lakhs. The other half of India's top men's doubles pair, Chirag Shetty will also remain with Pune 7 Aces after they retained him for Rs 15.5 lakhs.