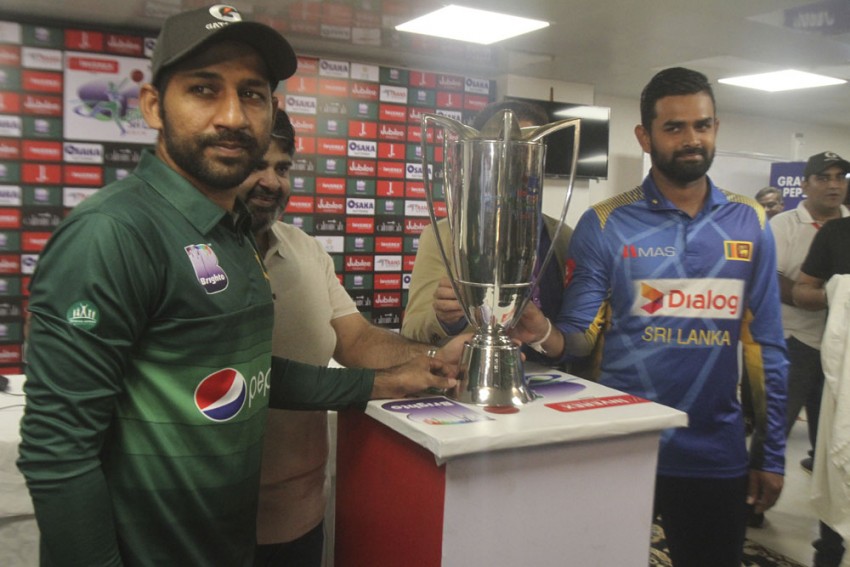 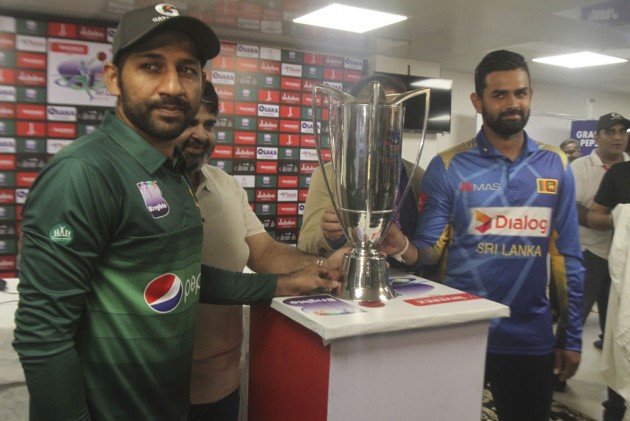 Finally, Pakistan celebrated the return of international cricket in their country with a convincing 67-run win over a depleted Sri Lankan side, which indeed tried to make a match against a far superior side, in the second match of the three-match ODI series at Karachi on Monday. The keenly awaited match was threatened by a couple of stoppages thanks to one unwilling floodlight tower at the National Stadium. And one would wonder if the stoppages had helped the hosts. Until the 39th over, when the second stoppage happened, the visitors were in the game with Shehan Jayasuriya and Dasun Shanaka, looking in great touch. But they lost both the set batsmen in three balls - Jayasuriya (96) and Shanaka (68).  Then, it was a romp for Pakistan, with left-arm pacer Usman Shinwari claiming his second five-wicket haul. Earlier, batting first, Pakistan got off a very good start with openers Fakhar Zaman and Imam-ul-Haq posting 73 runs, then Babar Azam hit a brilliant hundred. They ended up setting a steep 306-run target for the visitors.

Three days ago, Pakistan were supposed to host their first 'big' international match at Karachi and announce to the world that it's safe to play cricket in the country. But the rain gods had other plans. The National Stadium in Karachi, the venue for the much-vaunted match,  became a lake. Literally. And the series opener between Pakistan and Sri Lanka was abandoned. That's the unplanned part. The plan for the hosts, however, was to use this series – comprising three ODIs and an equal number of Twenty20 Internationals – albeit against a second-string Sri Lankan side, as a grandstand to present a ‘terror-free country’ Pakistan and it is now safe to stage international sporting events, and also to start the Misbah-ul-Haq-Sarfaraz Ahmed era. With very little chance of rain today, Pakistan will hopefully manage to provide a spectacle, a sporting one.

Sarfaraz, who escaped the sacking after their dismal outing in the ICC World Cup, has got a full-strength team. Against an exodus-hit Sri Lankan side, Pakistan will start as the favourites, irrespective of the playing condition, especially after Friday's deluge. For the visitors, who too endured a forgettable World Cup campaign amidst mismanagement, will hope for their unheralded players to seize the moment. This tour is more about finding the answers and see if Lions can still play cricket.

Get highlights and cricket score of second ODI here: